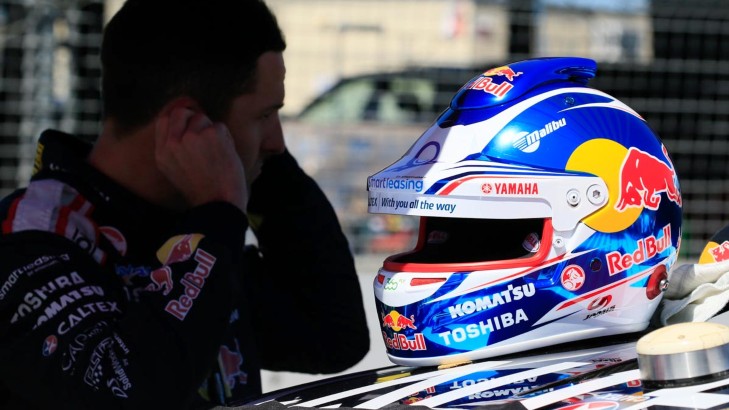 Jamie Whincup earned his first V8 Supercars race win since August today, but is now officially out of contention for the 2015 Championship.

Sitting eighth in the title fight, it would have taken a miracle to win this season. But with 750 points remaining, and 771 the difference between he and leader Mark Winterbottom, Whincup will need to hand the #1 over next season.

While Whincup suggested it could be difficult giving up the number one, he wasn't worried about that today.

"It's been my best day I have ever had in New Zealand to be honest -I am having a good day," he said.

"Maybe someday in the future it won't be so good when I realise I am going to have to hand that number over to someone else.

"But I've had a fantastic four years representing it and I will happily pass it over to the guy that deserves it the most."

Whincup had to revert back to the team's #88 in 2011 after James Courtney nabbed the title at the final round in 2010.

But remarkably the six and 'all-time' champ has finished in the top two for the past eight years, coming runner-up to Garth Tander in 2007.

After his efforts today, Whincup leads the charge for the Jason Richards Memorial Trophy, which he expressed would mean a lot to him.He and the late Kiwi driver it is named for were teammates in 2005 and finished on the podium at Bathurst together that year.

The Red Bull racer currently sits eighth in the points after his run in NZ today.