Despite yet another disaster at Mount Panorama on Sunday, Jamie Whincup insists he still loves the Supercheap Auto Bathurst 1000.

Whincup’s run of Bathurst woe extended to six years after a promising build-up to the 2018 race culminated in a wheel falling off his Holden on lap 40 of 161 while running second.

The issue, which the team says was likely the result of simply not being tightened enough at the previous pitstop, dropped Whincup and co-driver Paul Dumbrell nearly two laps down.

“We felt like we had a really good opportunity and boom, it got us,” surmised Whincup, whose fourth and most recent Bathurst win came in 2012.

“That’s what the Mountain is all about, we know this when we sign up for this motorsport game.

“Especially coming to Bathurst, you know that anything can happen, and it did. That all adds to the emotion when you do stand on that top step of the podium.

“I won’t have a stupid amount of opportunities left, but I’ll keep trying and just pray that one day I’ll win another one.”

Asked if the run of outs has made him like Mount Panorama any less, Whincup added: “The best things in life are the toughest ones.

“When you learn something quickly, you’ve got something you can pick up and everyone can do it, you don’t get the most satisfaction out of it. 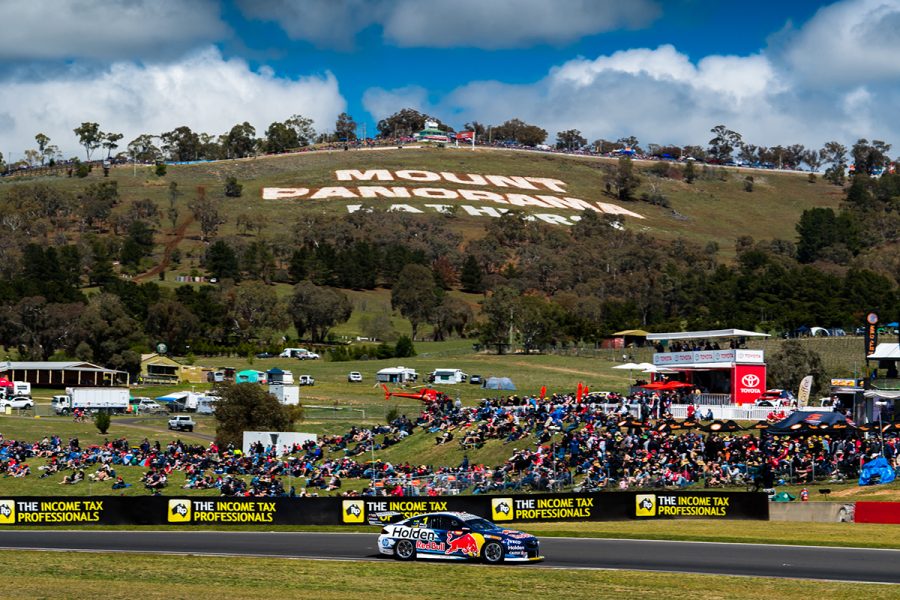 Car still had speed to win

Dumbrell’s trip back to the pits on three wheels damaged the car’s front anti-rollbar adjuster link, which hampered progress before being replaced at a pitstop nearing lap 100.

After that, Whincup felt the car was ’98 percent right’, with the exact fit of the replacement splitter not perfect, but good enough for the car to be fast.

“We had older tyres on in the middle there,” Whincup explained when asked of the car’s pace after the suspension was fixed.

“We’d used all our good tyres when we were a lap-and-a-half down to try and give us the opportunity to come back.

“But then when we had tyre-for-tyre at the end, I think we were as quick as anyone.

“We got a Safety Car to get our lap back, we were happy with that, but we just needed one more to get to the back of the pack and have any chance of coming through.”

Whincup’s wandering wheel also hurt his already-slim championship chances, with the deficit to leader and team-mate Shane van Gisbergen back out to 404 points.