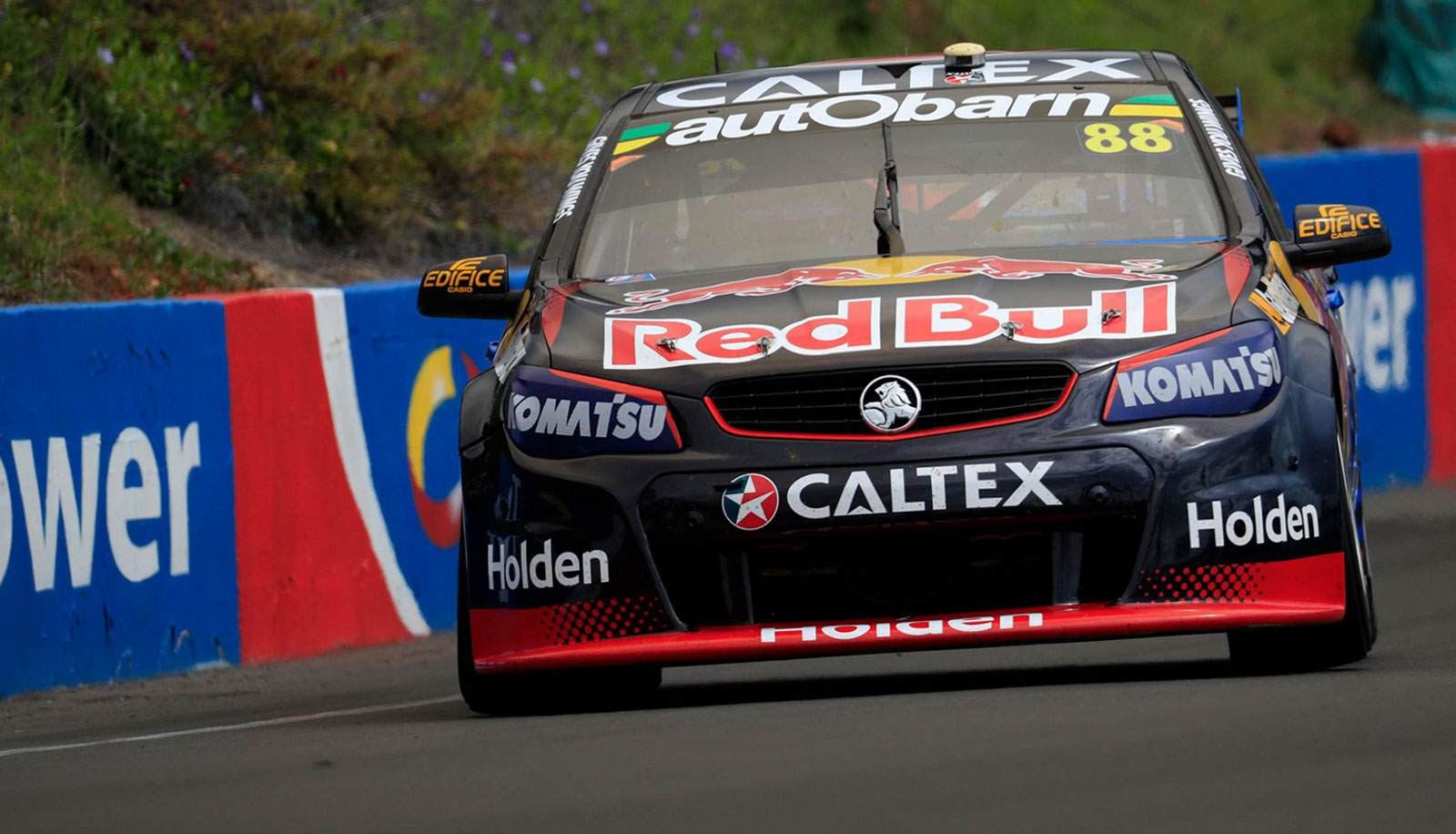 Jamie Whincup is out to “break the hoodoo” of starting from ARMOR ALL Pole Position at the Supercheap Auto Bathurst 1000.

The six-time Supercars champion and four-time winner of the race secured the P1 start with his 2min05.4263 in an intense Top 10 Shootout this evening.

The only time the star driver has started from pole position was in 2013 and he finished second to Mark Winterbottom.

Will Davison/Garth Tander (Holden Racing Team) were the last combination to win from pole back in 2009, with Rick Kelly/Greg Murphy (Kmart Racing) doing it in 2003. It has only been done 11 times since 1968.

Whincup and co-driver Paul Dumbrell have been dominant this year, though Jack Le Brocq and Chaz Mostert managed to top sessions in the practice runs.

“There is a voodoo on getting pole at Bathurst, but it's great to be starting up the front and I hope Paul (Dumbrell) and I can shake the stigma of claiming pole around here,” Whincup said.

“You try to not overthink the race, I will put this behind me and start fresh tomorrow."

Whincup acknowledged his crew, which made the right call with setup for the shootout and have given him a fast car this weekend.

The team completed a precautionary engine change overnight for his #88 Red Bull Commodore and it was on the pace for qualifying, locking in the last slot in the afternoon’s one-lap dash.

“I’ve got one part of the job driving the car but there’s a big team of people working on the rocket ship and it’s been very quick all week.

“We nailed the setup for the shootout – the car’s very good, turned into turn one and it gave me massive feedback, ‘we’re on here’ so I just talked myself into it. You go up to Mountain Straight to have a crack over the top and the car did everything I needed it to. A little bit slow up and down but certainly good up the top.

“There’s this myth going around that you can’t win the race from pole and you don’t want to be there but we’ll try and turn the tide tomorrow.

“It’s just nice to start on the front row because sometimes there is a bit of drama at one and two so you can stay out of that.”

Whincup’s last Bathurst win was with Dumbrell in 2012 – they started from second that year.