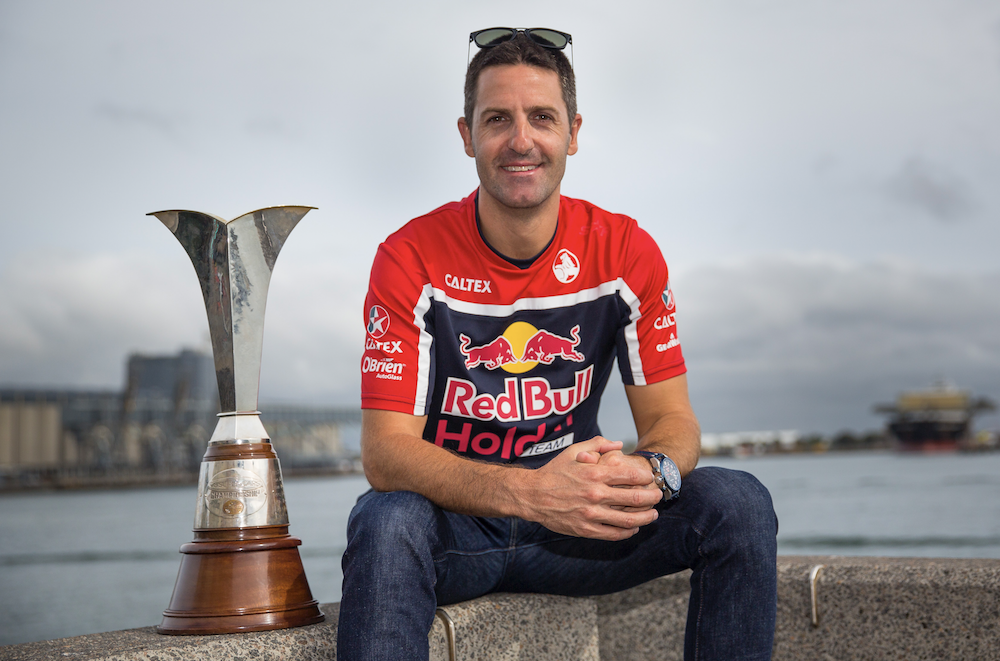 Jamie Whincup stunned the Supercars fraternity at Monday night’s Gala Awards as he spoke candidly on the ‘massive sacrifices’ behind his 2017 title victory.

Whincup extended his position as the championship’s all-time great by winning a seventh title on Sunday in a dramatic finale at the Coates Hire Newcastle 500.

The latest triumph, which Whincup has dubbed his greatest yet, came three years after his previous title.

Beaten by team-mate Shane van Gisbergen to the championship last year, Whincup came back firing in 2017 and won despite not having the fastest car for the bulk of the season.

Asked by Gala host Jess Yates how much satisfaction he took from the victory, Whincup made reference to some "big calls" he made at the end of last year.

Whincup split with long-time partner, Courtney Nicholson, last December just prior to their planned wedding, which surprised even his closest friends and family.

“Massive, massive sacrifices had to be made,” said Whincup, who rarely speaks publicly about his private life.

“I would have loved to have walked through the door with a wife tonight, but the reality is it’s the silverware or that.

"It’s pretty scary. I had to make some big calls at the end of last year.

"We’ve dug deep, had to stay off the alcohol, that was painful for a few months, but we got the job done.

Whincup thanked his Red Bull Holden Racing Team for their efforts during the season, noting the difference between this and previous championship-winning seasons.

“It’s quite embarrassing that there’s one name on the trophy when it’s a massive team sport,” he said.

“We’ve won the engineering battle for many years and won through pure pace, but this year there were some cars that were equally as fast as ours, not faster but equally as good.

“We certainly had to dig deep and I feel like this one is very, very special because we won as team on the day.”

Whincup also walked away from Monday night with the Drivers’ Driver award, where drivers vote for one of their peers based on their on-track conduct through the season.

Won by Lee Holdsworth and van Gisbergen since it was introduced in 2015, Yates quipped that the accolade now means Whincup has “literally won everything”.

“It’s obviously a massive deal. Clearly I haven’t punted too many people off this year,” he smiled.

“I do race hard. I’d like to think that I’m fair most of the time, but to be voted by the people out there shedding blood week in, week out, my peers, it’s great.”

Asked to nominate his favourite on-track battle of the season, Whincup points straight to the season finale.

“Battling for this championship, what that does to you mentally, it doesn’t matter how many times you talk yourself out of it, going for that championship plays havoc on your mind,” he said.

“It wasn’t a nice position for me and Scotty [McLaughlin] on Sunday, but that battle is what you look back on and truly, truly love.”

UPDATE: Nicholson took to Instagram today to respond to Whincup’s comments, breaking her silence on their split.

“Those that know, both in the motorsport industry and outside, know that I was never an obstacle to this man’s success," she wrote.

“Jamie’s speech was written in order to make himself feel better about his own fears and actions over the last 12 months.

“To place him on a pedestal and allow him to say he can discard a person like a possession is not ok.

“I am not saying poor me, I will be better off without him... but please don’t say poor him. The trophy will keep him warm.”