Whincup shot to the top with six minutes remaining in the 20-minute session with a 1:12.019s, which was the fastest time of the weekend.

Such was Whincup's confidence, that he got out of his car before the chequered flag flew.

The big shock of the session was again Chaz Mostert, who is Whincup's primary title rival.

Mostert, who slumped to 17th in Saturday qualifying and was only 14th in the race, was bumped to 12th at the death, and again missed a Top Ten Shootout berth.

Cameron Waters, who was a lowly eighth in Saturday's race, found pace in his #6 Monster Energy Tickford Mustang to hit the front with a 1:12.164s flyer.

However, he was immediately displaced by Whincup, who will roll out in the afternoon shootout aiming for a 90th career ARMOR ALL Pole Position. 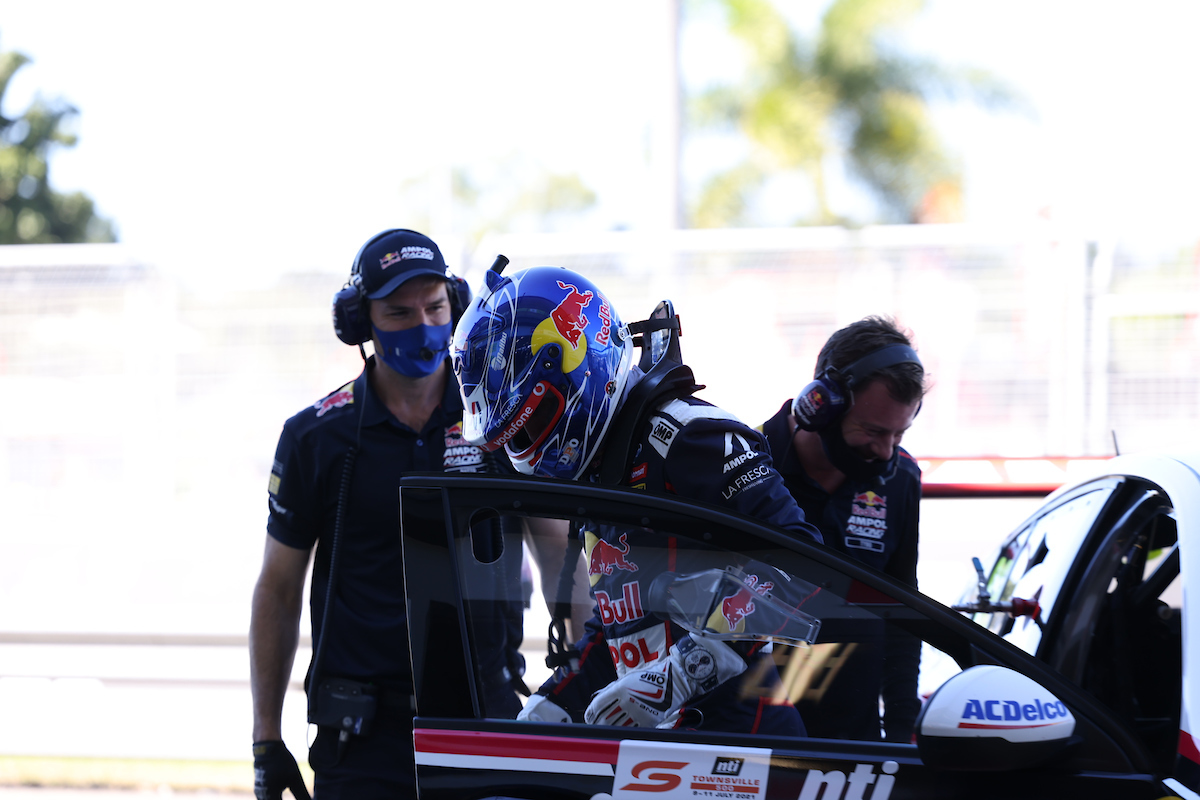 Friday pace-setter David Reynolds, who finished fifth on Saturday, was sixth ahead of Nick Percat and Will Davison, with Todd Hazelwood and Tim Slade rounding out the top 10.

Cars will return to the track for the ARMOR ALL Top Ten Shootout at 12:05pm AEST, which will set the grid for Race 16.