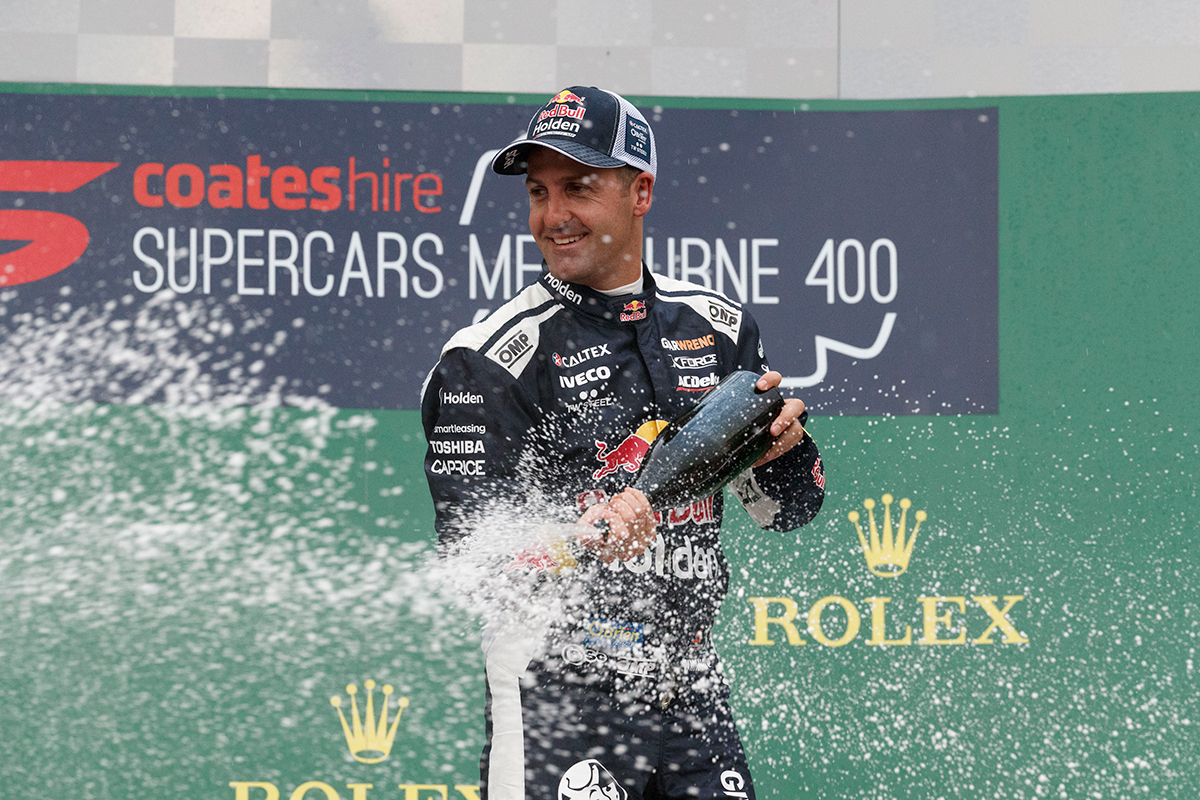 Jamie Whincup is in the box seat to add the inaugural Larry Perkins Trophy to his already-large array of Supercars silverware.

With a pair of second-place finishes and a victory in the first three legs of the Coates Hire Supercars Melbourne 400 at Albert Park, Whincup leads the points entering the 13-lap final.

Whincup has 234 points to his name to lead the weekend’s other two race winners in Scott Pye on 192 and Scott McLaughlin on 186.

With 50 points on the line on Sunday, Pye and McLaughlin are the only possible challengers for the accolade, even if their chances require another victory and a Whincup DNF. 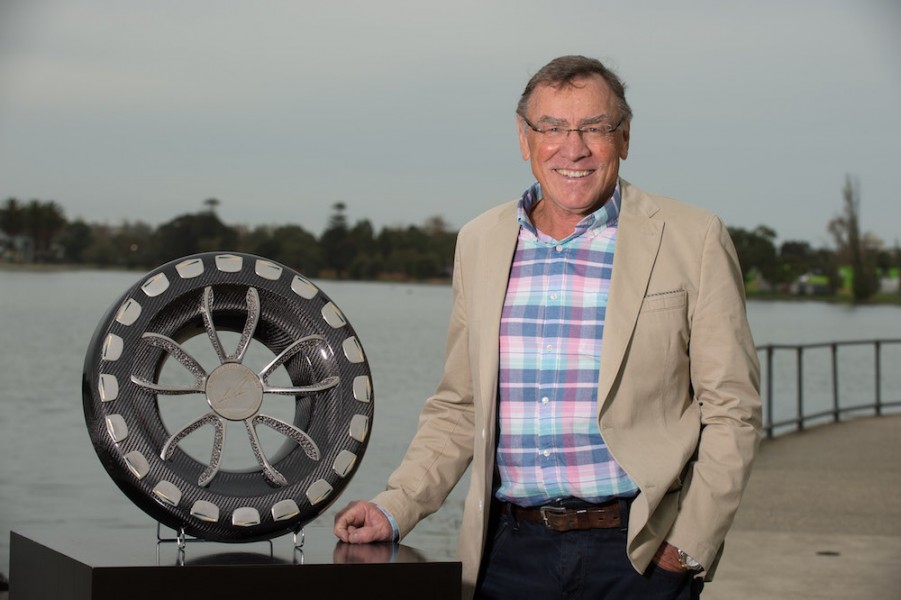 Larry Perkins with the new trophy

The Red Bull Holden Racing Team driver will lead the field away on Sunday, with Pye to start fifth and McLaughlin ninth.

Behind McLaughlin in third, Fabian Coulthard, Nick Percat, Shane van Gisbergen and Tim Slade are all covered by just 17 points.

The Albert Park points system means only a points penalty would stop van Gisbergen heading to the next event at Symmons Plains without the Supercars championship lead.

With 50 points on offer in Sunday’s final sprint, van Gisbergen leads McLaughlin by 71, while Whincup has moved up from 18th to seventh - 128 adrift - in recent days.

This weekend's final race, the sixth of the 2018 Supercars season, starts at 1:45pm.