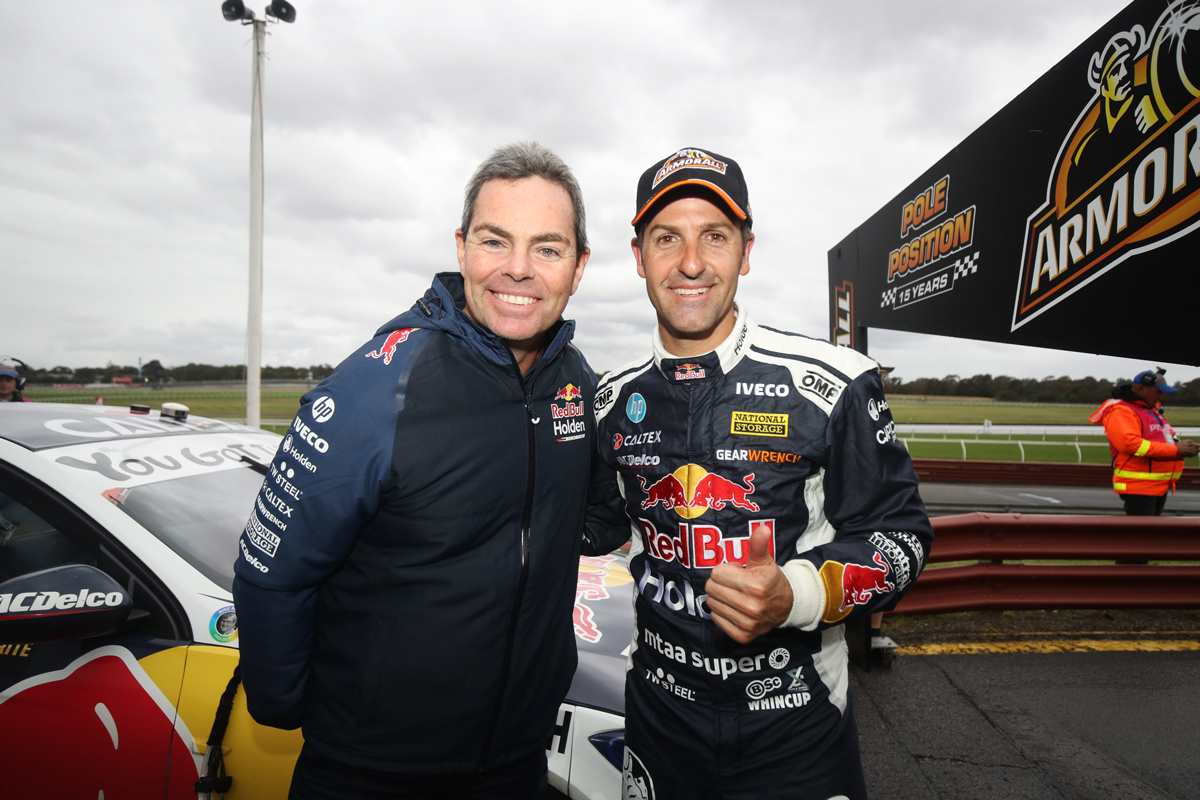 A wet track greeted the drivers for the 20-lap contest, with 11 bravely choosing slicks, while Whincup and the bulk of the front-runners took wets, which proved the right option.

Starting from pole after Craig Lowndes’ triumph in the earlier co-drivers race, Whincup got away cleanly and quickly opened up a comfortable margin at the front of the field.

By the end of the race, that buffer had grown to 7.3804 seconds to runner-up Andre Heimgartner, who scored the best result of his career to book a front-row grid slot for tomorrow.

“We've been a little bit hit and miss in the wet this year,” said Whincup.

“[David] Cauchi did a great job obviously with the strategy with the tyres.

“The car was good and poles have been few and far between this year, so we'll certainly take this one.

“It's always touch and go, but that's why the engineers gets the big bucks to make the right calls and today we made the right one.”

While the #888 had a superb outing, disaster struck for teammate Shane van Gisbergen at the start.

The 2016 champion got into Turn 1 too hot and collected second-placed starter Anton De Pasquale.

The contact caused the Penrite Racing Holden to spin and left van Gisbergen to limp back to the pits for a DNF.

While De Pasquale was handed a pitlane penalty for the incident, van Gisbergen was quick to admit fault.

The 11 drivers who started on slicks all lost out, finishing behind all 13 wet-tyre cars still running. Cameron Waters was the best of the slick runners in 14th.

David Reynolds passed Scott McLaughlin for third to join Whincup and Heimgartner on the podium.

Will Davison also found a way by the #17 Shell Mustang driver, who was fortunate to hold fifth with teammate Fabian Coulthard acting as a rear-gunner from seventh-placed Lee Holdsworth.

Brodie Kostecki was at the front of a group of big movers in an impressive eighth, having started from 21st.

Chaz Mostert made up 16 places to finish ninth, ahead of James Courtney at the back of the 10.

The finishing order of this afternoon’s race doubles as the grid order for the 500km main race tomorrow.