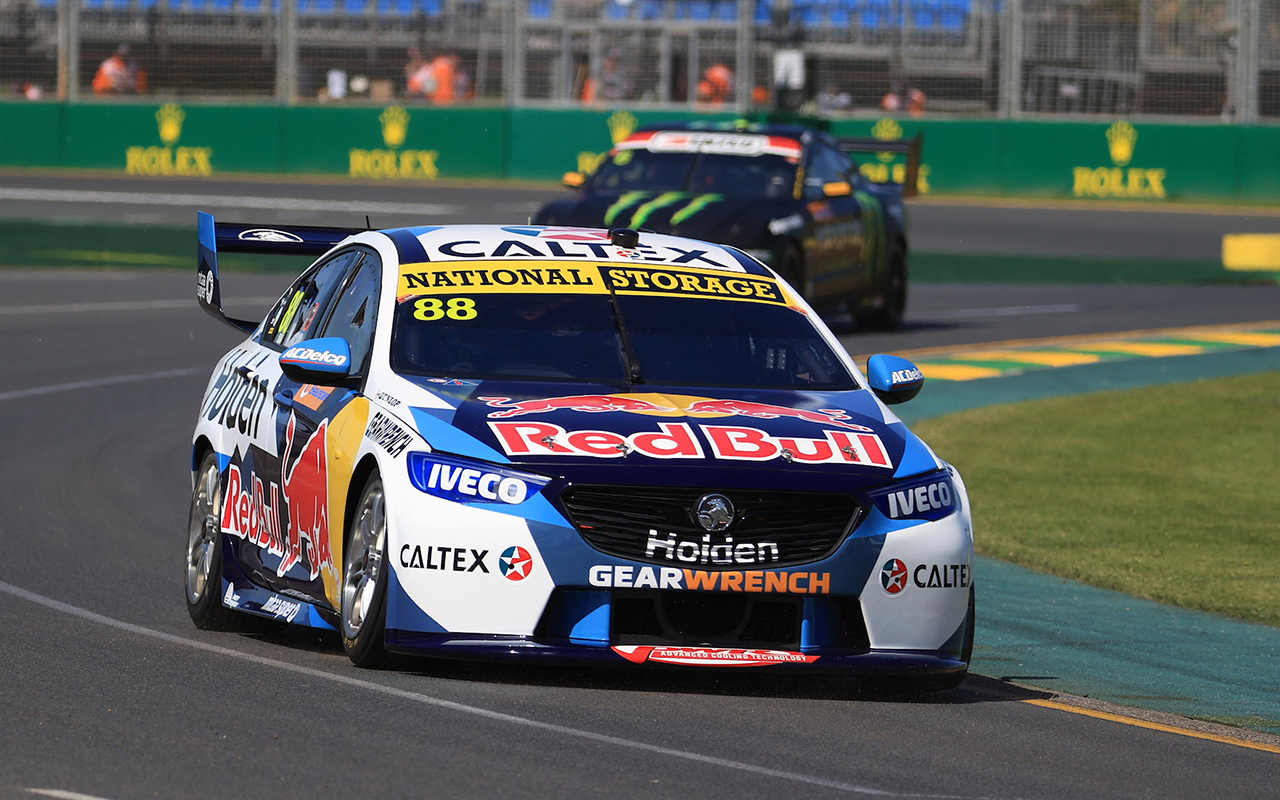 Shane van Gisbergen and then Whincup each jumped to the top of the timesheets on their final flying laps, the latter posting a 1:56.4196s.

Van Gisbergen was a little under two tenths back, just ahead of Lee Holdsworth who had sat in first place for almost the entire half-hour session.

Many drivers switched between hard and soft compound tyres during the session, as they prepare for the weekend’s mixed tyre format.

Holdsworth spent the entire session on soft rubber, noting: "You've got to be on it that first lap because the tyres degrade so quickly.

"We've got less aero here this year, and the car is a lot harder to drive."

The only Mustang drivers outside the 10 were Cameron Waters and Scott McLaughlin; the Shell V-Power Racing star however was on the fastest lap of the session before aborting, leaving him an unrepresentative 13th. 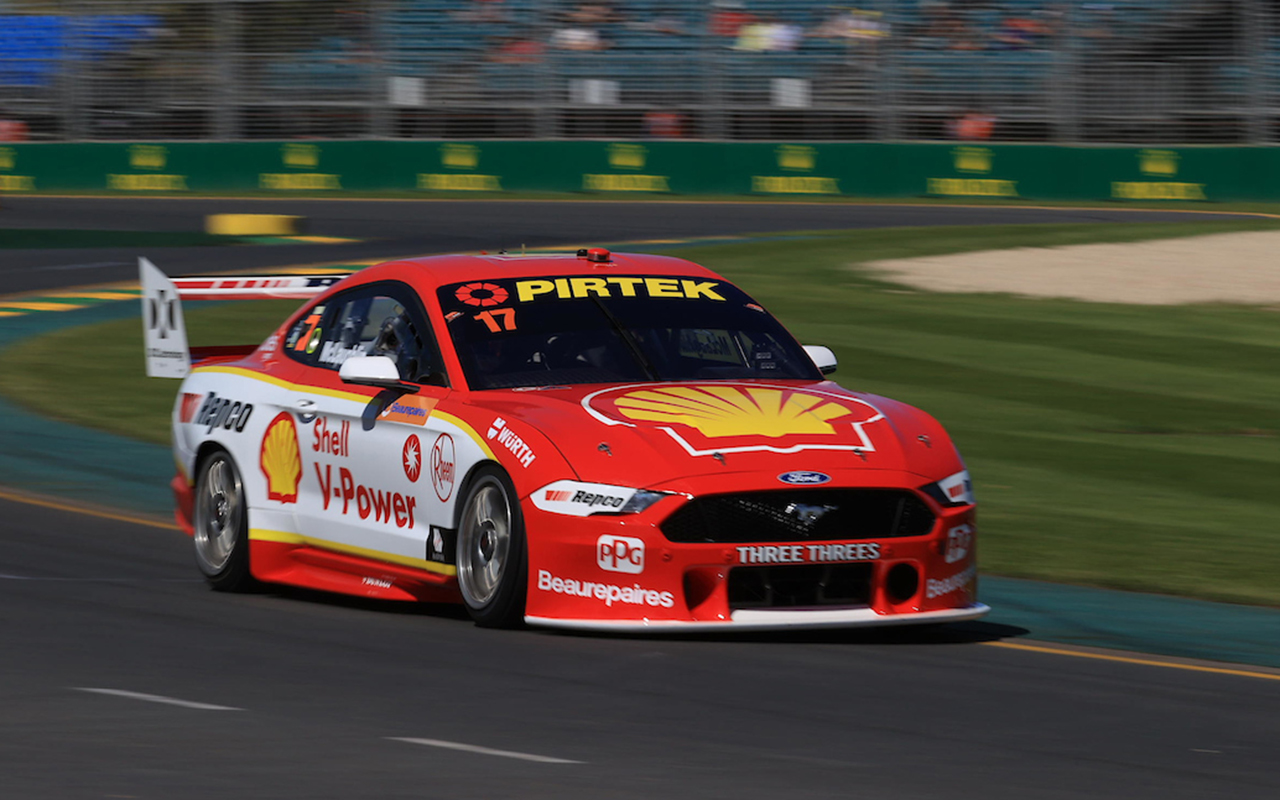 "It was nice to get a really long run on the hards to get a feel for the car on the hard tyre," said McLaughlin.

"Then when we transitioned to the soft the car really didn't feel that much different, so it's really feeling good."

Asked if the team did not want to show its hand on the final lap, McLaughlin added: "No point now, do it when the money comes."

Between the Ford sandwich was Chaz Mostert, Nick Percat and Todd Hazelwood in ninth, 10th and 11th.

It was a troublesome session for Penrite Racing and Team 18.

Anton De Pasquale spent much of the session in the garage with an undisclosed issue, while Scott Pye stopped out on track near Turn 8, bringing out red flags that cost more than five minutes.

Chris Pither was an impressive 14th while his new Team Sydney teammate Alex Davison was 23rd – having set a time good enough for 17th deleted for exceeding track limits.

"We were thrown in the deep end as a team at Adelaide and I think it was a mean feat in itself, just the whole situation for Jono and his whole crew there to get us a start was huge," said Pither.

"We had our challenges, but we came into this weekend much better prepared already and I think that shows there.

"We've still got a lot of room for improvement, but the main thing is for me and the team that we're making small steps forward and I think we've done that in Practice 1, but we need to carry that into the weekend."

Jake Kostecki was 22nd in the first session of his solo debut for Matt Stone Racing.