Jamie Whincup heads into tomorrow's 200km race at the ITM 500 Auckland with one hand on the Jason Richards Memorial Trophy, after taking a win and a second place in today's two sprint races.

The 'JR' Trophy is named in honour of the late Kiwi V8 Supercars Championship driver Jason Richards, who lost his battle with cancer in 2011.

Awarded to the top points scorer at Pukekohe Park Raceway since 2013, it has been won by Brad Jones Racing's Jason Bright in 2013 and Prodrive's Mark Winterbottom in 2014.

Bright took a sentimental victory in 2013, as he was Richards' last teammate at BJR before Richards was forced from the sport due to illness.

Whincup, who has had a tough year after a four year Championship streak, said winning the JR Trophy would mean a lot to him. Whincup earned his first Supercheap Auto Bathurst 1000 podium with Richards in 2005. 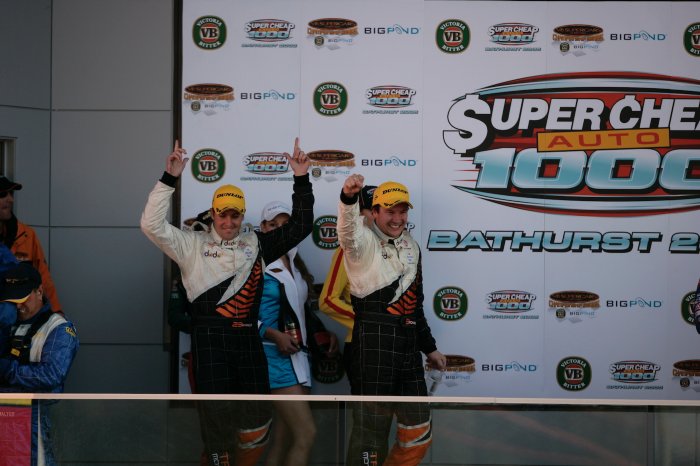 "It's nice to have such a prestigious award up for grabs in the JR Memorial Trophy," Whincup said.

"We're not counting our chickens until they hatch, but it's good to be in the position I am now. We'll come out and fight hard tomorrow."

Unfortunately for Bright and BJR, he did not finish Race 28 and didn't start Race 29, ruling him out of contention for the coveted award in 2015.

Shane van Gisbergen and Scott McLaughlin will be pushing hard to be the first Kiwi to win the award, dedicated to one of New Zealand's favourite sons.

2014 winner Winterbottom is still in contention to take his second 'JR' trophy, but will need some luck in tomorrow's 200km feature.

The ITM 500 Auckland continues tomorrow with a practice session in the morning, followed by qualifying and a 69-lap, 200km race in the afternoon.