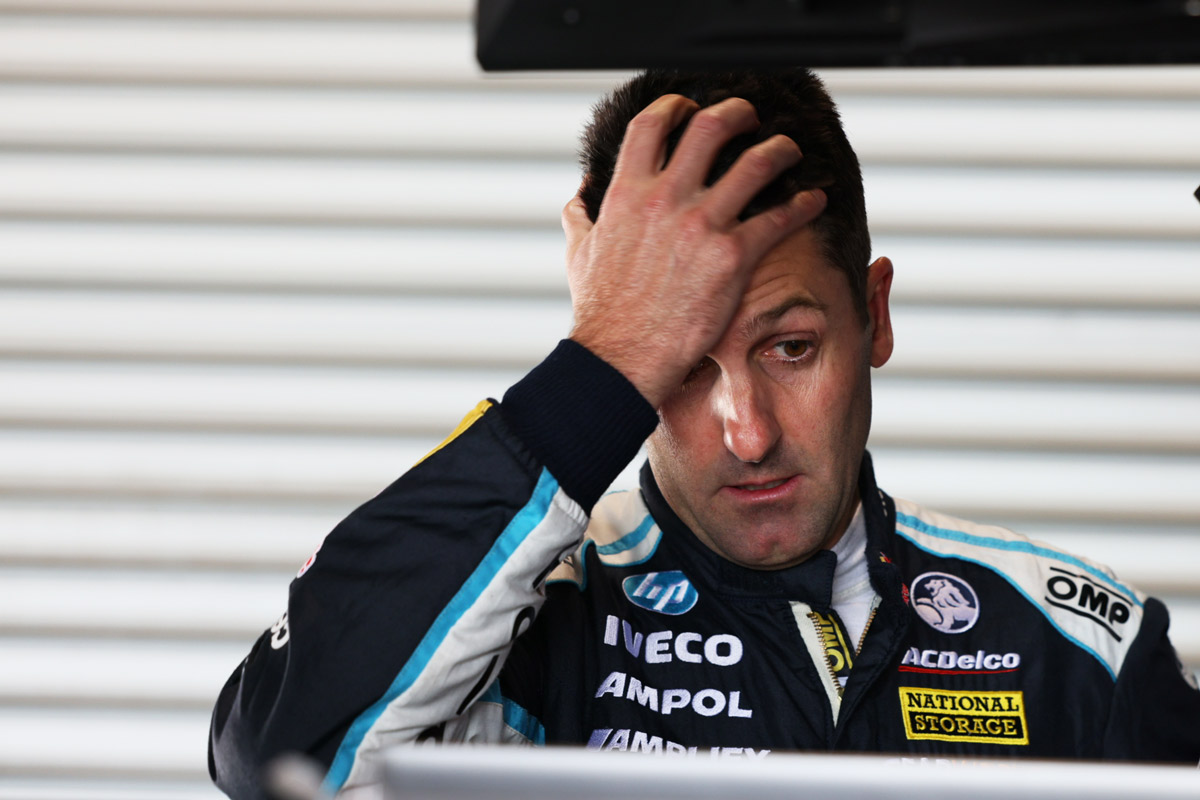 Jamie Whincup declared his day at the OTR SuperSprint ‘one I would rather forget’, after losing crucial ground to Scott McLaughlin in the championship fight.

McLaughlin is on the brink of a third-straight title after victory in the opening race and a 10th place finish for Whincup extended the gap between the pair to 263 points.

If the Ford driver can increase the gap to 300 points by the end of Sunday, he will secure the championship before next month’s Bathurst finale.

Seven-time champion Whincup’s charge all but fell apart in today’s Top 15 Shootout – running wide at Turn 8 during a self-confessed “sloppy” lap that left him 14th on the grid.

Following the session, Whincup lamented a lack of tyre temperature during the lap in conditions far cooler than experienced at the same venue a week ago.

From his lowly grid position, Whincup was never a factor in the 31-lap race, running a long first stint before rejoining 10th behind Fabian Coulthard and remaining there for the duration.

“It was a really disappointing day for me and one I would rather forget,” he said.

“We bounced around with set-up all day and looked at what other teams were doing to their cars too much and ended up in no man’s land.

“I feel we need to stay focused on ourselves and try to maximise the package we have.

“It was always going to be a struggle from the start after we qualified poorly, but we have another day tomorrow to bounce back.”

Teammate Shane van Gisbergen meanwhile had a strong day, qualifying third and finishing second, right on the tail of McLaughlin.

“It was a pretty good race for us today, and I have to thank the Red Bull Holden Racing Team for giving me a great car,” he said.

“We ran a bit longer for our strategy and changed the rear tyres and tried to catch Scotty, but he was just too good.

“Maybe if we changed the side tyres instead, I would have had a bit more front grip, but the aero wash and the placement of his car meant I couldn’t get close to him to even have a lunge.

“Hopefully, we’ll qualify a bit better tomorrow which is so important at this track and get ready for another couple of races.”