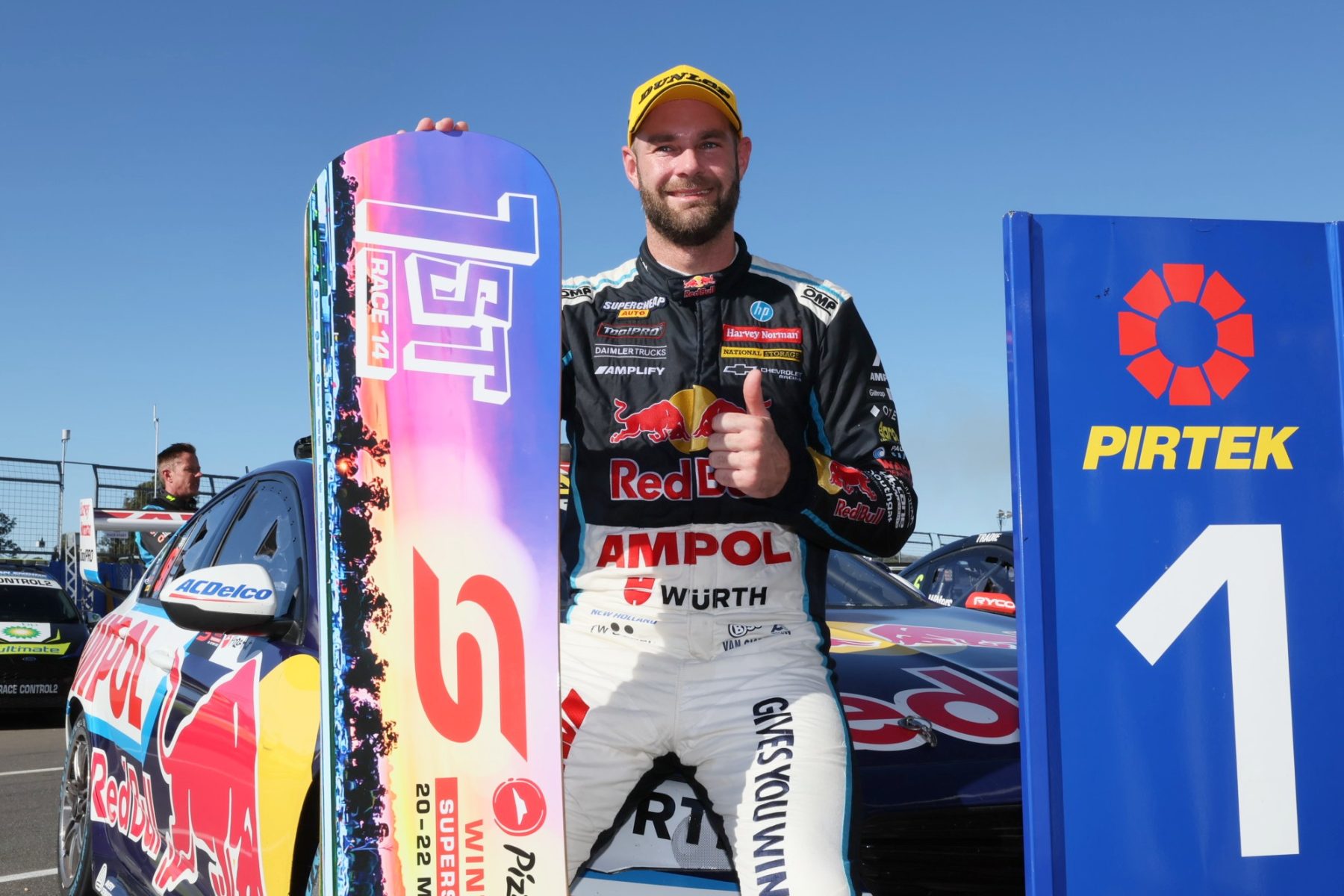 Jamie Whincup was impressed by his team’s speed at the Pizza Hut Winton SuperSprint.

Winton is the unofficial test track for Victorian-based Supercars teams.

It marked the first Triple Eight victory at Winton since 2017.

Before then, a Triple Eight car last won at the Benalla venue in 2012, courtesy of Whincup.

Van Gisbergen was arguably two laps away from a sweep of wins, fallen just short in Races 13 and 15.

“We came into Melburnian territory, and I thought everyone did a great job,” Whincup said.

“The cars were quick, which was the important thing. The fastest strategy is to have a fast car.

“We qualified well, but didn’t get off the line each day, but we worked hard.

“Strategy; we were either going to run second or roll the dice.

“We put three on and gave ourselves an opportunity to get the win.

“We had a crack and didn’t quite get there, but all in all, a good weekend.”

The teenager scored two top 10s and retained seventh in the points.

“We’re not expecting too much from him,” Whincup said of Feeney.

“Being in the top 10 is a great result… he qualified well.

“He’s still getting pushed around a lot out there… the older guys are like, ‘You’ve only been here five minutes’.

SVG: We had to do something different

Winton finale a 'cluster' for Courtney