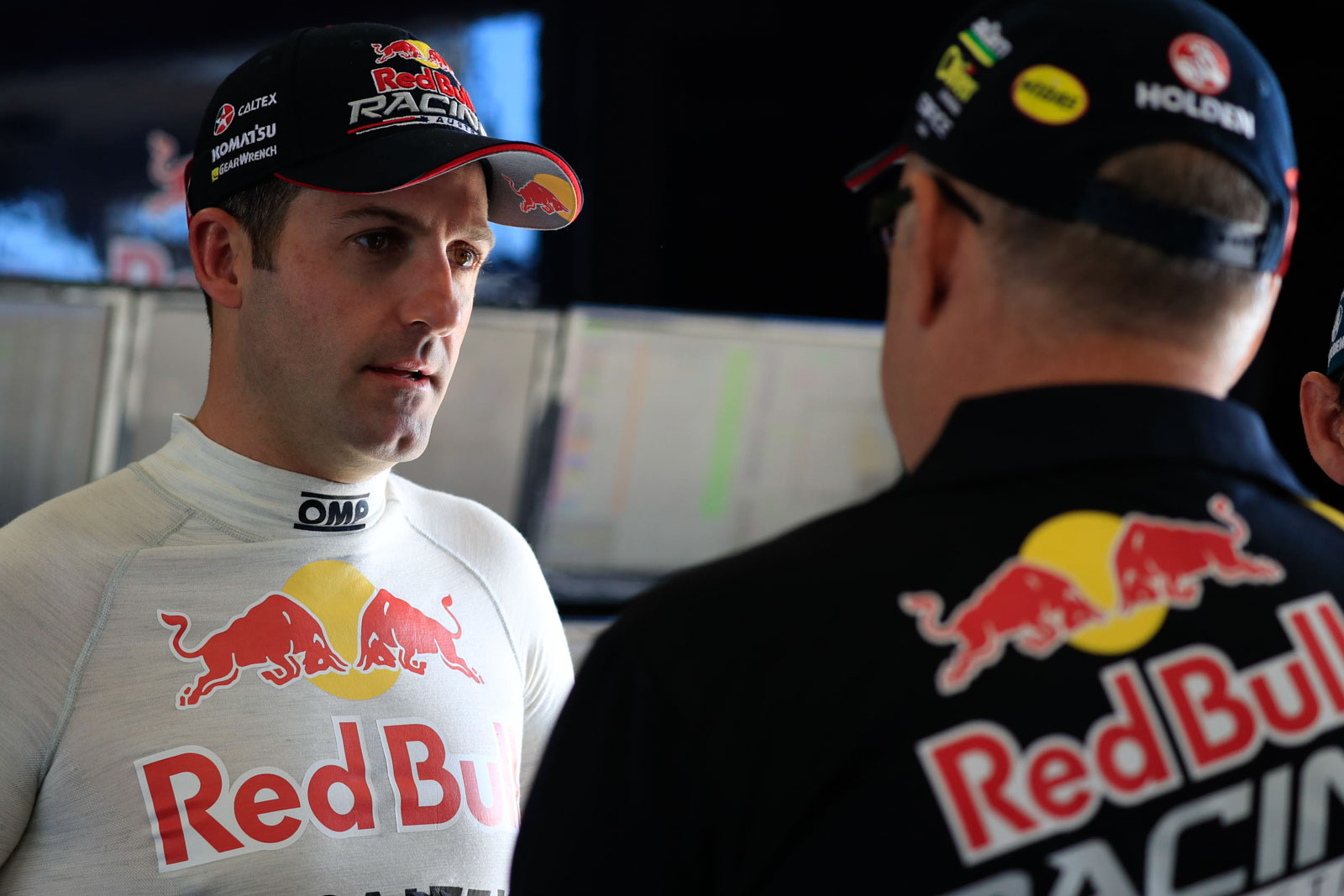 Championship leader Jamie Whincup says he had no problem “taking one for the team” in Sunday’s Townsville race after having to trade the preferred strategy with teammate Shane van Gisbergen.

The strategy switch was to remedy an early driving error from Van Gisbergen, who locked a tyre in the heat of battle.

Ultimately, that preferred strategy was the one that worked – but instead of Whincup crossing the line and taking his 100th win, his teammate celebrated victory and closed the points gap between them, while Whincup didn’t even make the podium in fourth.

No stranger to racing his teammate for the title come December, Whincup isn’t upset about Red Bull’s call on Sunday and believes it’s only a matter of time before a similar circumstance works in his favour.

“That’s ok, we took one for the team there, which is swings and roundabouts,” Whincup told supercars.com.

“We were still in a reasonably good place after that – my strategy of stopping late could’ve still worked… as it turned out the safety car landed with about 40 to go [right when it hurt]. That meant our day was heavily compromised and that was the story of the day.

“It’s disappointing, we felt like we could’ve been in a good position but circumstances meant we couldn’t maximise. That’s racing.”

Team boss Mark Dutton said it was a difficult call to make to sacrifice Whincup’s race, but was all about keeping both cars in contention. Whincup said he was on the same page.

“I guess being part of the team, sometimes you have to take one for the team ­– and that’s what we did,” he said.

“What goes around comes around with those things, so no doubt there’ll be some stage in the future where car 88 needs a helping hand from car 97 and I have no doubt they’ll repay the favour.”

All eyes have been on Van Gisbergen after his switch to Red Bull this year. His talent is unquestionable, and in the right environment he has proven to be a title threat finishing second in 2014 with TEKNO.

Whincup has paid the price to be second on track at times this year, having to double stack behind Van Gisbergen in pit lane and losing out on the superior strategy.

Whincup leads his teammate by 53 points in the Championship.

“I must admit, my luck this year has been a little bit frustrating,” the six-time champ said.

“The times we have been exposed behind car 97, the safety car has fallen every time – three times this year.

“And then for us unfortunate circumstances with the flat spot and I was heavily compromised again – so four times in seven rounds.

“It’s just bad luck, which is just the way it goes I guess. Those things generally seem to even themselves out as the year goes on so hopefully that’s the case.”

Whincup has raced Craig Lowndes down to the wire many times, the pair locking out the top two spots in the Championship in 2011, 12 ‘and ‘13.

“I’ve got two teammates now instead of just the one. And we’ve got Will Davison who’s close in our corner and we work very closely with Team 18 as well – so the dynamic hasn’t changed at all.”