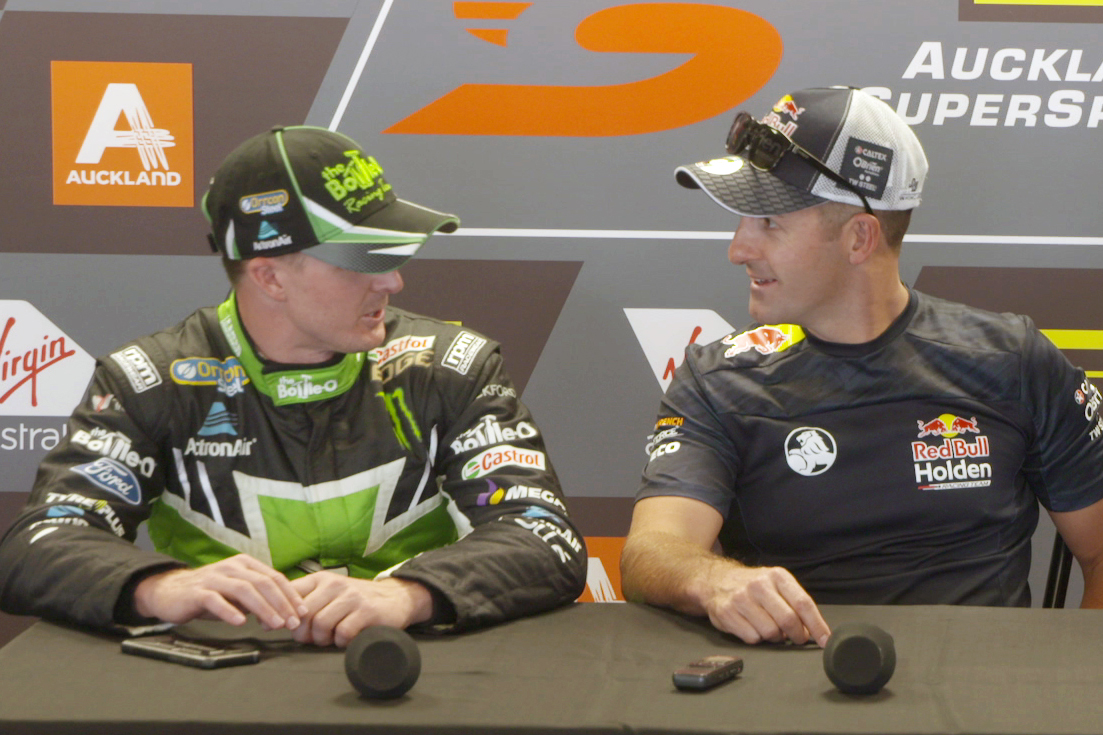 While Winterbottom insists he has no firm deal in place for next year, he’s widely expected to be driving a Holden, ending a long stint as a Blue Oval favourite.

The news comes on the two-year anniversary of Winterbottom’s last win, with Tickford having endured patchy form since his 2015 title-winning season.

“I’ve got massive respect for anyone that makes the big call,” Whincup told Supercars.com when asked for his thoughts on Winterbottom’s decision to leave.

“It’s too easy to just take the easy approach, stay where you are and just trundle along.

“I’ve got big respect for that and generally when you make those big calls, you end up moving forward rather than backwards.

“He’s just got to ride out the passionate Ford fans that have followed him for 13 years, if he doesn’t end up driving a Ford.

“But that pain is going to be worth it if he’s in a competitive car next year, which I believe there’s potential for him to be in a more competitive car.”

The prospect of Winterbottom’s driving a Commodore has already caused a big stir on social media, with the 37-year-old having had an association with Ford since his karting days.

Whincup made a high-profile switch from Ford to Holden as part of Triple Eight’s move at the end of 2009, and although a different scenario, knows what the backlash can be like.

“There is a passionate fanbase… but we’re here first and foremost to go racing and to win races and we make the decisions to ensure that keeps happening,” he said.

Winterbottom’s move and Craig Lowndes’ retirement will leave Whincup’s stint at Triple Eight – which started in 2006 – as the longest single-team relationship in the full-time field.

While Whincup respects Winterbottom’s call to leave, he says he’s never been tempted to move, having enjoyed competitive equipment throughout his time with the squad.

He has now purchased a 15 percent stake in the Roland Dane-led operation, with which he's claimed seven titles.

“I’ve been prepared to make the big call, but the call always was that Triple Eight is the best place for me, and now to continue in team ownership land as well,” he said.

“You don’t make the big calls for no reason and I haven’t had a reason to [leave], because every time I’ve assessed it, Triple Eight has been the best place for me.”