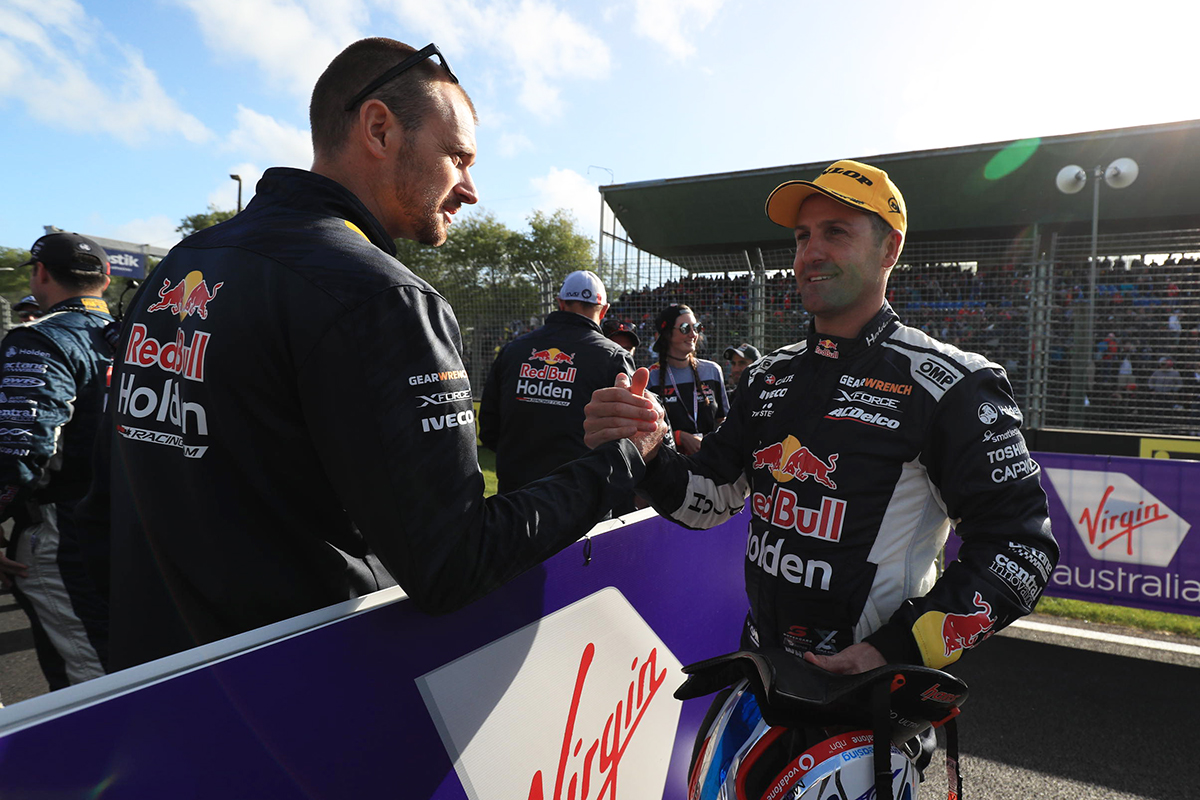 Jamie Whincup has been fined $2,000 for breaching the post-race procedures at the ITM Auckland SuperSprint.

The seven-time champion finished third in the 200km race after slowing on the final lap to help title-contending team-mate Shane van Gisbergen.

As he completed his cool-down lap, Whincup drove into pitlane, rather than heading straight to Virgin Australia Victory Lane on the front-straight.

Whincup subsequently drove back out of the pits to take part in the post-race ceremony alongside van Gisbergen and winner Scott McLaughlin.

Read a stewards’ summary: “Following the conclusion of the Race Car #1, Jamie Whincup, failed to remain on track as required for podium cars as detailed in the End of Race Procedure.

“The breach was admitted. This is the second breach of the End of Race procedure for Car #1 during the 2018 Virgin Australia Supercars Championship.

Whincup had been fined $1,000 for breaching the post-race procedures at Tailem Bend in August, when he dropped a champagne bottle off the podium to team members below.