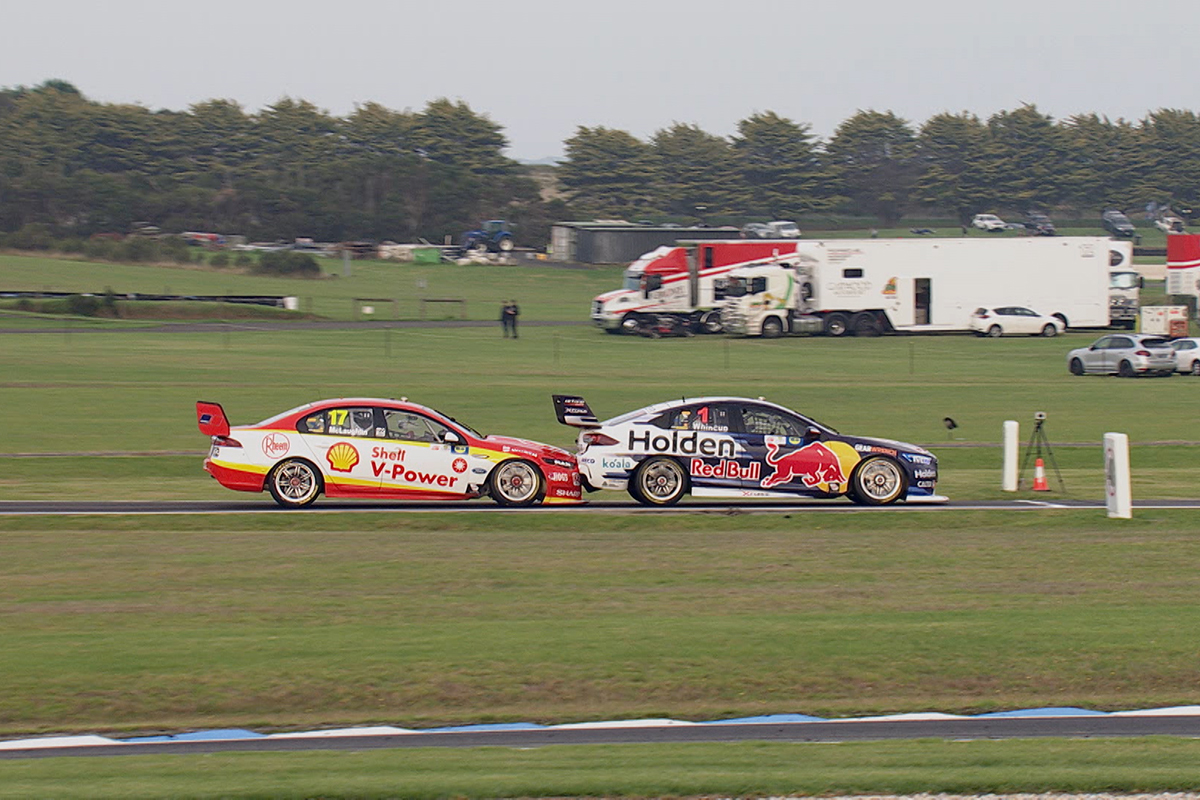 Jamie Whincup was afraid of copping a pitlane speeding penalty in the opening leg of the WD-40 Phillip Island 500 after contact from Scott McLaughlin entering the lane.

As part of a race-long battle eventually won by McLaughlin, the pair pitted together for both of their pitstops in the 250km contest.

McLaughlin was the chaser both times and, on the first occasion, clouted the back of the Red Bull Commodore as he tried to make ground approaching the 40km/h line.

“I reckon I was going about 42km/h," Whincup recounted.

"I got on the radio and went ‘you can’t ping me for that, I got hit!

“But it was all good, it was open-slather, have a crack. It was a really good battle between the both of us.”

Trying unsuccessfully to jump Whincup in the stops, McLaughlin said the sweeping pit entry road was an area he’d targeted to make ground.

“I felt strong into there, but gave him a tap accidentally, just all locked up trying to get into the gap there,” he explained.

“It was on. I knew I had to be as close as I could and if I just tapped him a little bit, I was there.” 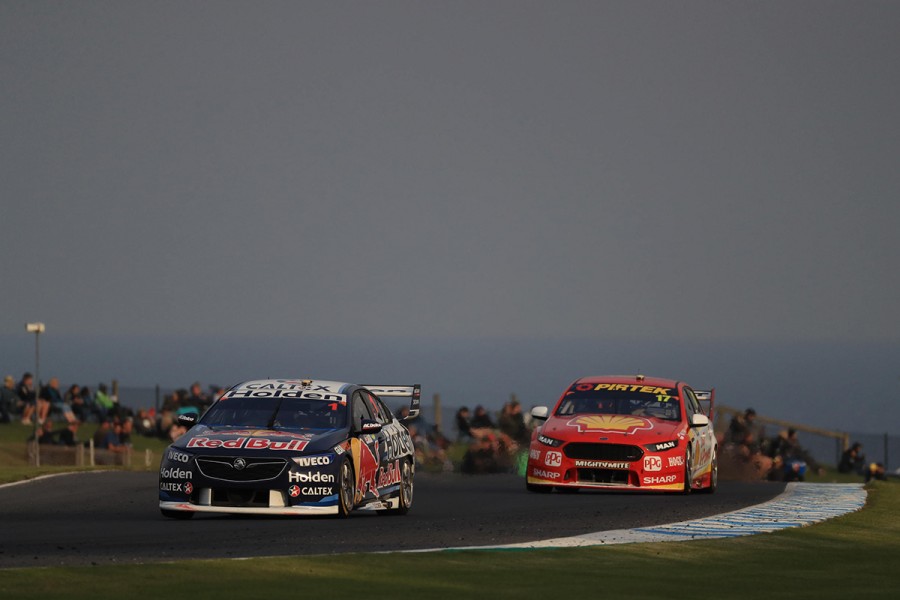 McLaughlin eventually overtook Whincup for the lead at Turn 2 with 17 laps to go, having spent more than two stints behind the Holden.

On several occasions McLaughlin had a run on his rival onto the main straight, only for Whincup to pull away once they hit top gear.

“I definitely wasn’t going to get him down the straight, that thing was a rocketship in a straight line,” McLaughlin said.

“I got a massive run two or three times and it was interesting. Obviously the motor is pretty awesome and whatever else.

“We’ll see how we go tomorrow, but we probably need to think about what we’re doing in every other regard down the chute.”

“The Holden engine is obviously very good, anyone who buys a ZB will feel that power,” he smiled.

“[But we were] just not quick enough today, the tyres wore out quicker than the #17 car.

“I didn’t really run wide or make a mistake or anything [when McLaughlin overtook], just car #17 was very, very quick and Scotty threw it in there and that was the end of the story.

“We did everything we could. We pushed hard, threw everything at it and we were second-best today.”

The pair are split by one point in the drivers' championship after nine races, McLaughlin moving into top spot with the victory.