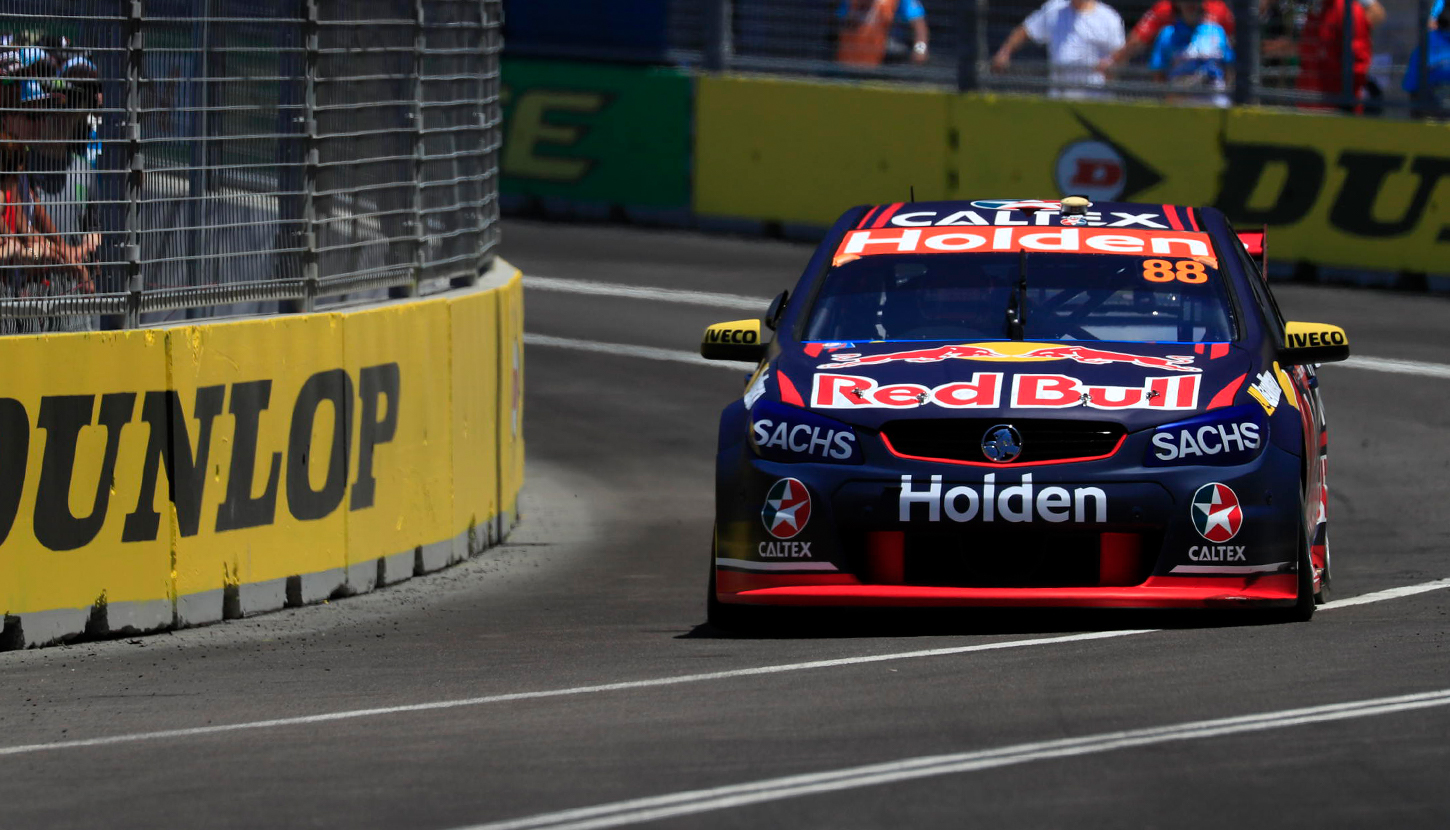 Virgin Australia Supercars Championship leader Jamie Whincup has made the perfect start to his quest for a seventh title at the Coates Hire Newcastle 500.

The 26-car field enjoyed a clean first 40-minute session on the 2.6km street course, going about the business of learning the circuit and adjusting their cars to suit.

Scott McLaughlin was the first to set a representative time after 10 minutes, moving 1.3 seconds clear of the field with a 1:11.3020s effort.

Michael Caruso and David Reynolds spent brief periods at the top before Shane van Gisbergen became the first to dip into the 1:10s just after halfway.

Caruso and van Gisbergen traded top spot again before Whincup had the last laugh inside the final five minutes, leaving the benchmark at 1:10.1577s.

“The track’s a fair bit different from what we predicted, today’s critical to keep moving forward after P1 and after P2,” said Whincup.

“I thought there would be a bit more flow, but it’s actually a bit stop-start. The grip’s slightly higher than anticipated and it’s bumpier than we anticipated as well.

“You drive around in a road car and it feels fine, you get in a Supercar a couple of inches off the ground and it’s rough.

“I’m enjoying the challenge, you’re heart-in-the-mouth the whole way around, especially when it’s new and there’s no muscle memory there.”

Caruso ended up fourth from Tim Slade, the pair split by 0.0558s.

“A very, very challenging little circuit, and I guess what I love the most about it, it’s an absolute level playing field for us all, we’ve all got the same opportunity,” Caruso said.

“There’s lots of things going on in my head at the moment. The track’s a lot different, that downhill run is one of the toughest little parts of the circuit, I’m enjoying it, though.”

Outgoing Tekno driver Will Davison was fifth, ahead of McLaughlin, Chaz Mostert, Rick Kelly and Reynolds.

“It’s full-on. I’m buzzing,” said McLaughlin. “It’s so technical, you’re sacrificing one corner for the next to help you regain in three corners’ time.

“It’s really bumpy in places, too. It has everything a driver wants, it’s so good to be here.”

The only notable incident came just five minutes in when Mark Winterbottom and Todd Kelly clashed in the Turn 1 escape road.

Attempting a spin-turn, Winterbottom clobbered the right-front corner of the Nissan, which had speared off moments after The Bottle-O Ford.

Both cars rejoined, but the retiring veteran Kelly needed a stint in the garage to replace a bent steering arm.

Also losing vital practice time in the garage was Cameron Waters, who ended up down the order after his Prodrive crew were forced to fix an issue with the throttle on his Falcon.