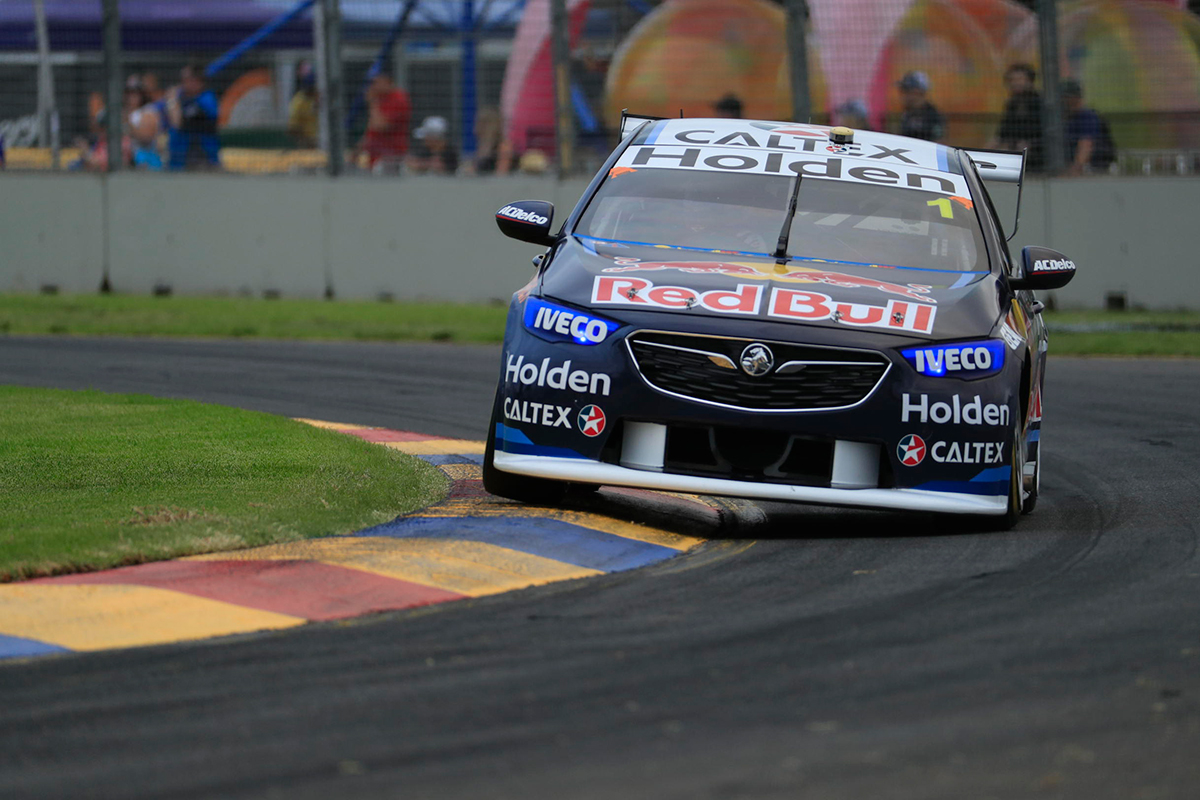 Jamie Whincup has made the perfect start to his quest for an eighth Supercars title, putting his new ZB Commodore at the top of the order in opening practice at the Adelaide 500.

Triple Eight dominated the bulk of the 40-minute hitout, with Whincup, Craig Lowndes and Shane van Gisbergen one-two-three from the early stages.

Whincup’s 1:20.8333s best stood as the fastest time until the final minutes, when teams switched to new tyres.

Mark Winterbottom went second with the chequered flag out, drawing to within 0.2146s of the Red Bull Commodore.

“It’s a good way to start the year, of course,” said Whincup, who brushed the Turn 8 wall in the early going.

“We’ve been doing some pretty big work over the break on the non-mechanical side of things. We’re in a good place to start the weekend.

“We’re using these old tyres, we’ve got to be careful because the balance on them is nowhere near as good as the current batch.

“We just kept it calm and put the new batch on and the car was pretty good.”

Winterbottom had been best of the non-Triple Eight cars for much of the going, but fell back to 18th during the frantic final minutes before putting in his new tyre time.

“It’s nice to be back up at the top of the timesheets, although it’s practice,” he said.

“I hate not winning, going into Christmas I was pretty angry, to be honest. I used that as motivation and we had a pretty good session then.”

McLaughlin ended up third despite an early scare, losing the rear of his Shell Ford and tagging the Turn 4 tyre barrier at the halfway mark.

The Falcon escaped damage, sporting only a witness mark on its left-rear quarter panel.

“I felt like we were very high all session, that’s my feedback back to Ludo [Lacroix, engineer], just trying to get a bit more feeling in the rear,” said McLaughlin.

“I think the tyre grip [on old tyres] was definitely hurting us at that point. When we fixed it up it was great.”

Van Gisbergen was fourth in the final order ahead of Will Davison, who impressed on 23Red Racing’s debut.

Waters fell to sixth by the flag ahead of Walkinshaw Andretti United’s James Courtney, Brad Jones Racing’s Tim Slade and Lowndes in the third of the Triple Eight Holdens. 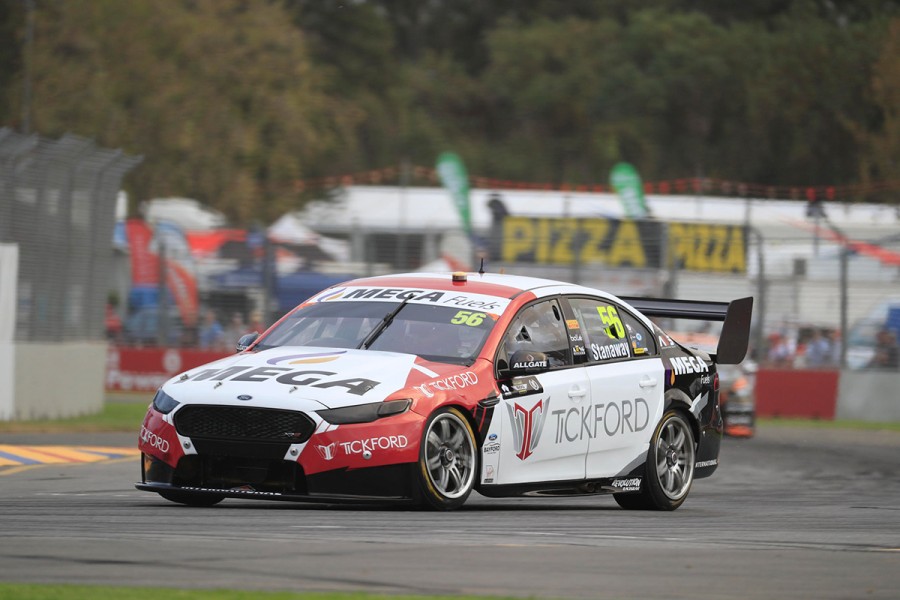 Tickford’s Richie Stanaway proved the best of the rookies in 16th, edging the second Shell Ford of Fabian Coulthard.

David Reynolds was 22nd after losing time in the garage with a wheel nut issue that required his Erebus team to remove it with an angle grinder.

The second 40-minute practice session will get underway at 11:50am local time ahead of qualifying at 3:50pm.