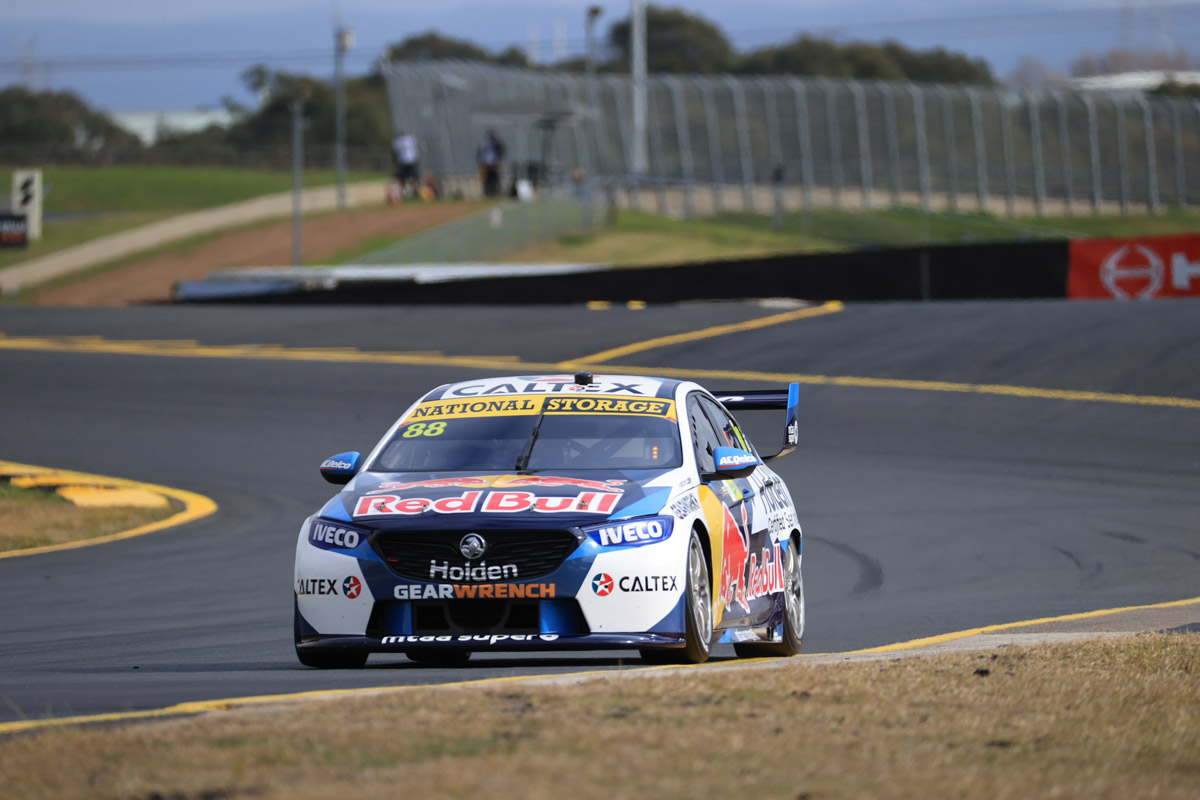 Jamie Whincup bounced back from a lacklustre opening session to top final practice at the BP Ultimate Sydney SuperSprint.

The seven-time champion did not appear to set a representative lap in the opening session, finishing 23rd and almost three seconds off the pace of Red Bull Holden teammate Shane van Gisbergen.

Whincup was straight on the pace in Practice 2 however, posting a 1:29.0848 to lead the way through the first runs.

As happened in Practice 1, cars returned late to push for a better time – and Anton De Pasquale went faster with about 90 seconds remaining.

That effort was the only time faster than van Gisbergen’s Practice 1 benchmark.

“It’s great to be back and cutting laps,” said Whincup, who struggled in the Eeries that took place over the COVID-19 induced break.

“It’s the first time in 12 weeks I haven’t been a second and a half off the pace in practice, so that’s nice!

“It’s really quick, fast sessions here, straight out of P1 you don’t have much time to make changes and that’s going to be the story of the day.

“But overall the car feels good. It was reasonable on a race run and it’s pretty good over a lap. We’ll keep chipping away.

“I’m hitting wrong buttons on the steering wheel and stuff, I’m definitely rusty, you can tell I’ve been out of the seat for three months.

“Hopefully that gets better as the day goes on. I think the winner of today will be the one who makes the least mistakes.”

Next up is a three-part ARMOR ALL Qualifying to set the grid for Race 7 of the 2020 Virgin Australia Supercars Championship.

Qualifying will begin at 1:15pm local time, with the four slowest drivers eliminated.

Another five drivers will be knocked out from the second 10-minute session, clearing the way for a Top 15 Shootout.