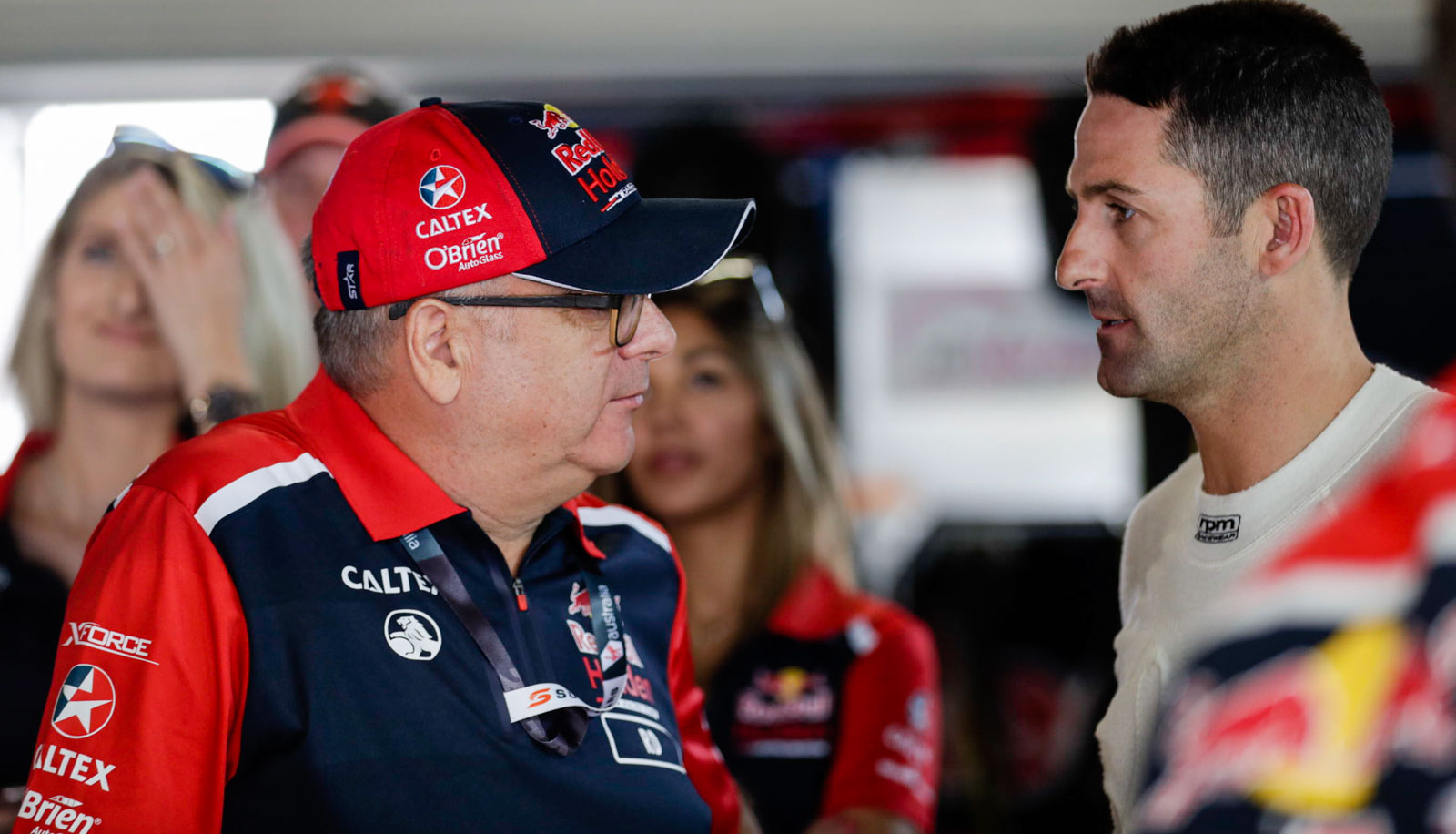 He’s one of the most successful racers in Australian motorsport and now six-time Supercars champion Jamie Whincup says he could continue to add to his bulging trophy cabinet once he hangs up his helmet.

With his contract with current team Triple Eight due to run until the end of 2018, Whincup admits he is yet to consider his options for 2019 onwards.

However, the 34-year-old is considering life outside the cockpit and admits taking up a team management or ownership role could be a part of a future in the sport.

Away from Supercars, Whincup has also started his own coffee shop and car wash in the Gold Coast.

Whincup was asked for his plans beyond his existing contract with Triple Eight on the FOX Motorsport Supercars Podcast.

“I will say I’ve got big interests in being a team owner/team manager, without doubt.

“I won’t be driving past my use by date. I never want to be seen as that person that holds up a spot for a young kid.

“I’ll still race while I love it and while I’m still competitive. I certainly won’t go too far.”

With one eye on the future beyond his driving, Whincup admits he is happy with the direction the sport is heading in.

A move towards turbocharged engines and expansion in the Asian region have been high targets set by the category.

“You’ve got to keep moving forward. If you sit on your hands, we’ll get gobbled up by not only other types of motorsport, but footy and different sporting codes,” he added.

“Management are doing a good job. I’m a big fan.

“They’re moving the sport along where it needs to be moved along.

“It’s great place to be and we’re lucky to be here in Australia.”

While he sits third in the standings despite not winning a single race in the 2017 championship, Whincup admits there is a change to the 2017 cars he would make.

With changes to the tyre for 2017 leading teams to run higher levels of negative camber than previous seasons, Whincup sees a change of rim design as resolving issues in close contact racing.

“The competition is strong. It’s great for everyone. Those Shell boys have stepped up,” he explained.

“The competition is mad out there and there’s some cracker racing going on.

“We probably do need to make some changes to the cars. There’s a lot of wheel nuts interlocking rims and cars flying off left right and centre.

“If we can make some engineering changes on that and make the racing better, I reckon we’re going to keep moving forward.”