For the first time in 2021, Shane van Gisbergen failed to win a race; however, Red Bull Ampol Racing remained at the top.

It also ended a 17-race winless streak for Whincup, his longest since he snapped a 24-race winless run at Queensland Raceway in 2019.

Whincup claimed his 123rd career win, extending his margin over the retired Craig Lowndes to 13.

It was also Whincup’s record 13th win at Symmons Plains, and his first at the Launceston venue since 2018.

WATCH: LAP 1 DRAMA AT THE HAIRPIN

It was the first time in 203 days that van Gisbergen had failed to win a race, having last missed victory in Race 30 at The Bend last year.

It was also the 47th win for the Holden Commodore ZB, bringing it closer to the Ford Falcon BA’s 51 wins. 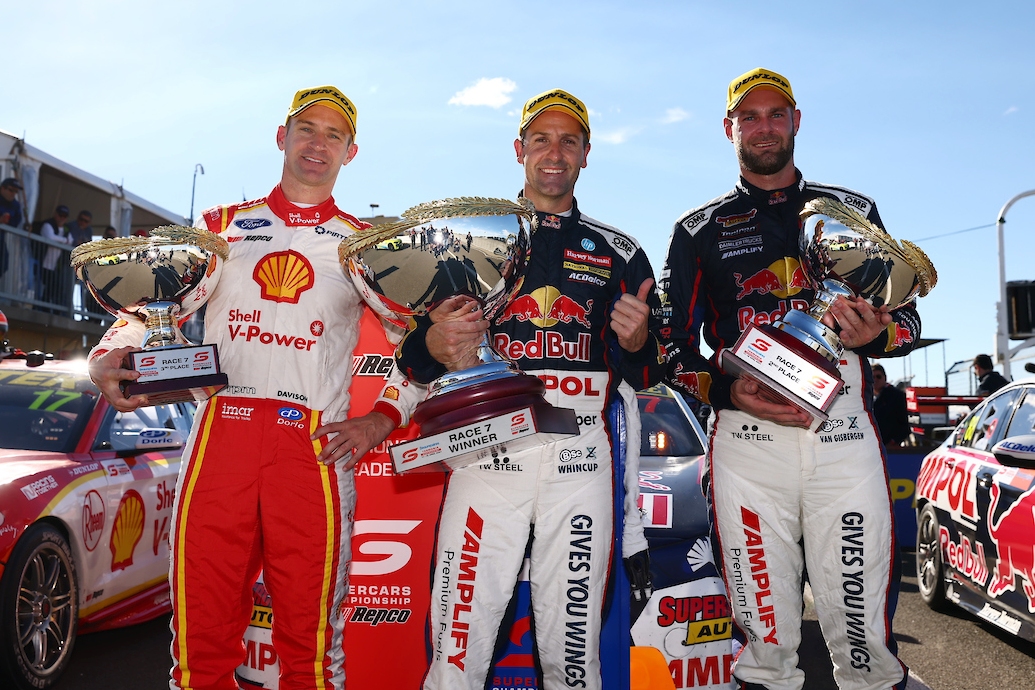 Will Davison claimed the second podium in as many days for the Shell V-Power Racing Team following Anton De Pasquale’s Race 6 breakthrough.

It was Davison’s 56th career podium, four short of Chaz Mostert for 12th on the all-time list.

Will Brown scored his best full-time result for Erebus Motorsport with fifth, having finished ninth on Saturday.

It was Brown’s third straight top 10 finish, adding to his Race 5 seventh at Sandown last month.

The Beaurepaires Tasmania SuperSprint will conclude with Race 8 at 4:25pm AEST.