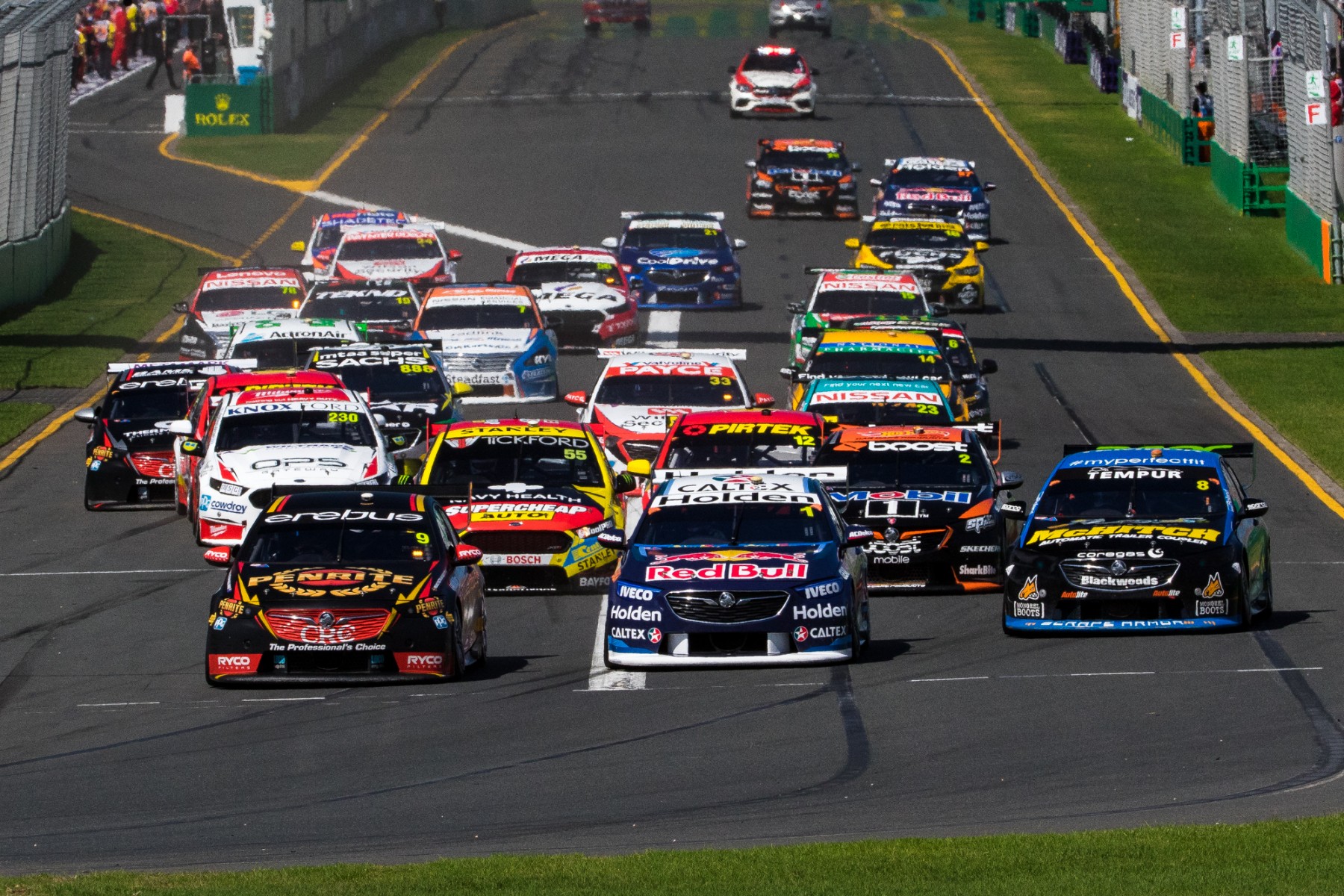 Jamie Whincup says he was caught out by the speed of the start procedure in the final race of the Coates Hire Supercars Melbourne 400.

The polesitter was out-dragged to Turn 1 by David Reynolds, before Nick Percat also made it around the Red Bull Holden on the exit of the corner.

It proved the decisive moment of a race in which just eight of the scheduled 13 laps ran under green conditions due to a lengthy Safety Car intervention.

Third place for Whincup was more than enough to wrap up the Larry Perkins Trophy for being the weekend’s top points scorer.

Whincup, though, was dissatisfied with his effort, saying he was caught out by how quickly the red light was extinguished, signalling the start of the race.

Supercars’ rules state that the light goes out “at any time not less than two seconds and not more than three seconds after the red light is switched on”.

“I’m livid with myself for bogging down at the start,” said Whincup.

“It was so fast, I was still working out my drink bottle and then bloody hell, I saw them all go, so I dumped the clutch and it bogged down.” 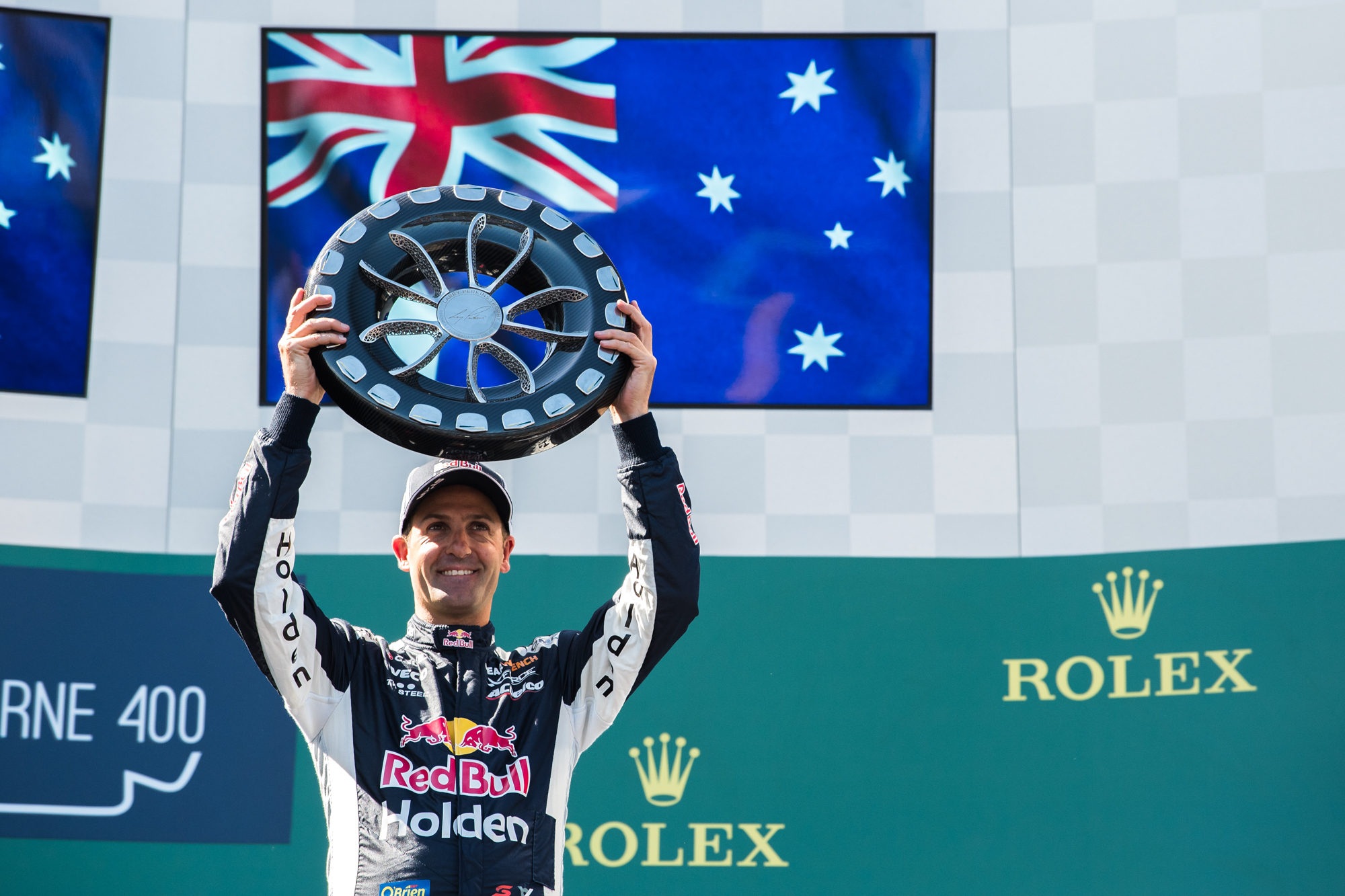 Whincup was by far the most consistent performer of the weekend, qualifying 2-1-4-1 before finishing 2-1-2-3 in the respective races.

Whincup moved from 18th to sixth in the championship as a result, gaining 91 points on leader Shane van Gisbergen to now sit 107 adrift.

While consistency proved the hallmark of his 2017 title-winning campaign, Whincup stressed he’s fighting for wins at every opportunity.

“I’m not trying to be consistent, Adelaide proved that, it’s win or bust,” he said, having crashed heavily on the Friday at the season opener.

“I did want to win a couple of races this weekend and I got one, which was great, more than 23 others.

“I just muffed that last race, which is disappointing, but 200 points down after Adelaide wasn’t comfortable.

“Now we’re back around 100, so that’s more of a comfortable place to sit.”