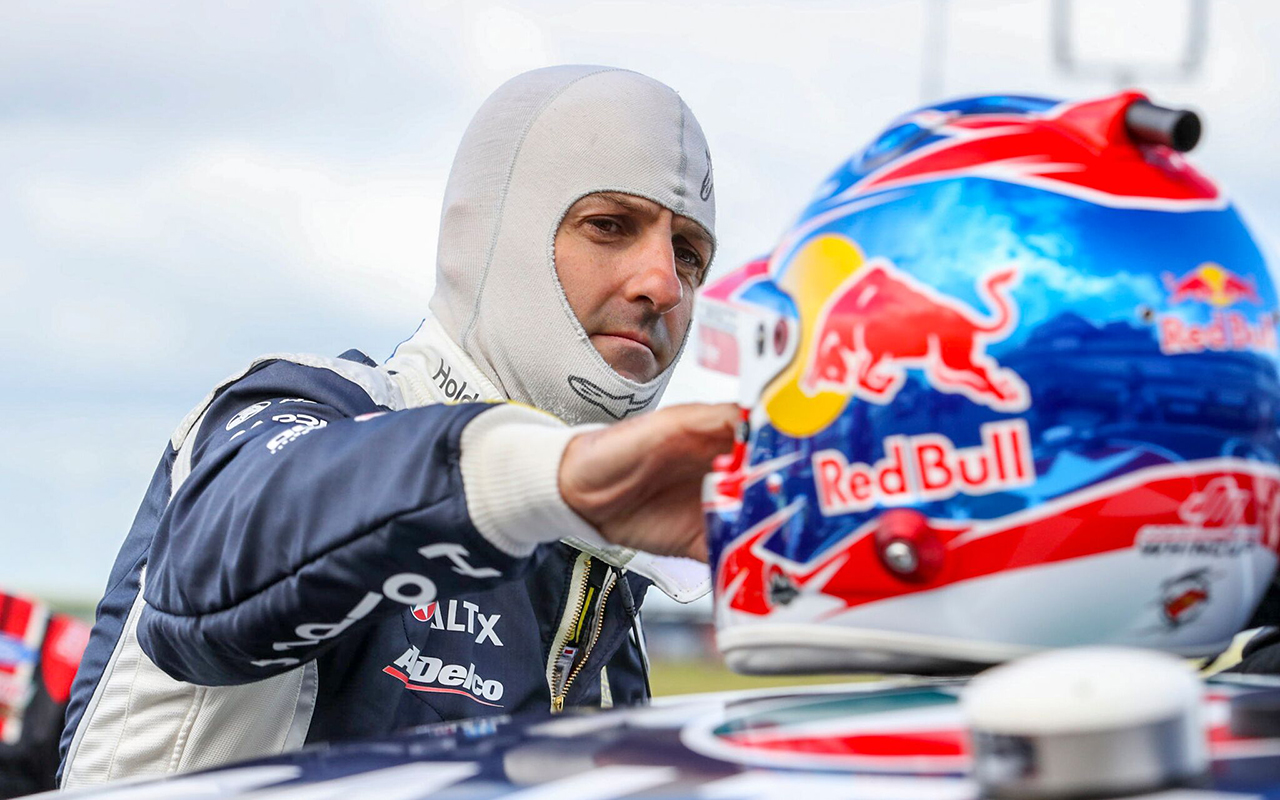 Jamie Whincup says he was trying to ‘hang on to two blokes I probably shouldn't be’ when he speared off late in Sunday’s OTR SuperSprint finale.

In a weekend dominated by Ford Mustangs, the Red Bull Holden Racing Team battled with its cars; Whincup starting ninth and finishing 11th on Saturday.

The seven-time champion improved to be the top Holden contender on Sunday; qualifying fourth and racing the leading Ford trio for much of the 41-lap journey.

However, a mistake on his own at Turn 10 just five laps from the finish dropped Whincup from fourth to fifth, behind Brad Jones Racing Holden runner Nick Percat.

Whincup gets unstuck and slips off at Turn 10, he manages to return to the track but has lost a spot to Percat.#VASC pic.twitter.com/bIWuaQY4E2

Asked of the mistake, Whincup said: “We're here to take risks, if you're not taking risks you can sit in the stand.

“But I don't want to do that, I want to go out there and go hard and take risks. We weren't trying to run fourth, we were trying to keep in contention.

“I thought Chaz [Mostert] was going to have a go at Will [Davison], so I was trying to stay in contention to see if we could open up a podium opportunity.

“I was pushing hard, but I dropped off from [the leaders] a little bit and I was in no man's land.

“I lost a bit of concentration, the car was pretty ugly, and I just ran off.

“To me, there's no difference between fourth and fifth.”

Whincup added that “you've got to be careful with what you're trying to achieve” when racing against the Mustangs, particularly at a high-speed circuit.

“It was Ford territory [at The Bend], no doubt. If you try too hard, you end up screwing yourself over,” he continued.

“If you're there trying to be the first Holden and race Nick Percat, then that's not the way we roll.

“That's being too conservative. We're out there trying to have a crack.

“We should have run fourth, we ran fifth. No big difference to me.” 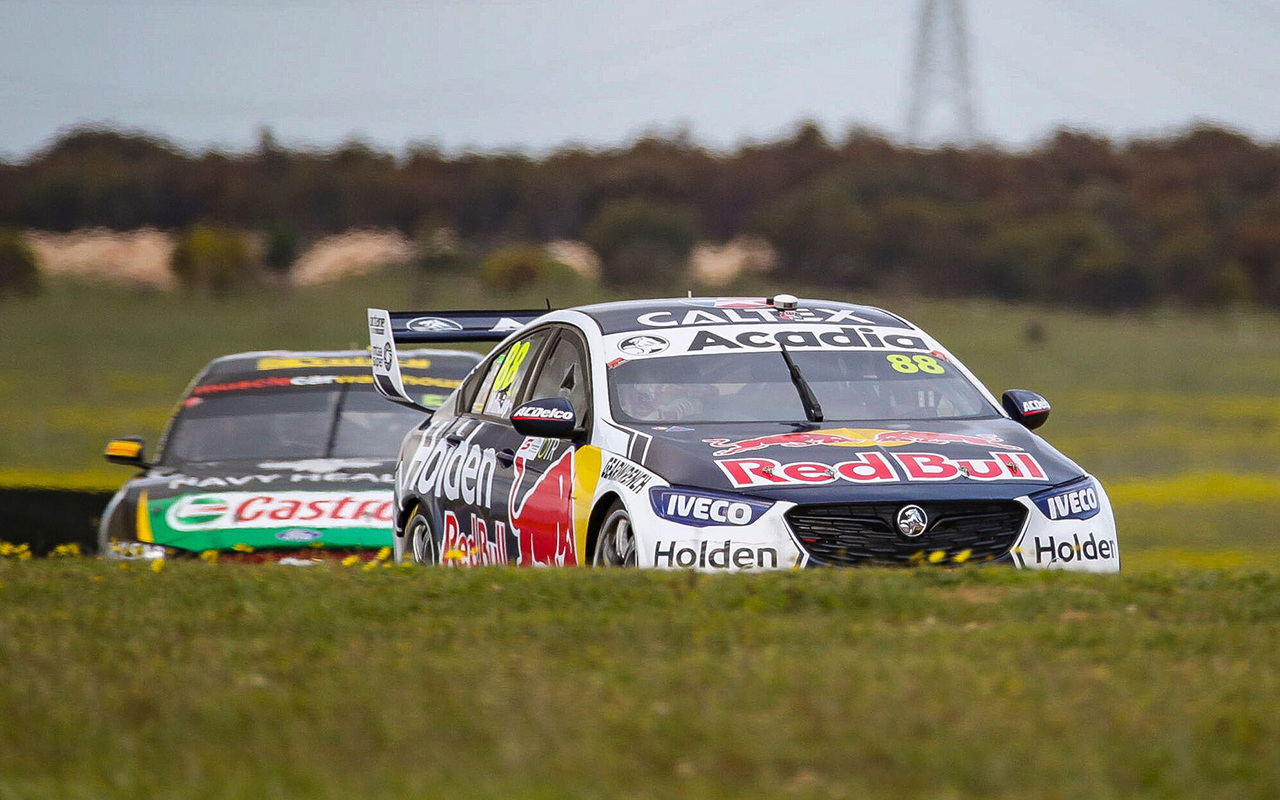 Whincup mixed it with the Mustangs on Sunday

The Mustang domination at Tailem Bend followed events at Townsville and Ipswich where the Red Bull HRT had split the wins with Scott McLaughlin.

Whincup expects the next event at another high-speed venue, Pukekohe, to again prove a major challenge.

“It's been the same all year, it's pretty tough,” he said.

“But did we maximise this weekend? No we didn't. That's all we focus on.

“Hopefully we can roll out of the truck better in New Zealand and maximise what we've got.”

Whincup is fifth in the standings after 22 races with team-mate Shane van Gisbergen fourth; the Kiwi having finished sixth in both Bend encounters.