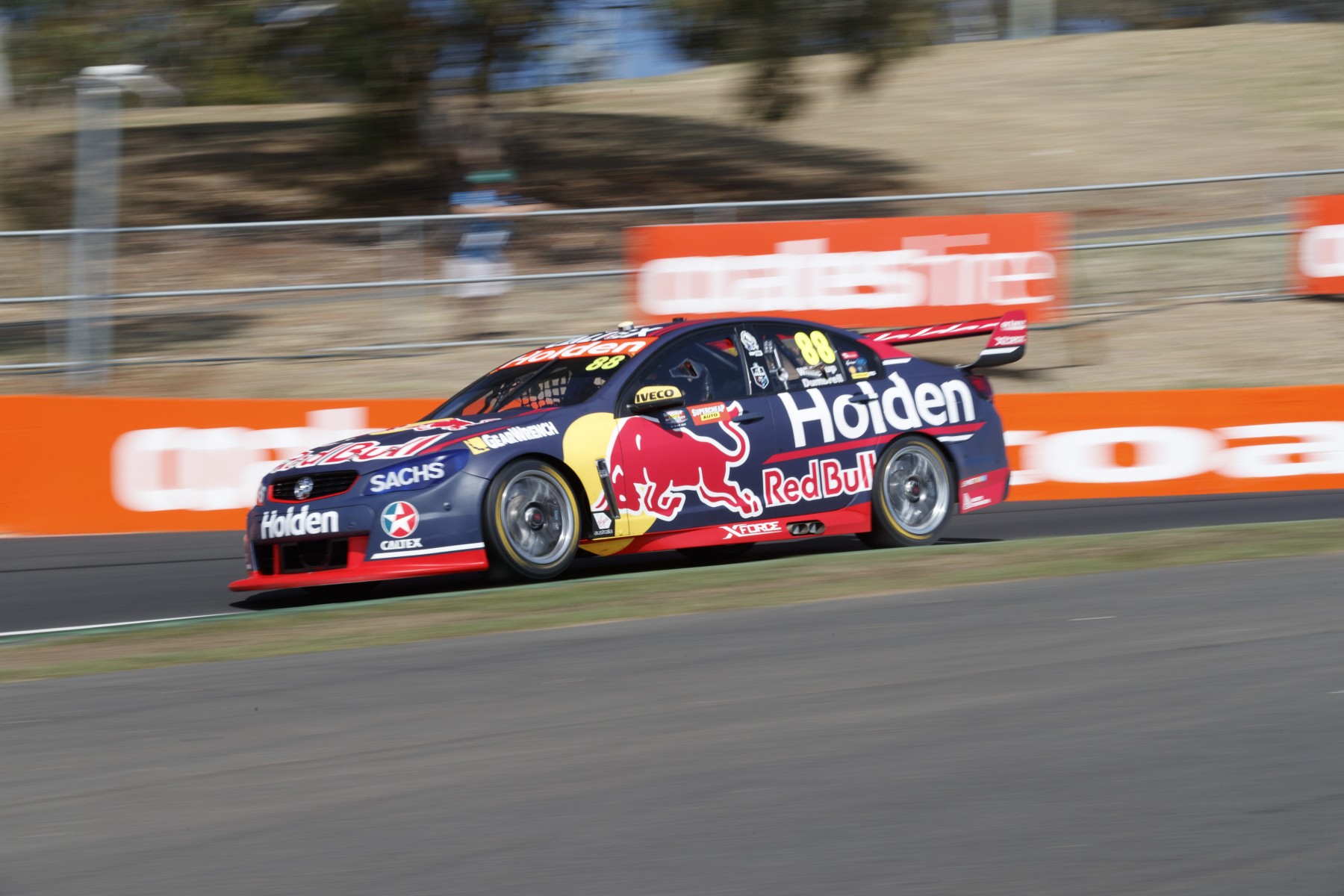 Jamie Whincup says he was struggling for speed ‘everywhere’ around Mount Panorama as he failed to qualify for the coveted Top 10 Shootout.

Whincup was 14th in this morning’s practice before ending up 11th in qualifying, rendering him a spectator for Saturday’s Shootout session.

Refusing to blame a late red flag for his poor position, Whincup undertook an extended debrief with his Red Bull team post-session as they searched for answers.

“It’s a bit here, a bit there,” Whincup told Supercars.com where his car is lacking.

“There’s no point of going into detail of where it is, but looking at the sector times, we’re down everywhere.

“I’m not going to give you a hard luck story [about the red flag]. We had plenty of opportunity to go fast and we didn’t go quick.

“It’s amazing, it’s not much and ‘boom’, you’re out of the 10. That’s the reality of this game, it’s crazy competitive, which is great for everyone involved.

“It sucks for us when you miss it slightly, and over a big, 6km lap, that equates to a lot. That’s that.”

Whincup’s session started with a wild moment at The Chase on his first flying lap, spearing through the gravel at high-speed before rejoining without damage.

“We changed the car a fair bit for qualifying and it didn’t brake anywhere near as well and it caught me out big time,” he explained.

“I didn’t go deep or do anything silly, just the set-up didn’t suit getting on the brakes deep. I found that out, backed it off a bit on the next run.”

Whincup has just one practice session to make progress tomorrow before Sunday’s brief warm-up and the start of the race.

The four-time Great Race winner hopes to make progress in Practice 6, but notes that forecasts of rain on Sunday may clean the slate for the race regardless.

“We’ve got to try to find some pace in Practice 6, maximise that one and then roll on Sunday,” he said.

“We’ve done heaps of race stuff and I’m confident we’ve got a good race car, at least in the dry.

“If it’s going to rain all day [on Sunday], it doesn’t matter, though, but we want to know why we didn’t go quick.

“That’s what I want answers for, and then we’ll fire in the wet set-up for Sunday.”

2017 Supercheap Auto Bathurst 1000  ›
Stay In The Know
Sign up to the Repco Supercars Championship Newsletter
We use cookies to ensure that we give you the best experience on our website. If you continue to use this site we will assume that you are happy with it.Ok