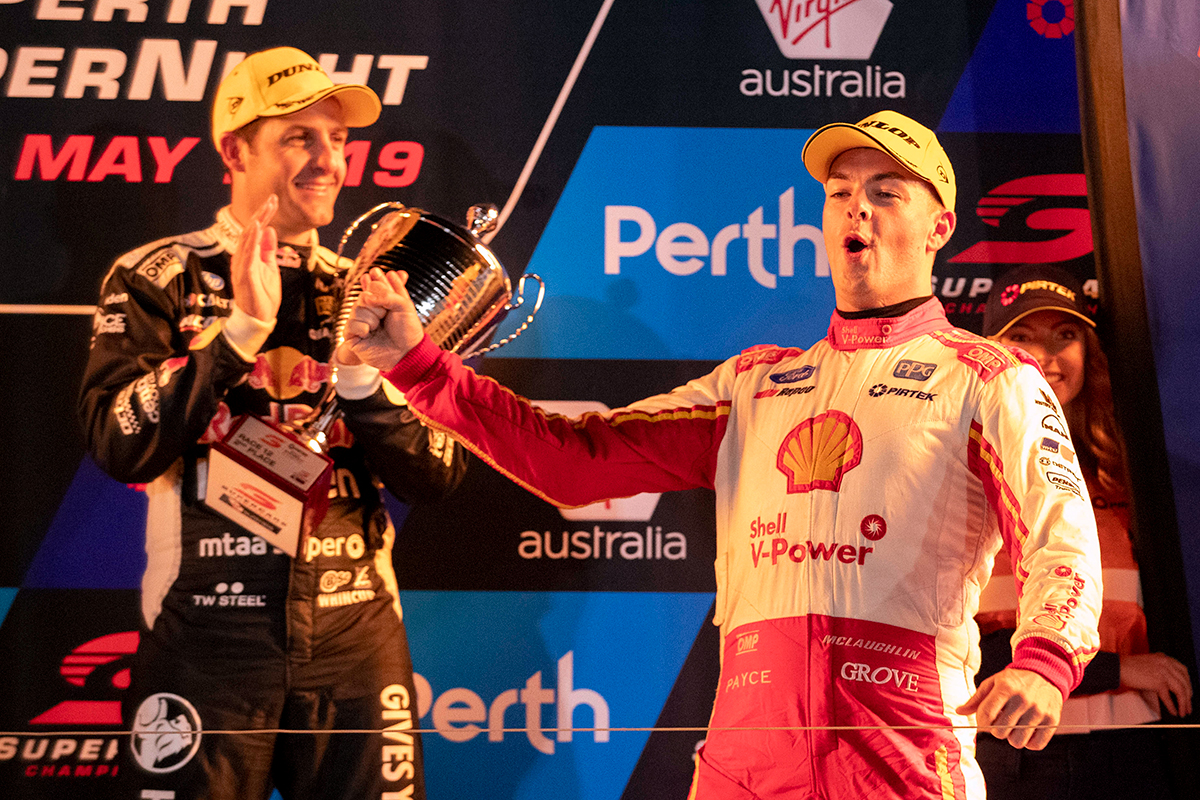 Seven-time champion Jamie Whincup says Shell V-Power Racing is "in another league at the moment" in Supercars.

With eight for Scott McLaughlin and two for Fabian Coulthard, the team has won 10 of this year's first 12 races, including four one-two finishes from the last six.

In the teams' championship, DJR Team Penske is 589 points clear – a little more than an event worth of points – of second-placed Triple Eight.

The factory Holden outfit was a key proponent of multi-spring damper set-ups that were banned for 2019, requiring a significant rethink on its Commodores.

Van Gisbergen claimed its sole win of 2019 so far at Symmons Plains last month, before the squad endured a difficult weekend at Phillip Island.

Whincup then claimed his first podium in six races on Saturday at the PIRTEK Perth SuperNight, finishing second behind McLaughlin.

Across the last four ARMOR ALL Qualifying sessions, McLaughlin's average pole margin has been 0.4582 seconds.

"The team next door has absolutely raised the game and they’re in another league at the moment," Whincup said of Triple Eight's pitlane neighbour.

"I feel that for the good of the sport it’s up to us to do the same thing and step up to the challenge.

"It’s fantastic to beat everyone else but if we are serious, we need to make some big changes to beat Car 17 at a consistent level.

"We feel good about maximising [the Perth] weekend with the tools we had but again when we get back, we will sit down as a team and work out how we can get more tools in the toolbox." 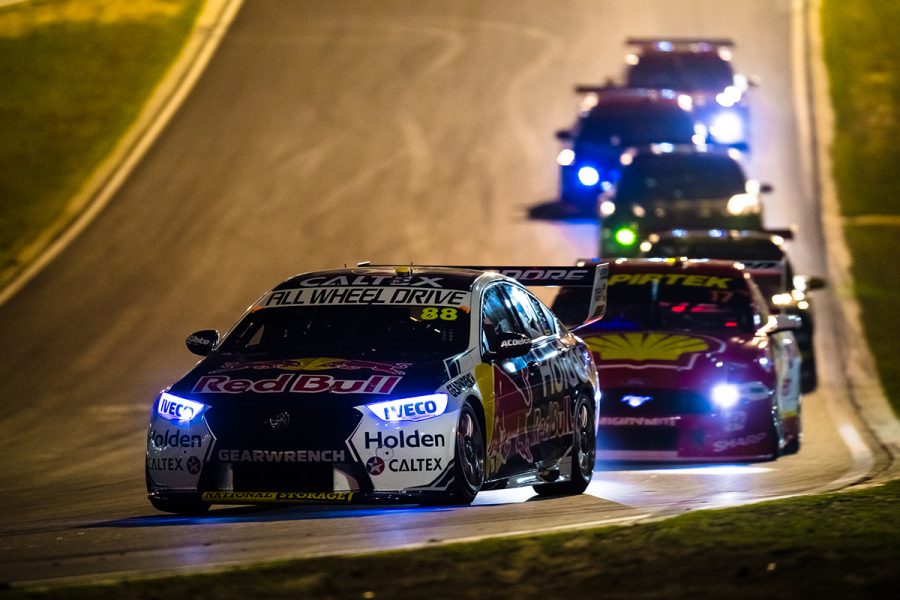 Whincup led the first stint in Perth's second SuperNight race, but ultimately had to settle for second

Finishes of fourth and second from third and second on the grid at Barbagallo Wanneroo Raceway marked Whincup's strongest weekend of the year to date.

It took his tally of podiums to four, matching van Gisbergen, who finished fifth each day in the circuit's maiden night meeting.

Asked if he thought he and Triple Eight could catch the Shell Mustangs on pace this year, Whincup said: "We're not sure about that.

"We'll stick on our program. These guys have raised the game and we're still doing a similar thing to what we've done the last three or four years.

"It all makes sense but really for the sake of the competition and the category we really need to step up and make a race of it.

"It's really up to us to step up and make a battle of it. If we can do that, everyone will win."