Jamie Whincup says he’d been struggling at Turn 8 during the opening day of the Adelaide 500 before his violent crash in ARMOR ALL Qualifying.

The seven-time champion slid wide through the high-speed sweeper on his final qualifying lap, slamming the outside concrete wall.

Competing in his 15th Adelaide 500, it was Whincup’s first major incident at the notorious corner, which also inflicted damage on Cameron Waters and Jack Le Brocq’s Supercars during the day.

“I was up, I was pushing hard. The car wasn't that flash through Turn 8. I put it on the line, made a mistake, ran wide, bang,” Whincup told Supercars.com.

“I was slow there just through [my] driving, so I decided to up it a bit. And that's what happens. 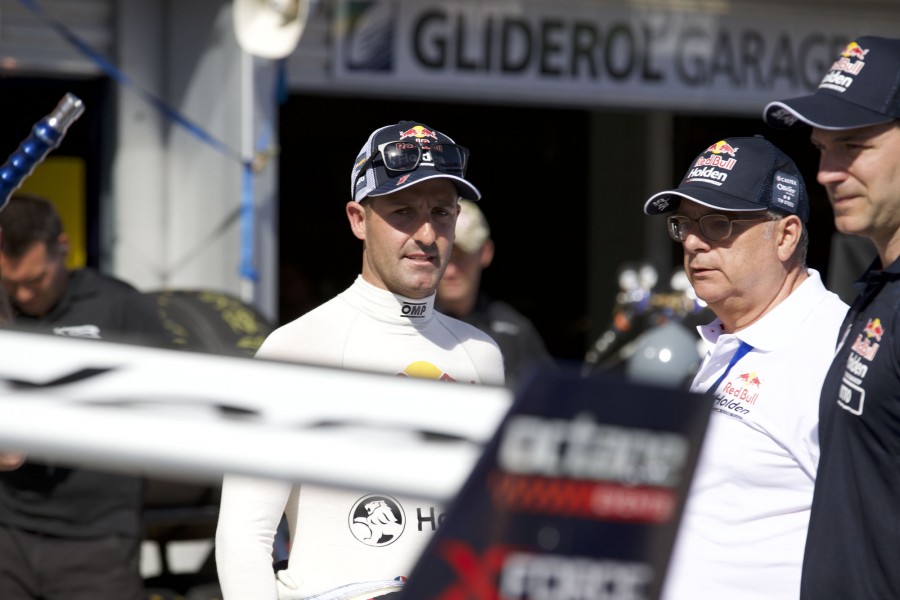 “It was a big impact. It's all violent stuff. It slammed in hard. The thing just folds around you, and then the wheel flies off.

“It's tough, but that's the game we play. That's motorsport. There are 25 other people strapped into these things and if you make a little mistake, that's the consequences.”

Drivers spoke throughout the day of Turn 8 being particularly sketchy following resurfacing work undertaken on the public road since last year’s event.

“But it's the same for everyone, and you drive to the conditions. I clearly tried to push a little bit more out of it than what was there.” 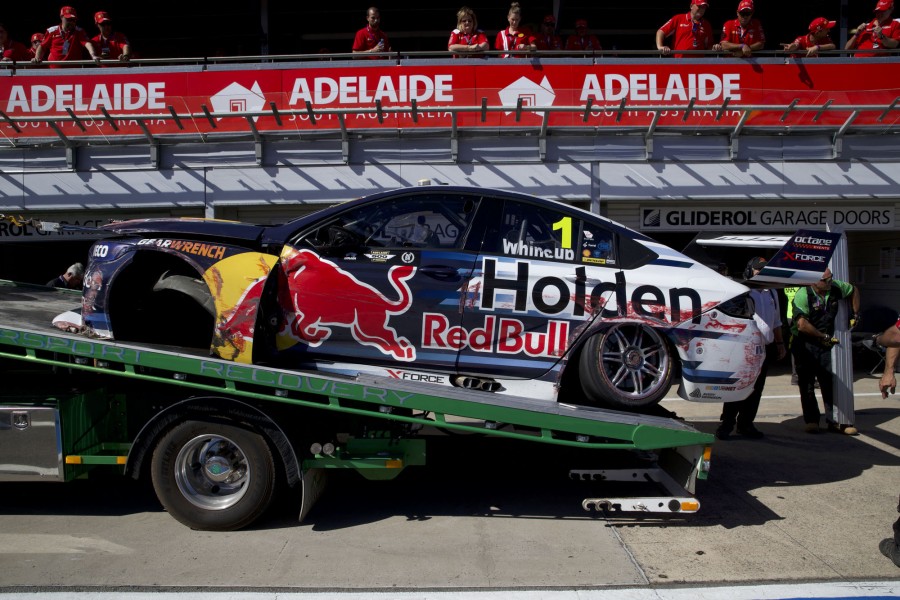 The Holden drivers also have a brand-new aerodynamic package to adjust to this year, which when pressed, Whincup suggested was also a factor.

“It is a different beast this year,” he said.

“It's not similar to previous years, I'm still trying to find my way. I'm struggling at places like Turn 1 and Turn 8; I haven't quite got a rhythm yet.”

The Red Bull Holden Racing Team is now working to repair the car ahead of final practice tomorrow morning.

A Top 10 Shootout will also take place before the 250km race. Despite losing his fastest time for causing a red flag, Whincup ended qualifying ninth, earning him a Shootout berth.