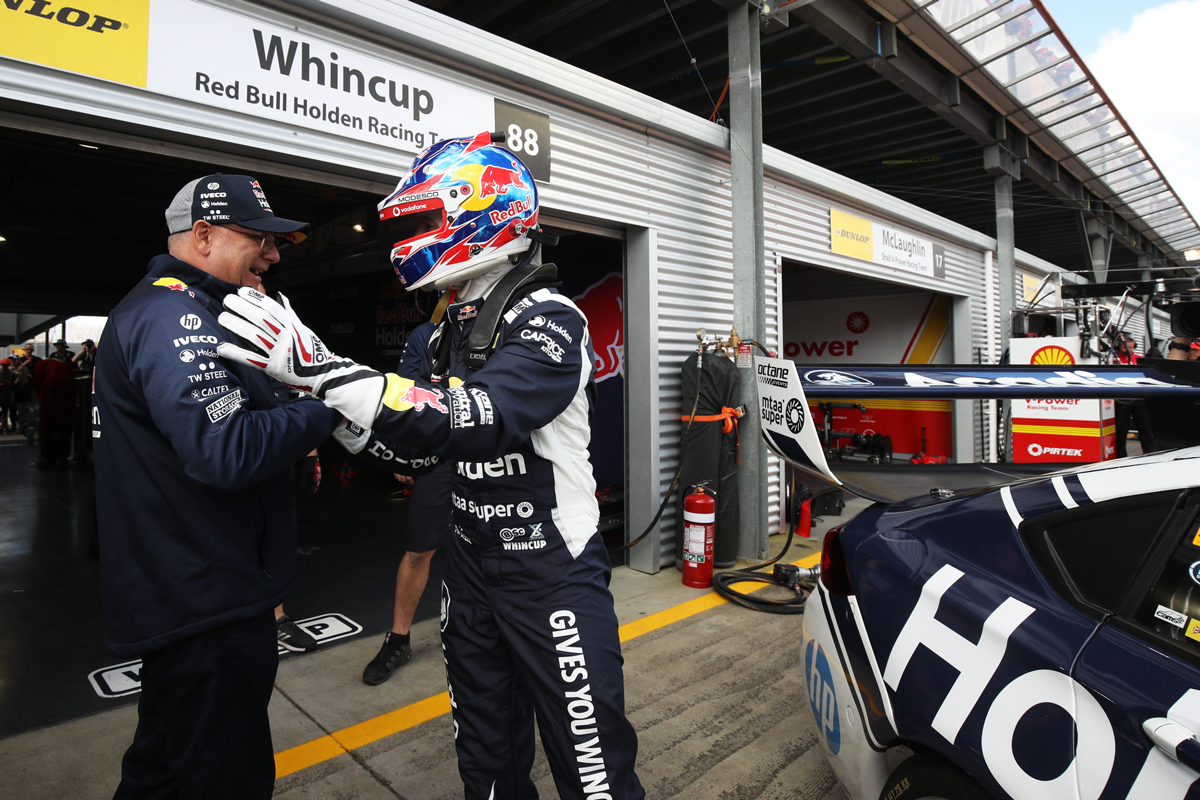 Jamie Whincup has continued his Sunday fightback at Pukekohe to deny Lee Holdsworth a breakthrough ARMOR ALL Pole Position in the Top 10 Shootout.

That effort eclipsed all until Whincup, who had been fastest in qualifying this morning, took to the track.

Despite the runners immediately before him seemingly struggling to extract the most from the track conditions, top spot rarely looked in doubt for Whincup during an exceptional 1:01.6666s lap that put him almost two tenths clear.

“I had a reasonable lap, not perfect,” said Whincup, who was stripped of second place yesterday due to a post-race time penalty.

“The track conditions were slightly different to qualifying.

“The car was fantastic. I couldn’t be happier.”

Holdsworth will nonetheless have a golden chance to grab his first podium for Tickford Racing starting on the front-row, while Cameron Waters put his Monster Energy Mustang third after laying down a high benchmark with the opening lap of the Shootout. 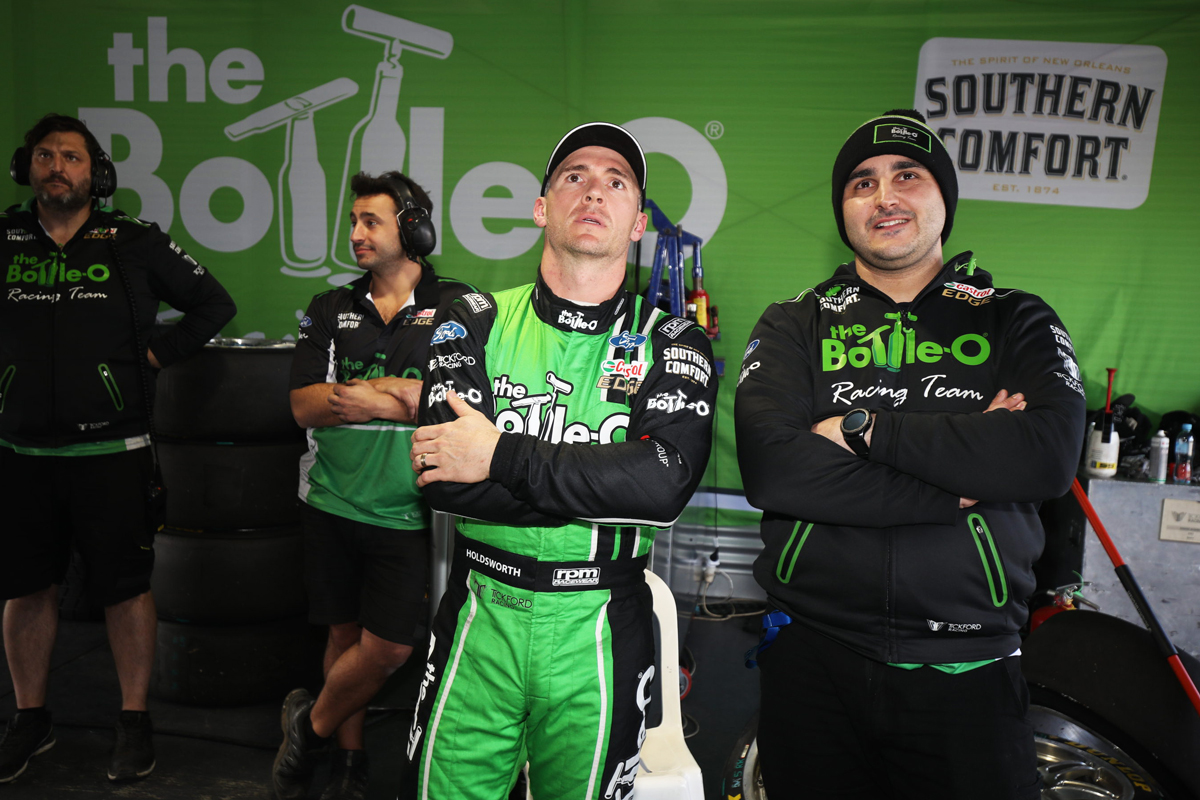 “I knew with Jamie and a few of the others on greens we would probably get knocked off,” said Holdsworth.

“I’m stoked. We used a set of used tyres then, we’d done a run on them already in qualifying, so to pull that time out was brilliant.

“[Waters] gave me a tip that the track was pretty good before my run, so that was a bit of a help.

“It’s great to be second and third, hopefully we can finally get a bit of that silverware.”

Fabian Coulthard again out-qualified his Shell V-Power Racing teammate Scott McLaughlin and will start fourth, one spot ahead of the championship leader, who for the first time this year failed to nab a front-row grid spot across the weekend. 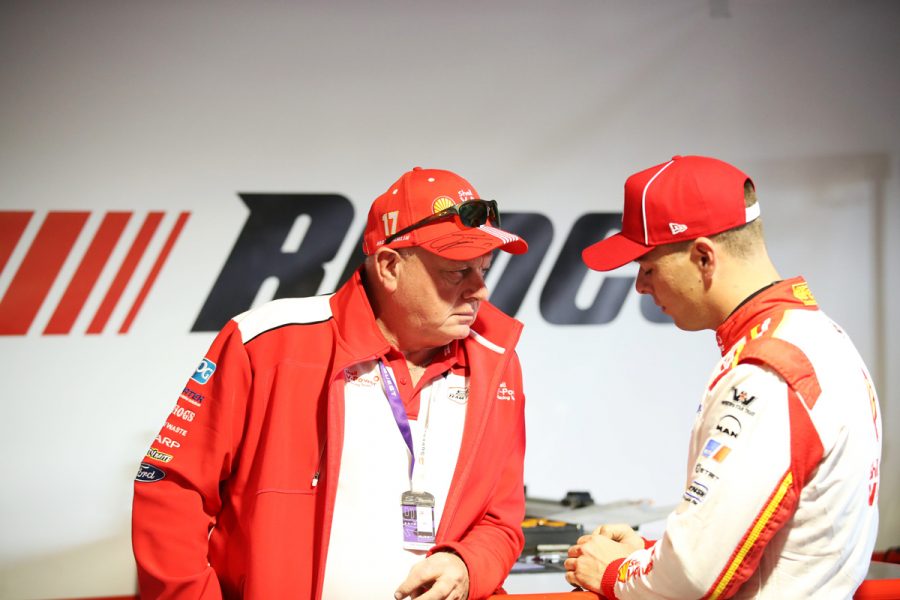 "When you're confident in the car you can do good things with it," Coulthard said.

"Definitely this weekend we've taken a slightly different approach and it seems to have worked."

McLaughlin will be joined on the third row by Saturday race winner Shane van Gisbergen, with Chaz Mostert, Will Davison, Nick Percat and Mark Winterbottom rounding out the 10.

Davison wound up "bloody angry at myself" after making a mistake through Turn 4.

"I lost two-and-a-half tenths there," he said.

Percat is under investigation for a Shootout procedural breach.

This afternoon’s 200km race will start at 4:10pm local time.