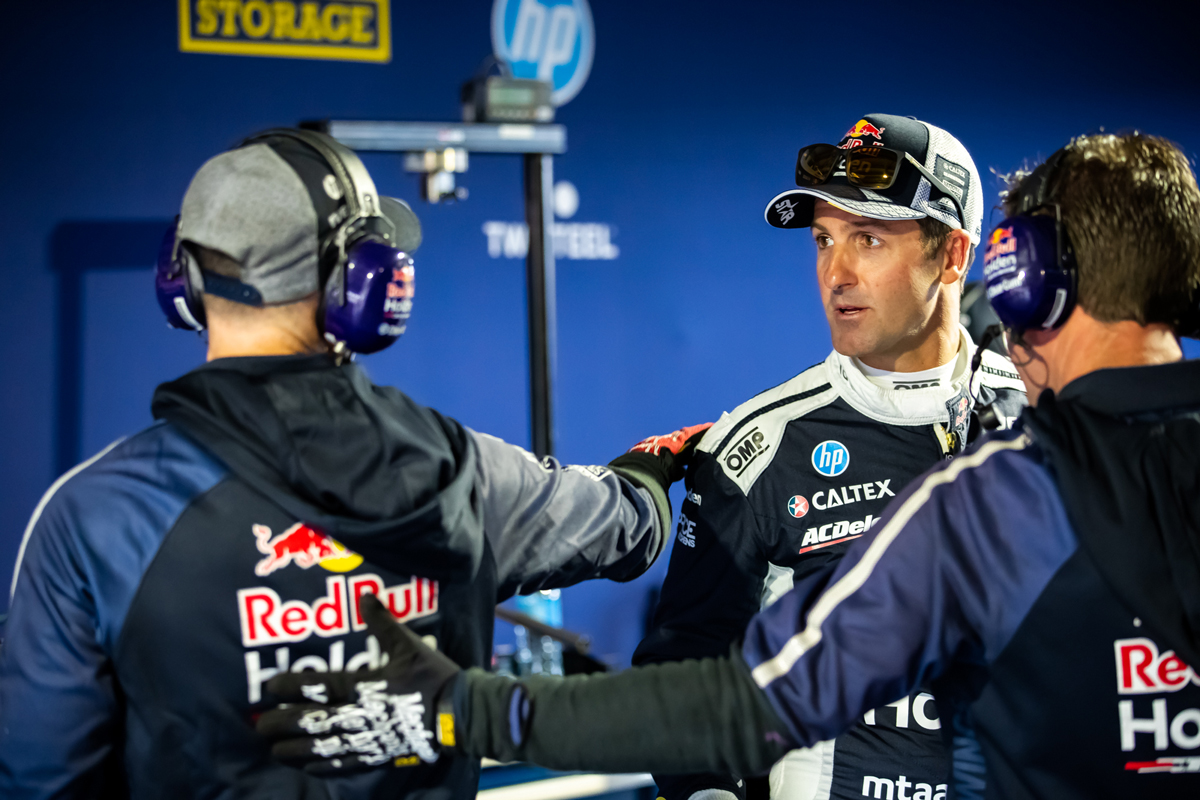 Jamie Whincup has reflected on his dramatic Sunday at Pukekohe, expressing regret for passing the Safety Car and declaring his post-race comments unhelpful.

The seven-time champion was issued a ‘please explain’ letter by the governing body earlier on Monday, following his public criticism of CAMS-appointed officials.

Under CAMS' National Competition Rules, Whincup faces a potential sanction for making comments against the interests of the sport.

He told the television broadcast after the race that there are “people making decisions that are just cruising back, just having a few glasses of red each night, and rocking up to the track and the brain's not with it”.

His comments came after a race in which he’d elected to pass the Safety Car, despite its orange lights being illuminated.

Whincup was later issued a drive-through penalty for the move, which took him out of contention, eventually finishing 16th.

“Now that the heat of the battle has subsided, I’ve had a chance to reflect on Sunday’s race,” said Whincup in a statement.

“I without fail give 110 percent in every race and that inevitably leads to passions running high.

“This passion spreads throughout the whole team and we had worked incredibly hard to put ourselves into a great position on Sunday.

“I have asked myself today though, were my comments post-race helpful? The answer to that is no.

“I’m a big believer in helping people to do their jobs to the best of their ability and that’s what I should have focused on instead of criticising.

“While I knew I wasn’t the leader of the race, and despite my engineer confidently telling me over the radio to not get held up by the Safety Car, the lights in front of me were orange.

“Every athlete in any sport needs to follow the directions of the officials, whether they feel the correct decision was made or not.

“I recognise I am role model and so the critical point I want to make to all the kids watching is that passing the Safety Car and going against the officials’ decision isn’t how we should play.

“In hindsight I wish I made a smarter split-second decision.

“I would like to take this opportunity to thank all of you that watched Pukekohe on the weekend, both at the track and on TV or online, as it was a cracking weekend of racing that really showed the current strength of our amazing sport.”

CAMS officials have confirmed Sunday's Safety Car process will be reviewed as part of its regular post-event debrief, with Whincup's Triple Eight team declaring a full investigation is required.