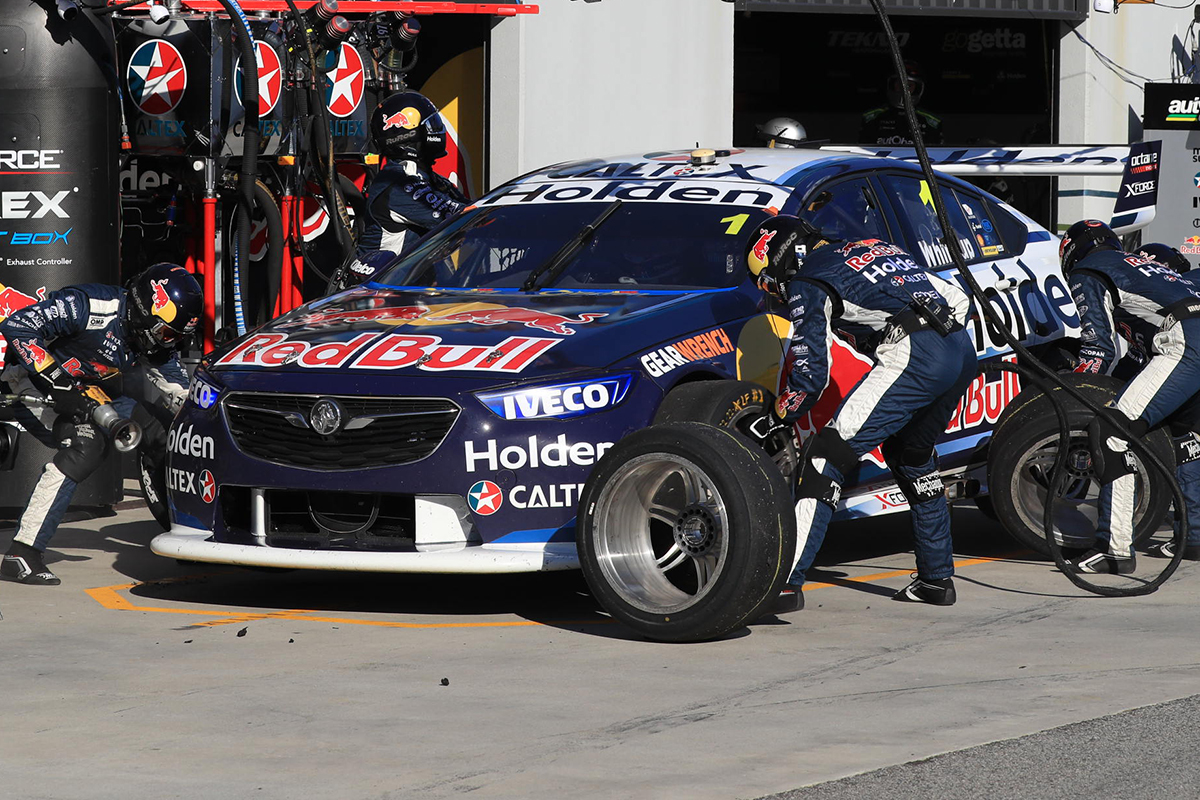 Jamie Whincup’s Red Bull Holden Racing Team crew has moved into the lead of the 2018 PIRTEK Pit Stop Challenge at the halfway mark.

The opening leg of the Perth SuperSprint on Saturday was the fourth of eight regular rounds, from which the top four teams will contest finals at the Supercheap Auto Bathurst 1000.

Whincup’s #1 entry sat fourth after the first two events at Albert Park, then moved up to second at Symmons Plains last month.

With the fourth-fastest pitlane time at Barbagallo Raceway on Saturday, Whincup’s tally moved to 86 points from a possible 104, accompanying earlier results of fifth, ninth and fourth.

Points are allocated incrementally from 26 for the fastest down to one for 26th.

Barbagallo was somewhat unique in that the 120km sprint race featured both single and two-stop strategies.

For those pitting more than once, such as Whincup, the best time counted towards the standings.

Mark Winterbottom’s Bottle-O Ford crew led heading west, but could only manage the 13th-fastest time and fell to fourth in the order.

Brad Jones Racing filled the next two spots with Freightliner Racing on 31.092s for Tim Slade and Blackwoods Racing’s 31.438s for Nick Percat.

With those results, the teams of Percat and McLaughlin move into second and third place after four events, five and seven points off Whincup respectively.

Behind the lead Tickford entry in fourth, Rick Kelly’s Castrol Nissan and Mobil 1 Boost Mobile Racing’s pairing of James Courtney and Scott Pye round out the top six.

Round 5 will be the Saturday leg of the Winton SuperSprint on May 18-20, followed by races at Hidden Valley, Queensland Raceway and the new Bend Motorsport Park.

A top prize of $20,000 and the PIRTEK Pit Stop Challenge Golden Rattle Gun perpetual trophy will then be on the line in a televised finale at Mount Panorama. 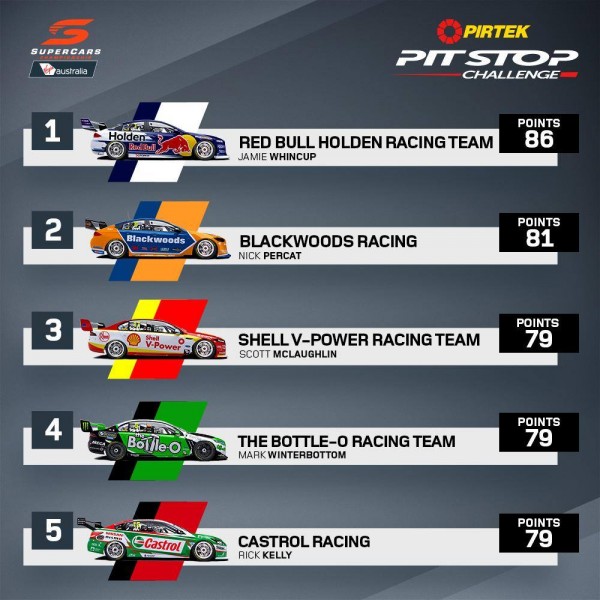