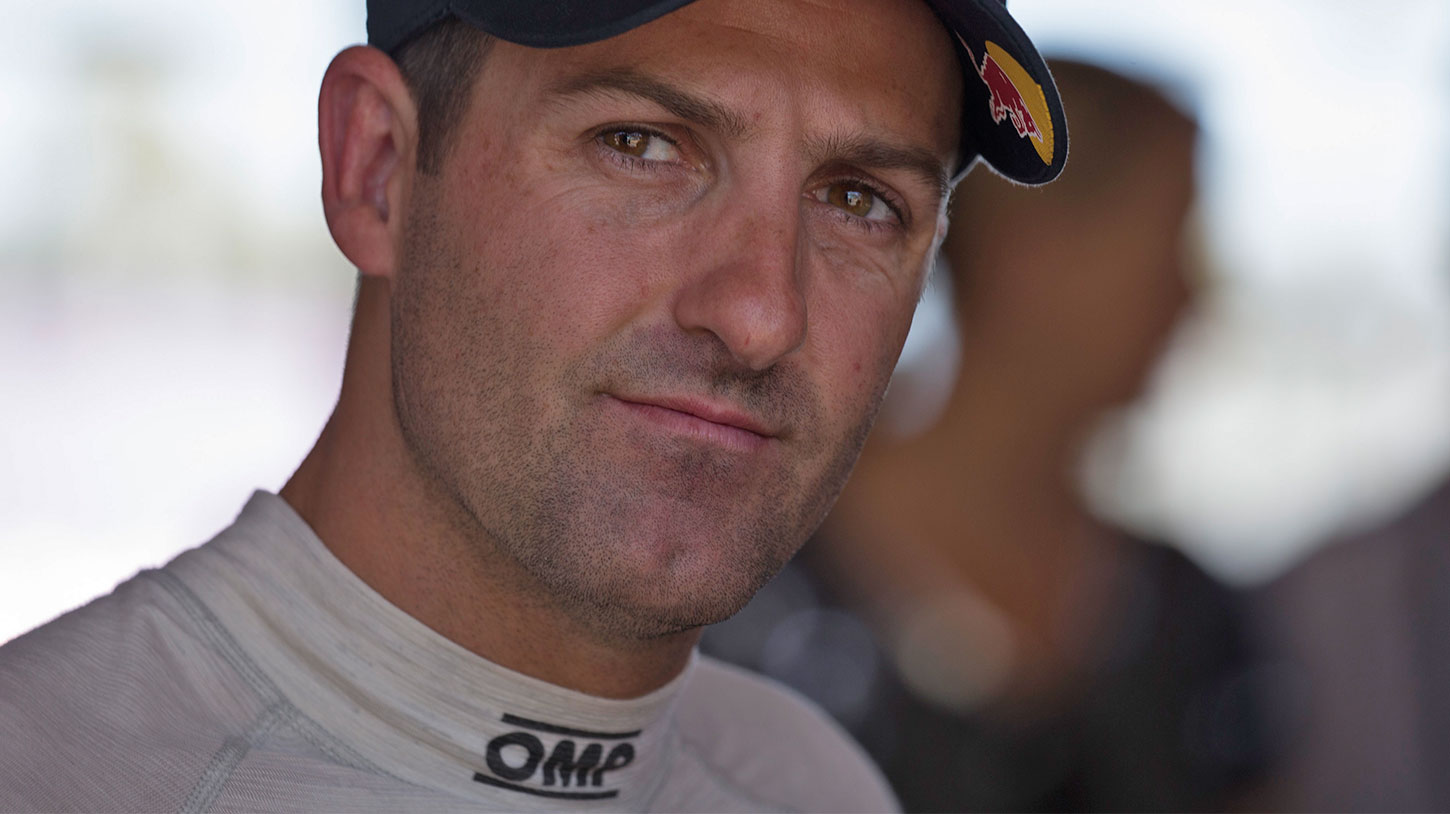 Six-time V8 Supercars champion Jamie Whincup has revealed he may not drive full-time in the category beyond the end of his current contract with Triple Eight Race Engineering at the end of the 2018 season.

If he sticks to his current thinking, Whincup will be just 35-years old when he steps from a V8 Supercar cockpit for the last time, one year older than newly-crowned first time champion Mark Winterbottom is now.

Statistically Whincup is already regarded as the greatest Australian touring car driver of all time thanks to his record six championships. He is currently second to team-mate Craig Lowndes on the all-time win list – and should pass him next year – and has four Bathurst wins to his credit.

Whincup says he wants to sample international motor racing categories while still at his peak, but won’t dabble while racing in V8 Supercars.

“Basically there are things I would love to do that I don’t want to do while I am racing V8s,” he confirmed.

“There are some other big events around the world that the other guys do here and there that I can’t just go along and have a crack at.

“I would love at some stage before I am slow to have a crack at a few other things outside V8s.

“So I don’t want to be driving V8s too long. I want to give myself time to go and do some other cool stuff.”

Whincup wasn’t specific about what he was interested in sampling outside V8s, although “sports car racing around the world” is one loosely defined objective.

“I don’t know what, but I would love just before I pull the pin on it to do a few little events like that,” he said.

“But I won’t half-arse this if you know what I mean. There is a team of people at Triple Eight absolutely dedicated to that (V8 Supercars), so me going parading all over the joint is not part of what we do.”

Lowndes has raced in the GT3 category here and overseas in recent years, while Winterbottom has raced in the opening round of the Brazilian stock car championship the last two years. Whincup was also invited to drive in Brazil but declined citing his commitment to V8s.

Whincup’s other primary motivator in stepping out of V8 Supercars at a young age is his determination not to become an also-ran.

He says five-time motorcycle grand prix world champion Mick Doohan is an inspiration for his thinking.

“The person who has done it the best is Mick Doohan,” Whincup said. “Mick got out at the right time. He was competitive right to the end and he retired as a legend for the rest of his life.

“He didn’t run down through the mid-pack and then out the back.”

Whincup admitted his career plan was something he thought about “all the time”.

“I am a thinker, I am an analyser,” he said. “I just want to get it right and I just look at what people have done and I come up with an opinion and what I believe is right. And I think Mick got it right.”

Whincup stresses his final decision about staying on in the category beyond 2018 is not yet made. And this is not the first time he has discussed what many would regard as a premature end to his V8 Supercars career. Back in 2009 in a Wheels magazine interview when aged 26 he talked about moving on from his motor racing career at age 30.

“I am regretting what I said about the 30 because I am 32 and still going,” he reflected this week. “It depends on what’s going on. It’s a probably a bit silly saying I am pulling the pin in three years.”

One thing Whincup stressed was the loss of the drivers’ championship after four straight wins was not a reason he was thinking of putting an end to his V8 Supercars career. Instead, he said, it was a motivation to race even harder to regain it.

“Next year is going to be a big carrot trying to get that number one back,” he said. “We got well and truly beaten this year by a better team in Mark and his crew, so it’s a big challenge trying to get back there.

“And we needed a challenging year to be honest - as stupid as that sounds. We got it and now it’s the opportunity to get it (number one) back.”

The Triple Eight organisation also goes through a dramatic restructure for 2016, with Shane van Gisbergen moving in as Whincup’s Red Bull team-mate, while Lowndes, who turns 42 in 2016, races under the newly-created Team Vortex banner.