Work on repairing Jamie Whincup's Commodore has begun after his Sunday Townsville accident, with the Red Bull Holden Racing Team confident it has not sustained chassis damage.

Whincup crashed exiting Turn 6 in the greasy conditions, the front and then rear end of the Holden hitting the inside wall.

He initially tried to limp back to pitlane, but was told to stop on track to save the engine, which had shed its oil.

Triple Eight's truck returned to its Banyo base on Tuesday afternoon, with Whincup's engineer David Cauchi reporting the work ahead was "nothing too outrageous".

The team is set to test at Queensland Raceway next week, ahead of the Century Batteries Ipswich SuperSprint on July 26-28.

"It looks like the damage is mostly just bolt-on parts, so the front rail extensions and all the cooling system at the front was damaged, which is ultimately what meant we couldn’t keep going," Cauchi told the team's website.

"From what we’ve seen so far, there’s no chassis damage, so it’s just the bolt-on parts, a couple of suspension items and bodywork items.

"It is a bit of extra work before the test day in terms of renewing all the spares, so there’s a decent amount of extra work, but nothing too outrageous." 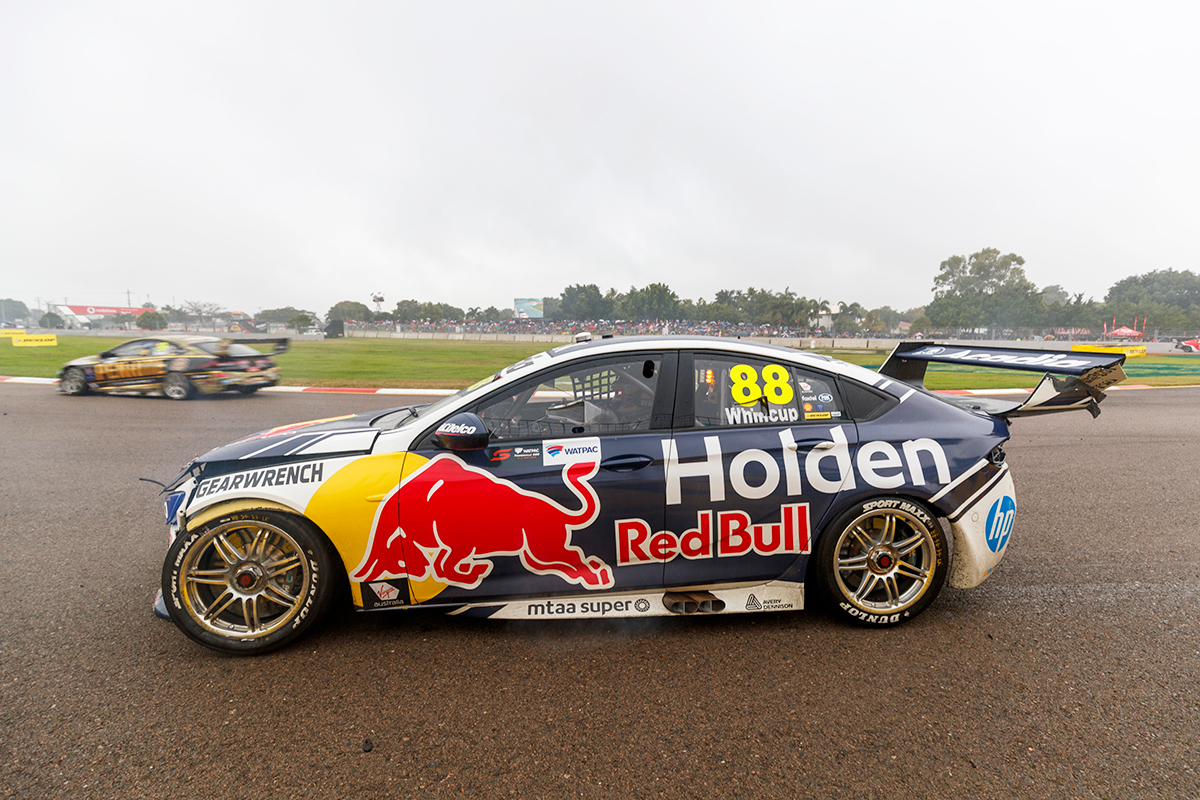 From 12th on the grid, Whincup was up to seventh by lap two, and then spent the rest of his opening stint in fifth place.

He ultimately crashed three laps after making his first pitstop on lap 16.

"The car bounced off the inner kerb at Turn 6 and went wide,” Cauchi said.

"Unfortunately on the wet kerb it meant that we spun and hit the inside wall. It was just one of those things in those really tough conditions.

"We had asked Jamie to push hard. We’d stopped early to try and undercut some cars, so he was pushing hard and these things happen when you’re doing that."

"I was really happy that Shane, Shippy and the team won," Cauchi added.

"We’re trying lots of things and some of them seem to be a step in the right direction, but the cars are far from refined and there’s still a lot of work and understanding that needs to be done to improve the package overall."

Having finished fourth on Saturday, van Gisbergen climbed from fifth to third in the championship over the course of the Townsville weekend.

Whincup opened his weekend with a second-place finish but remains sixth based on his Sunday DNF.