Whincup’s 1:12.2435s was fastest by 0.3437 seconds in Friday’s final session, while Scott McLaughlin was third and Craig Lowndes 15th on the day he announced his retirement.

McLaughlin’s running had just started, having been sidelined for the first 15 minutes by a problem with the throttle-position sensor in his Shell V-Power Racing Falcon.

There was a similar exchange with five minutes to go, this time between van Gisbergen and Whincup.

Whincup emerged on top with a 1:12.2435s but McLaughlin’s effort just afterwards was thwarted by traffic.

That was ultimately the last action from the top three, with Whincup finishing the day clear of van Gisbergen and McLaughlin.

“We’re on our program, which is nice. We got through everything in P1 and P2,” Whincup said.

“We didn’t maximise in P1 but we felt like we did then. Everyone will take a step up tomorrow, but the car is feeling nice.

“After the test day and Darwin the car is much nicer to drive.”

Van Gisbergen added: “It feels pretty good so far. We have good tyres, so that put us up front, but I think everyone was on new then, so hopefully it’s genuine.

“I think qualifying is our biggest test. We’re always fast in practice and racing, but in qualifying we can’t make the tyre work.

“We need to see what they did and try and put it together, but it feels good.” 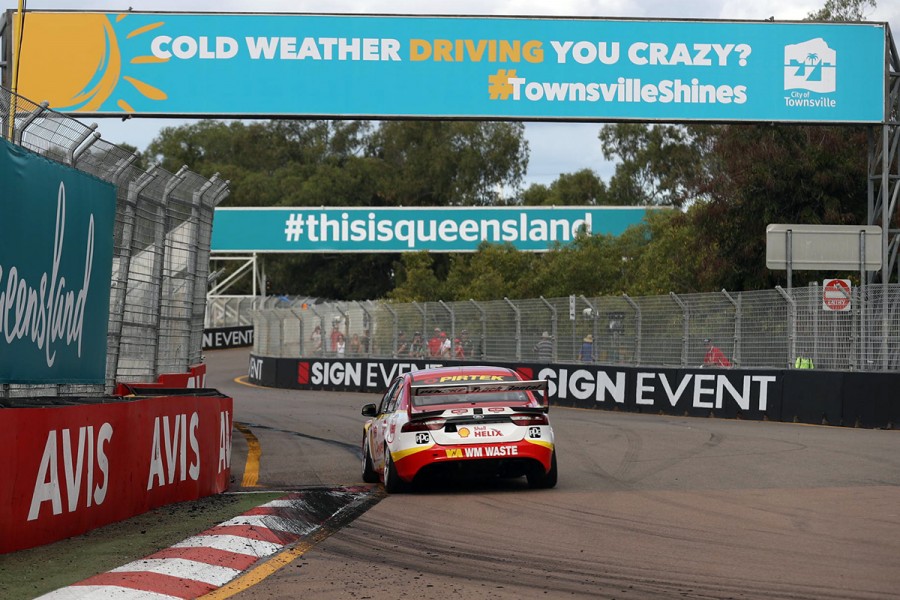 McLaughlin downplayed the impact of the early delay and turning a session-low 12 laps.

“I came up on that green lap and a few guys came out of the pits,” the championship leader explained.

“It’s just not worth risking the absolute maximum, just in case they didn’t see me, I’d have nowhere to go.

“I backed out of it and by the time we went around on the next lap the tyre pressures were too high.

“We’ve got a bit of work to do, but overall it’s not too bad of a day.

“That session was focused on a qualifying run, so we were only going to do a few laps," he added of the sensor issue.

“You always want to do more laps and get an idea where the track is and we sort of flew blind there for a little bit, but it figured out in the end.”

Nick Percat was fourth in his Dunlop-backed Brad Jones Racing Holden, 0.4147s off the pace set by Whincup, ahead of Milwaukee Racing’s Will Davison and Erebus Motorsport’s David Reynolds.

The lead Nissan was Rick Kelly in seventh, while fastest rookie Jack Le Brocq, Fabian Coulthard and Scott Pye rounded out the top 10.

Lowndes, starting his full-time farewell tour in Townsville, was 15th fastest, with a 1:13.0908s.

The Watpac Townsville 400 continues on Saturday, with ARMOR ALL Qualifying at 11:55am and the weekend’s opening 70-lap race at 4:05pm.