Jamie Whincup has gapped the field in the ARMOR ALL Top Ten Shootout for Race 16 in Townsville.

Van Gisbergen, who defeated Whincup to the Race 15 win on Saturday, was over three tenths down on his teammate’s flyer.

It was a role reversal on Saturday, when van Gisbergen put three tenths on Whincup in the one-lap dash to set the Race 15 grid. 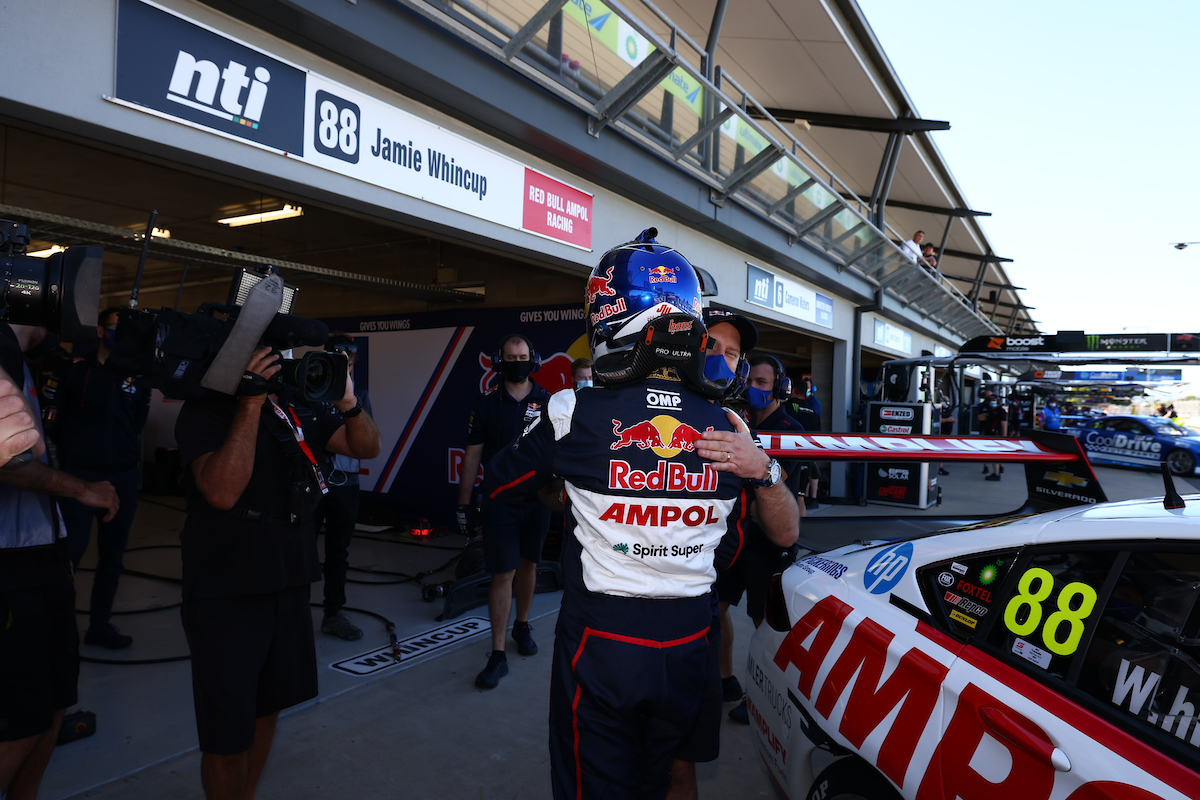 Todd Hazelwood was a surprise in third, with the Brad Jones Racing young gun’s 1:12.697s the benchmark for the balance of the session.

Hazelwood, who qualified ninth earlier in the day, was second man out in the shootout.

Drivers came and went, but were unable to displace Hazelwood, who was eyeing a second career pole and second in Townsville.

BJR teammate Nick Percat was closest to Hazelwood prior to van Gisbergen’s lap, with Percat just 0.015s away from the #14 Pizza Hut entry.

Will Davison, David Reynolds, Anton De Pasquale, Will Brown and Cameron Waters were all unable to bump Hazelwood.

It was series leader van Gisbergen who finally toppled the 2017 Super2 champion’s time, albeit by 0.042s, drawing groans from the BJR garage.

Only van Gisbergen stood in the way of a 90th career pole, and sixth in Townsville, for Whincup.

Smarting after missing out on the Saturday win, Whincup was peerless in all three sectors and pieced together a lap to trigger wild celebrations from the cockpit of the #88 Red Bull Ampol car.