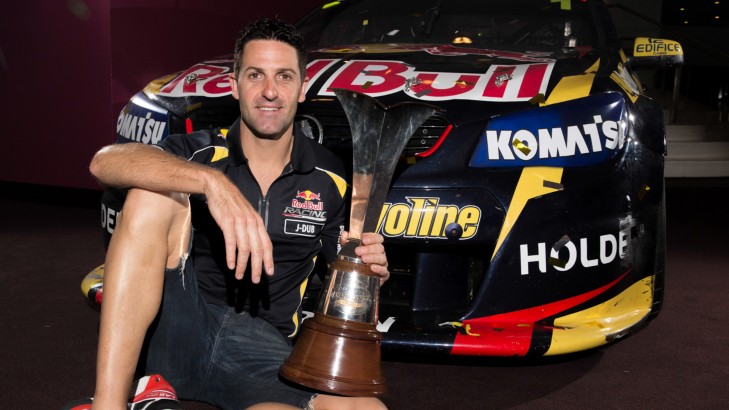 Whincup said in future he could see himself running a team and getting involved in the category to ensure motorsport remains strong in Australia.

"It's huge for Australian motorsport to have a good stepping stone from go-karts, either to go on to race in Europe or stay in Australian to move on to V8 Supercars," Whincup said.

"It's critical there's that stepping stone there - I think all the ingredients are right, hoping we keep the cars fairly even and they're well affordable."

Whincup believes as long as the Formula Four model remains low cost, it will provide a great option not just for budding drivers, but for those looking to participate in motorsport behind the scenes.

"If Formula Four [remains] nice and affordable - which is what the plan is - I see it being great, and for a person like myself to be involved in, as well.

"I'm in the heat of the battle right now, but later on in the next couple of years I'd love to run a team.

"And myself, with Eugene [Arocca, CAMS Chief Executive Officer] to try to apply to get the governments to realise how big motorsport really is.

"It's massive, it's not just a few hundred people, it involves thousands and thousands of people and if we get it right, that's the main thing.

"Let's make sure what we're doing right now is ensuring the sport is here for my kids and my grandkids ... for hundreds of years to come.

"At the moment, from what I can see, the moves are being played out correctly and we're definitely [heading] in the right direction."

The 31-year old spoke fondly of his time as a junior racer, bonding with family and friends at the racetrack, while competing and honing his motorsport skills.

"It's a massive sport and involves a lot of people and for me it was a fantastic upbringing," Whincup said.

"I spent my weekends with mum and dad at the racetrack doing something healthy, competing, having fun, enjoying time with friends and family - so I love the sport. I'd definitely get my kids involved if they chose to do that.

"I can see a great future."

For Whincup, it was an all-or-nothing attempt to make it in V8 Supercars, rather than pursuing a Formula One dream overseas.

"I had all my eggs in one basket, I absolutely gave it everything I had, had no second option or anything, just head down and made it happen so to speak, along with Lowndesy [Craig Lowndes] and the other boys," he said.

Click here for more on the Formula Four Championship.

Blanchard: I deserve a drive