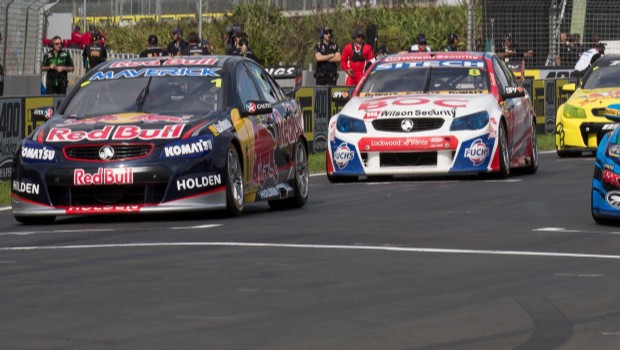 Red Bull Racing Australia driver and yesterday's Race Seven winner Jamie Whincup was best in the first ARMOR ALL Qualifying session of the day, while Team BOC's Jason Bright will start from p1 for the day's second race.

Bright was p12 in the first qualifying session, but managed to bounce back in the second. He is leading the weekend's points tally for the ITM 400 Auckland, first in line to bring the Jason Richards Memorial Trophy to the team Richards last raced in.

The first of this afternoon's races begins at 1:10pm local New Zealand time.