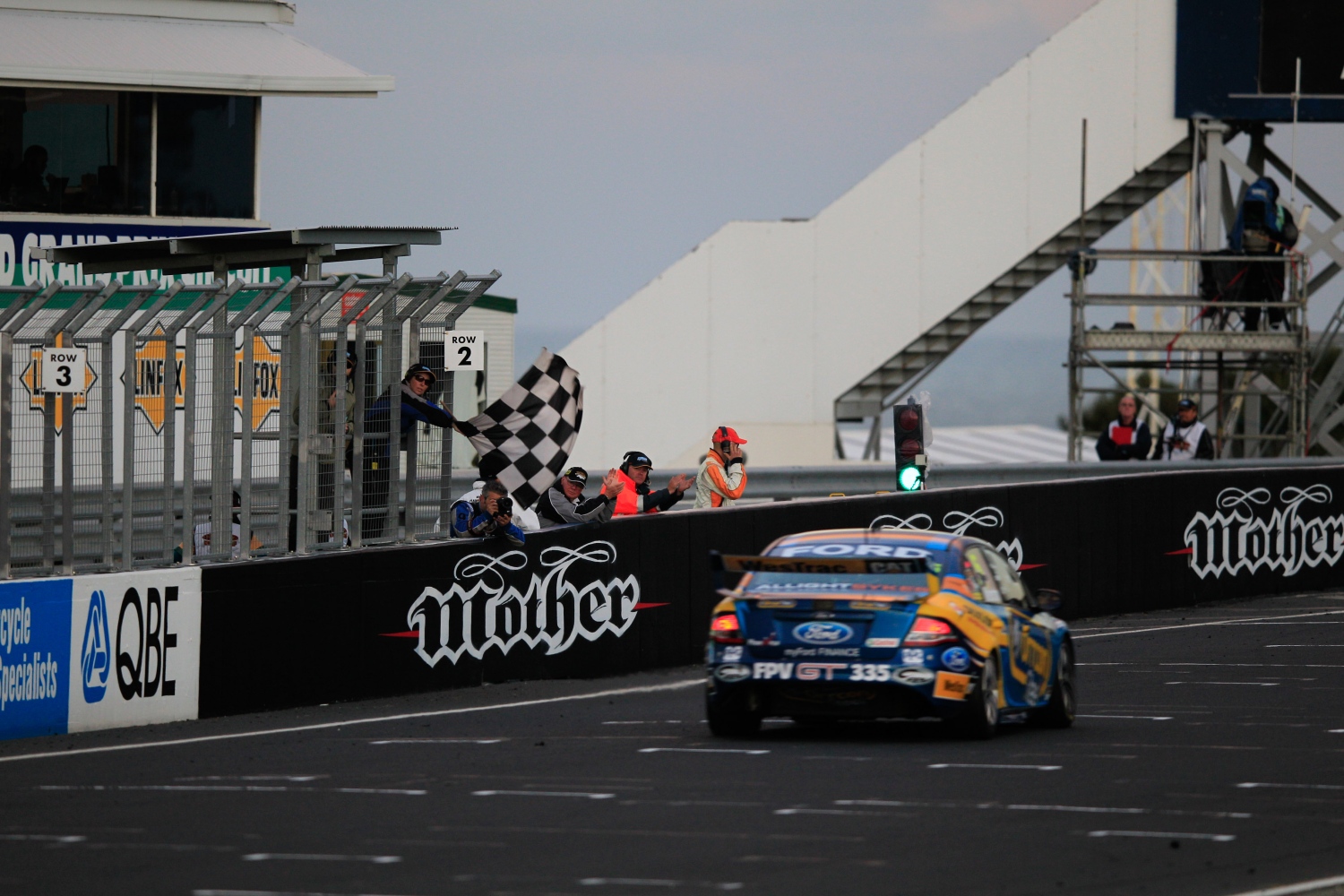 The infamous visit to Phillip Island in 2012 was headlined by the scary incident between Will Davison and Jamie Whincup.

But did you know some errant geese triggered the melee which saw the 2012 title fight turn on its head?

Phillip Island, which has been confirmed on the revised 2021 Repco Supercars Championship calendar, hosted the fifth round of the 2012 season.

From Adelaide to Tasmania, New Zealand to Perth, the 2012 season had encountered several twists and turns, with Triple Eight Race Engineering and Ford Performance Racing leading the charge.

When the series arrived at Phillip Island, Whincup led Davison by 29 points, with Mark Winterbottom 160 points from the lead.

The 10th race of 2012 began with David Reynolds stealing the lead from pole man Winterbottom.

Reynolds, however, would be robbed of a potential race win at his first pit stop, when a split hose on his fuel rig ruined his race.

Craig Lowndes also dropped out of contention when he was slapped with a drive-through penalty for an incident with Jason Bright.

Davison, eyeing a sixth win in 10 starts, led late on before Winterbottom found himself in the lead.

A group of Cape Barron geese, a staple of the Phillip Island landscape, roamed in the infield on the run to Turn 4.

The Safety Car was called, bunching the field together and setting up a grandstand finish.

As Winterbottom sailed away on the restart, Davison was hounded by a racy Shane van Gisbergen. 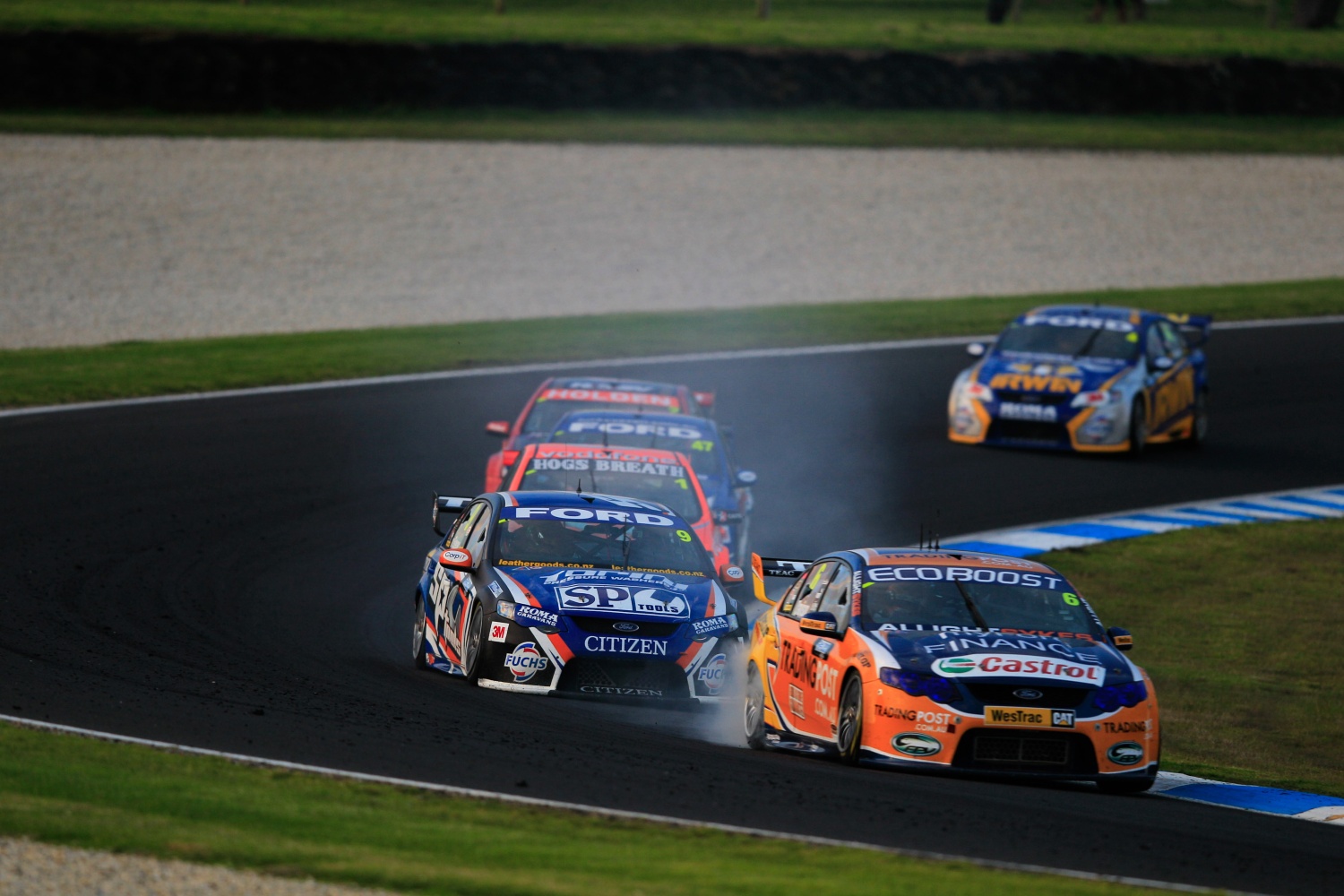 As they rounded the final turn, smoke began billowing from the rear of Davison’s Falcon.

As they rounded Turn 3, Davison got a run on Slade. Front to rear contact between the two sent Davison onto the wet grass and out of control.

Davison cleaned up Whincup, ending both their races on the spot. It would be the only race in 2012 that Whincup would fail to score.

All the while, Winterbottom raced away to a victory which saw the Ford ace close to 10 points of series leader Whincup. 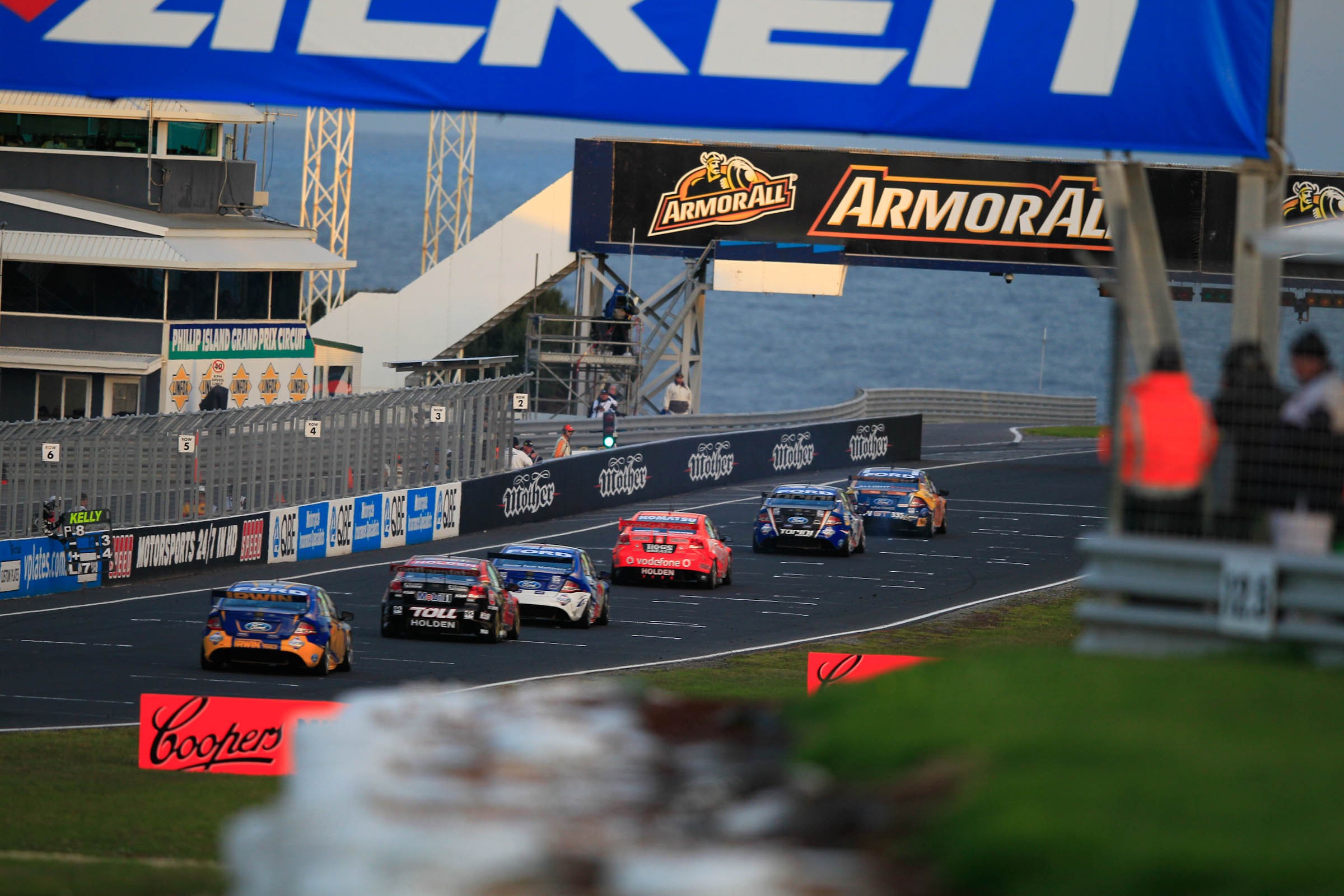 It was a bittersweet day for FPR; one car had won the race, but the other was heavily damaged.

"I think it was borderline lunacy but that’s my biased opinion I’m sure,” team boss Tim Edwards said at the time.

Whincup counted his blessings that he and Davison escaped unharmed.

"I didn’t even see him coming, the first time I knew of it was the impact,” he said.

"Clearly Will and Tim had bit of an incident coming under brakes and Will was just a passenger on the grass.

"The incident that caused it happened way back, but the end result was that I’ve got the front end hanging off my car. 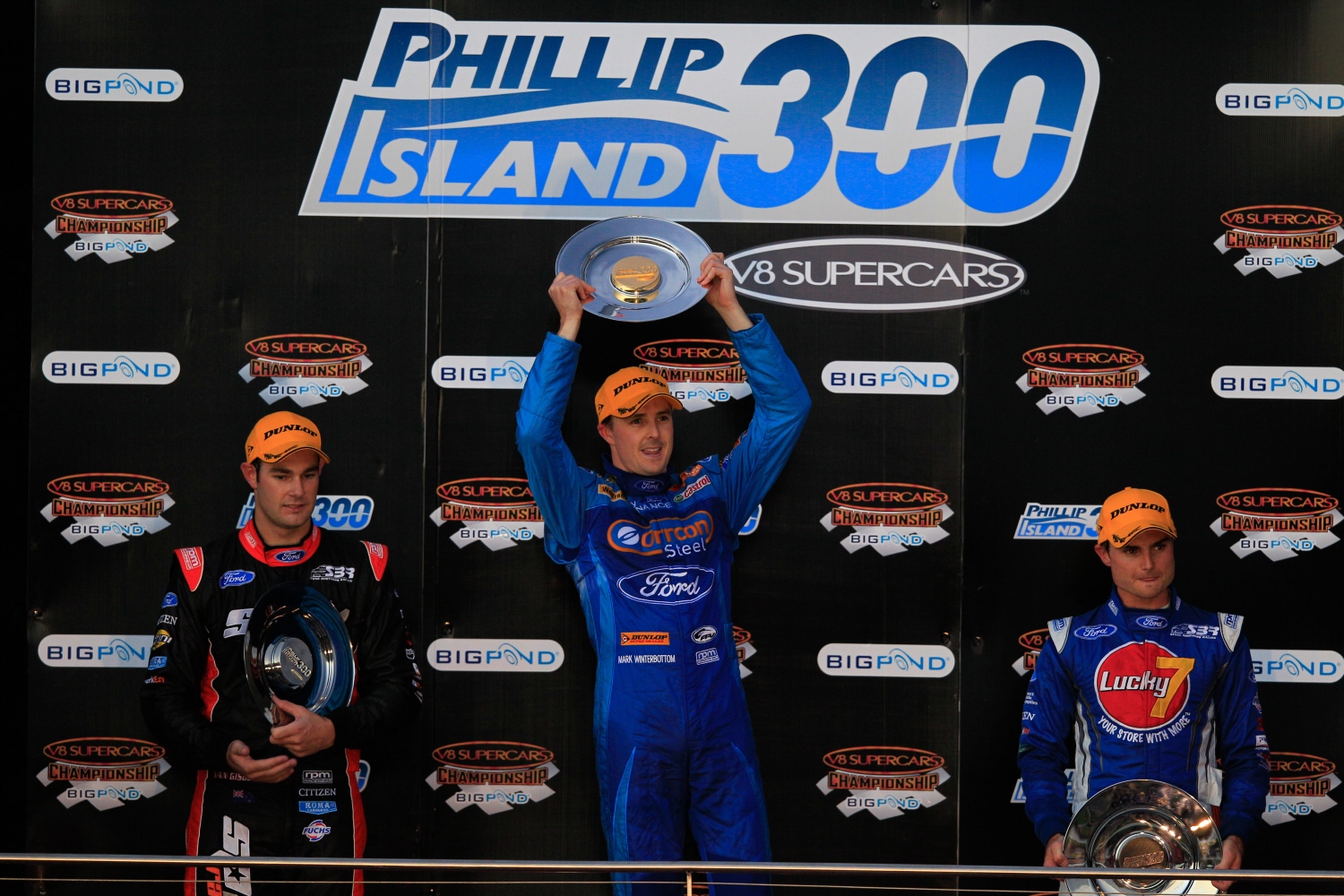 "I feel like I have used two lives up this week. If it [the contact] was a little bit later and I turned into the corner a little bit more and it hit the [driver-side] door, it could have been a completely different story.

"I’m really lucky that it didn’t hit the door and also that my hand flicked away from the steering wheel rather than going into the middle of it as it rotated.

"You can get your fingers caught and do some damage in an incident like that, but luckily enough I have no injuries whatsoever.”

Davison was far from impressed with Slade, who trailed Winterbottom and van Gisbergen, who started 11th. 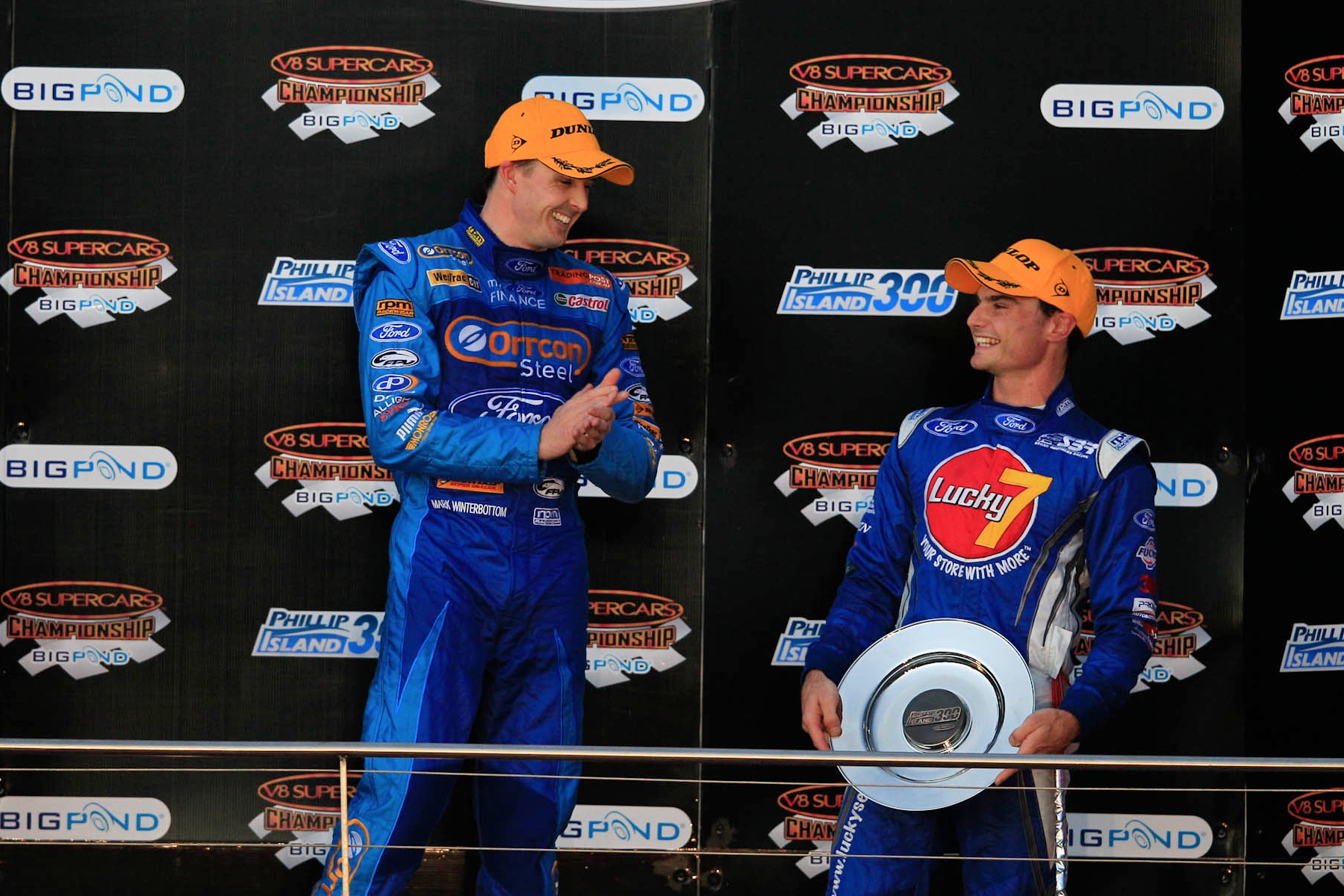 'How did we get away with that?'

"He [Slade] didn’t give me enough room, simple as that.

"I’ve seen the replay. Slade definitely moved right. I was on his right, I was pretty relaxed about it and thought I’d be up the inside into the hairpin. The next thing I was in the air into the grass.

"At that speed, the cars are moving around a lot, particularly when you get a side draft. So, I don’t know.

"There was room, and then I was launched into the air. You certainly don’t want to be having contact at that speed through there.

"Slade definitely moved right, I was there and that was that.”

Triple Eight and FPR repaired both cars, with Davison returning on Sunday to win the race ahead of Lowndes and Bright. Whincup was fifth, with Winterbottom sixth.

Ticketing information for the Bunnings Trade Phillip Island SuperSprint will be available over coming days.