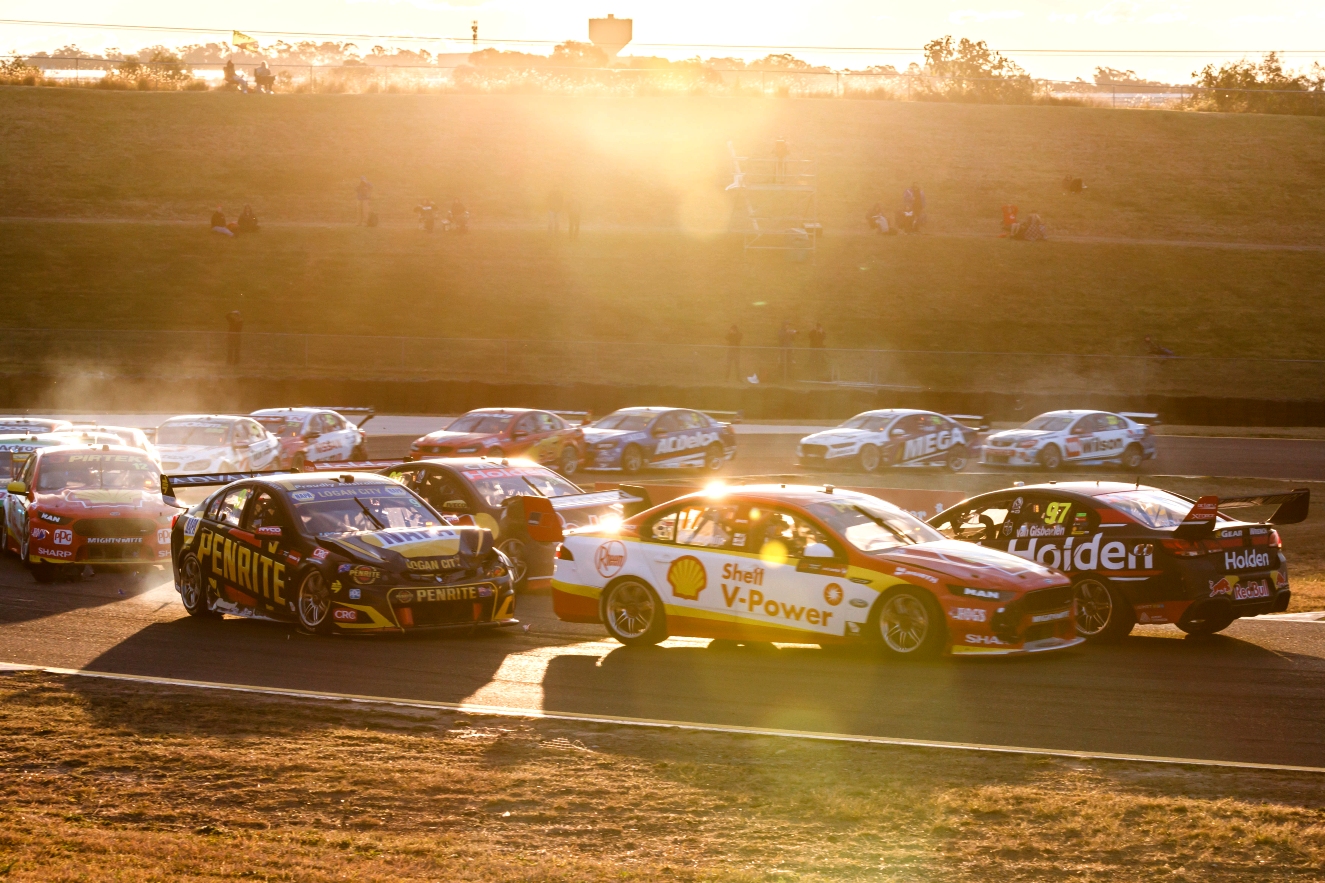 In November, the Repco Supercars Championship will return to Sydney Motorsport Park, which hosted the flashpoint of the 2017 season.

So much unfolded in so little time on August 19, 2017, and it was Fabian Coulthard who emerged with victory and a straight car.

Coulthard benefited from a high-profile clash for the lead between Scott McLaughlin and Shane van Gisbergen to claim the Race 17 win.

So much was at stake in the Sydney opener, with McLaughlin leading the championship and the race.

Tyre strategy loomed to be the ticket item of the race before the Safety Car was called following a right-rear tyre failure on Todd Kelly.

On the restart, van Gisbergen drew alongside McLaughlin, with the two cars making side-to-side contact down the pit straight.

Van Gisbergen had a clear lead heading to Turn 2, where he was tipped into a spin by McLaughlin.

The reigning champion was dropped to the back of the field, while McLaughlin was quickly demoted by Coulthard, who was on six-lap fresher tyres. 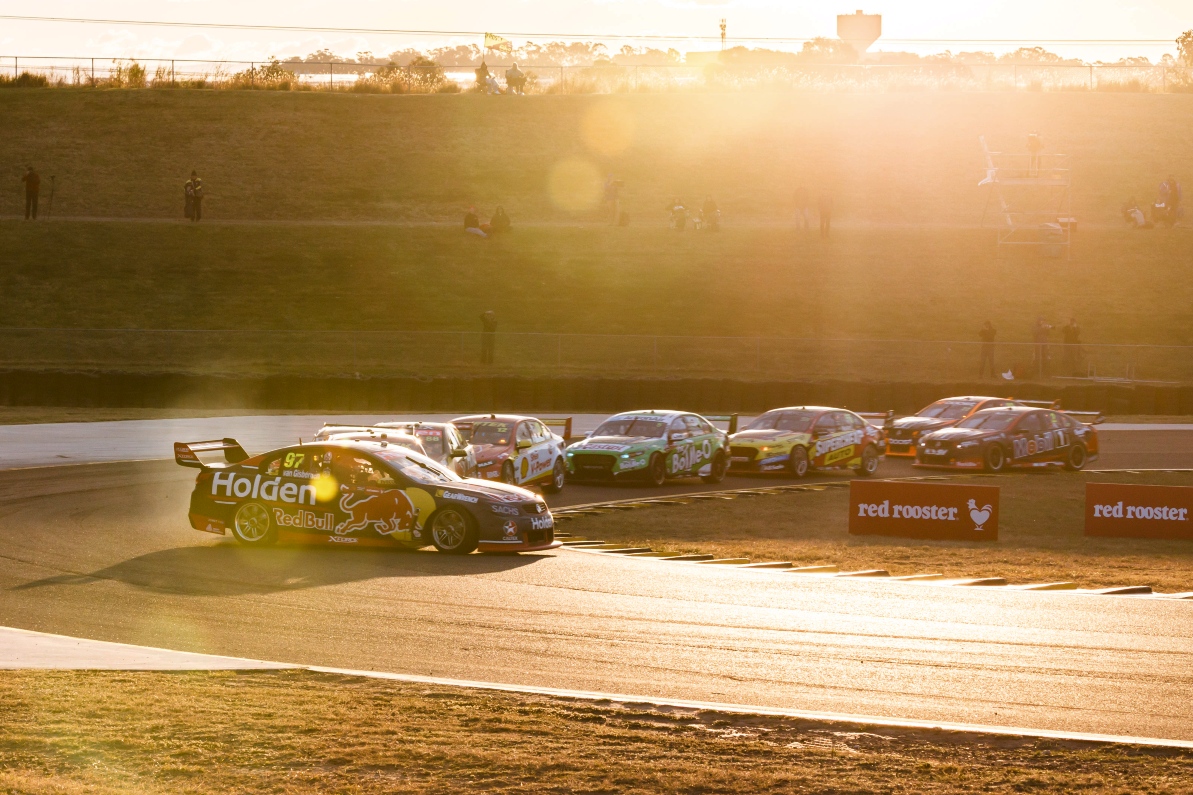 Initially, the big losers seemed to be Jamie Whincup and David Reynolds, both Commodores picking up major cosmetic damage.

McLaughlin was soon dealt a 15-second time penalty for the Turn 2 clash, but crossed the line second behind Coulthard.

Chaz Mostert charged through from seventh to third, which became second once McLaughlin was demoted.

The Red Bull Holden Racing Team had cleared a pit bay for Whincup, but he survived and was classified third following McLaughlin’s penalty. 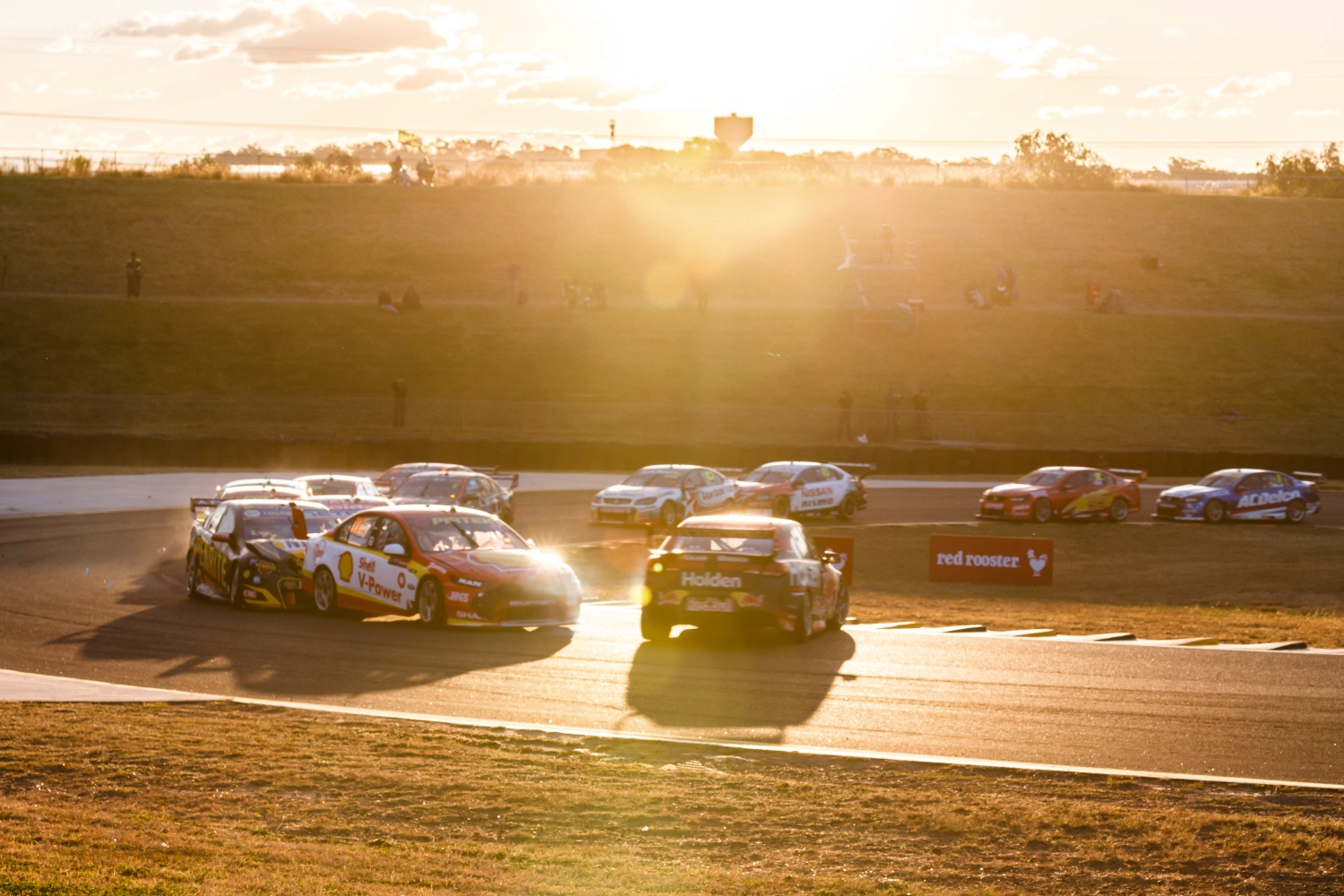 It saw McLaughlin’s points lead over Whincup slashed from 129 to 78 points.

"It all unfolded in front of me," said Coulthard after taking his fourth win of the season.

"It’s unlucky for Scotty, but we’ll take it.”

McLaughlin sought out van Gisbergen afterwards and apologised for the incident.

"It was an absolute balls-up on my behalf and I’m sorry to him and his team. It’s not the way I want to do it... it’s not my style,” McLaughlin said.

"[On the restart] I just got caught sleeping. There’s a lot for me to look at tonight, it wasn’t the best race on my behalf.”

Van Gisbergen acknowledged McLaughlin’s apology, but was disappointed by the time penalty. 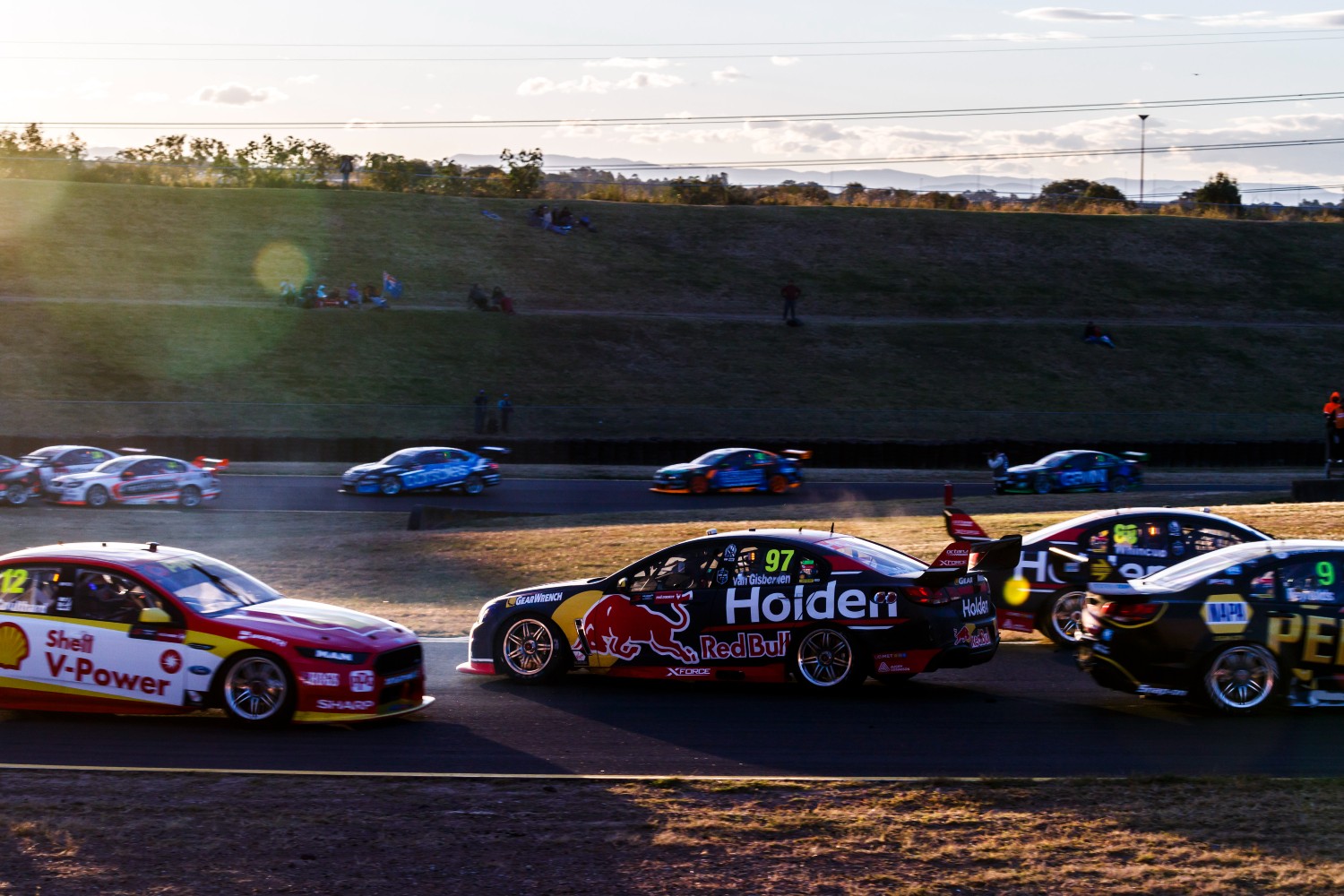 "I saw the green flag so I went beside him and didn’t pass him before the line,” van Gisbergen said.

“[When] I got in front of Scotty and he hit me once, I tried to correct it and he’s hit me off. But to his credit he was straight here apologising.

"The thing that frustrates me is we were up the back and he only gets 15 seconds for it, but bigger people than me make those decisions.” 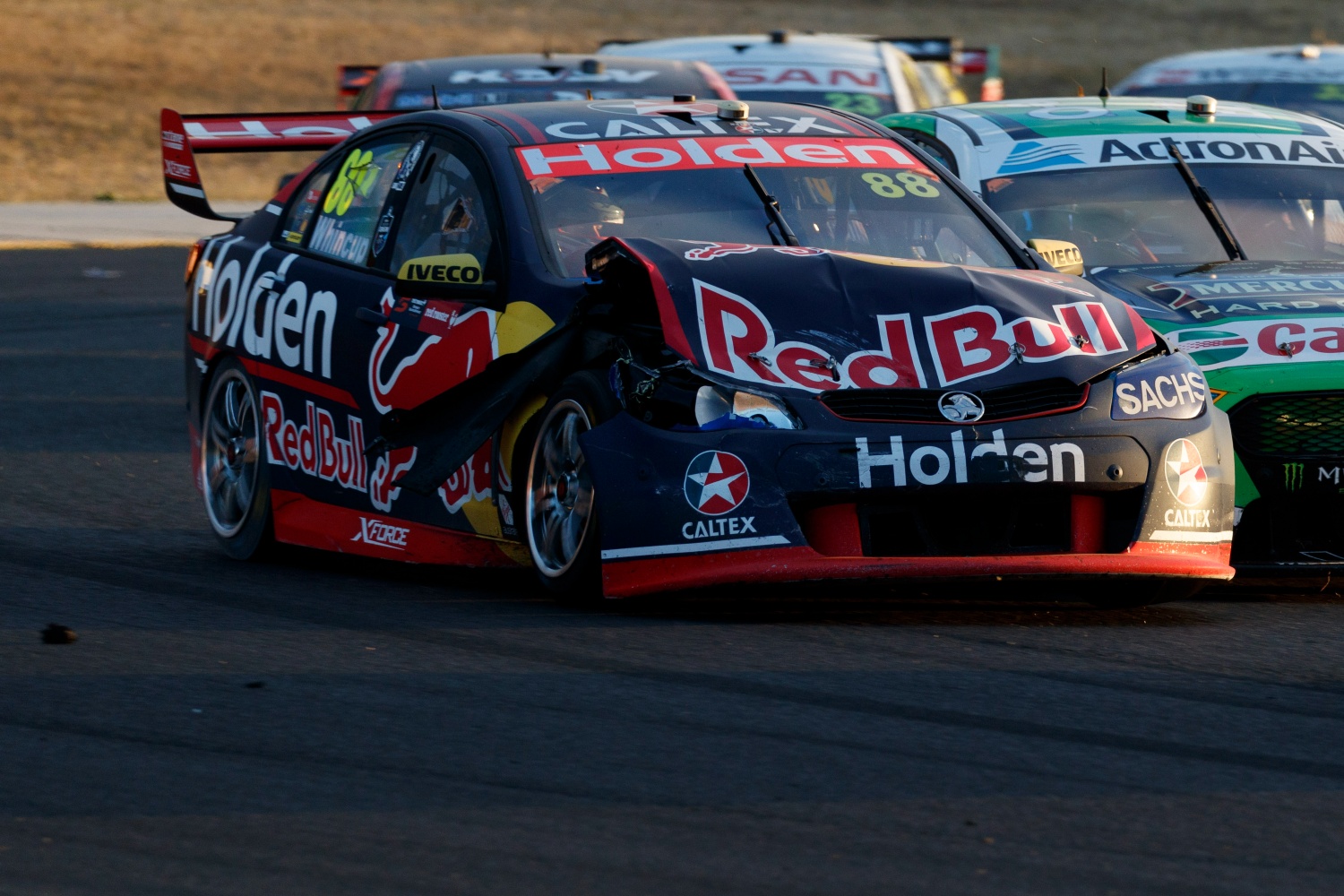 Whincup was lucky to finish the race

"You can see that McLaughlin has unloaded him, which was bad enough, but then to come in with the second hit, which was quite big, shows that he actually intentionally spun the car,” Dutton told Supercars.com after the incident.

"It’s not careless driving, it’s not a slip of this, it’s not that he braked too deep, it’s nothing like that, he intentionally took out the car that passed him.

"You can only assume it’s a frustration, red mist type thing… why else would you do it? You’d think he’s not that much of a bad sport, but make up your own mind.

"People will argue that Shane was rubbing down the front straight so the retaliation was okay, but retaliation is not okay and that’s clear in every other sport. 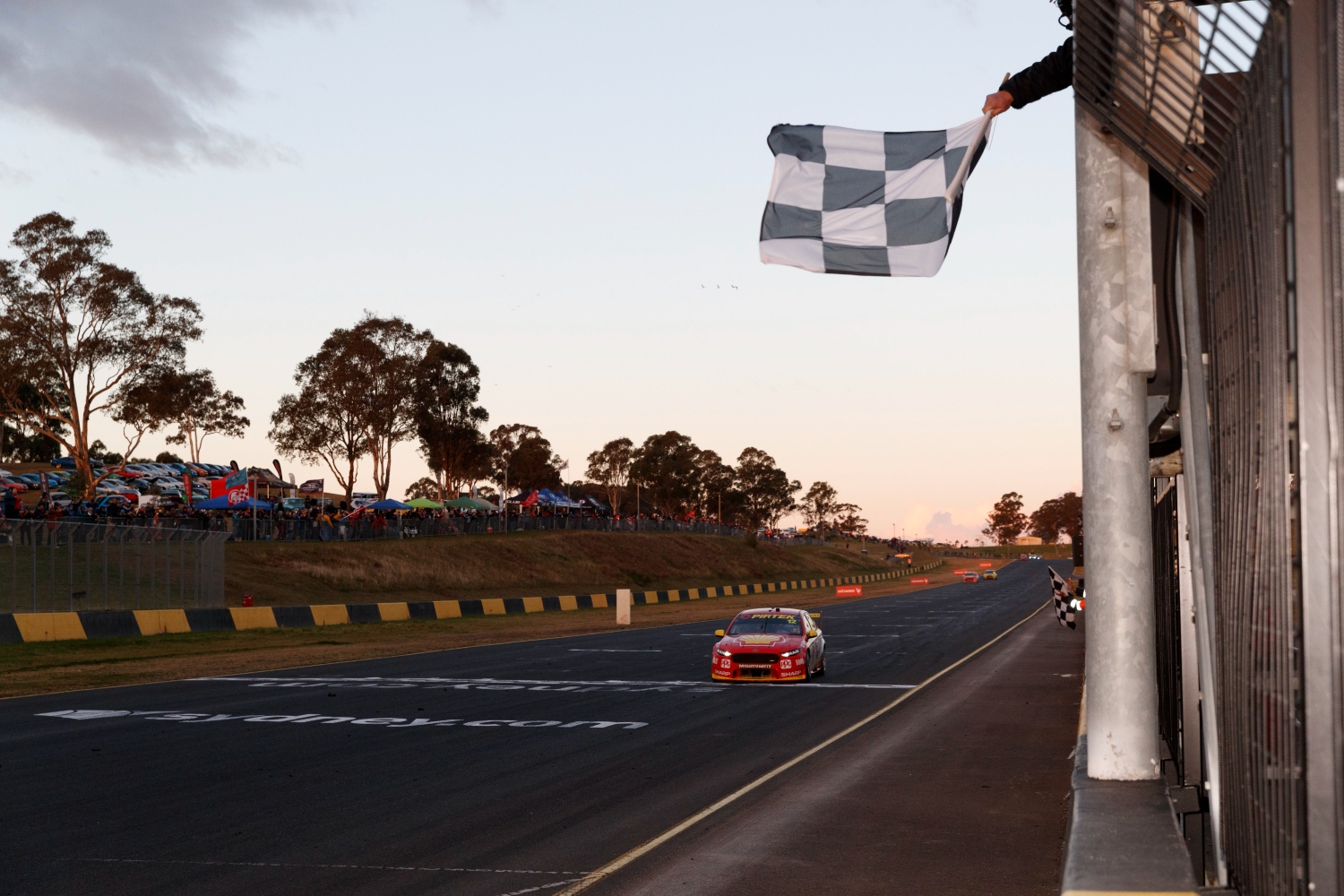 "And for what? A bit of side-to-side rubbing is never going to cost you a position. It was a poor decision... he didn’t go when he should have.

"It was a great move by Shane, he out-foxed and out-thought him and then out-drove him and then he got spun."

The drama continued into the night, with McLaughlin and van Gisbergen hit with additional penalties following an investigation into the restart and Turn 2 clash.

Van Gisbergen was slapped with a 33-second time penalty after an investigation showed that he breached the restart procedure. 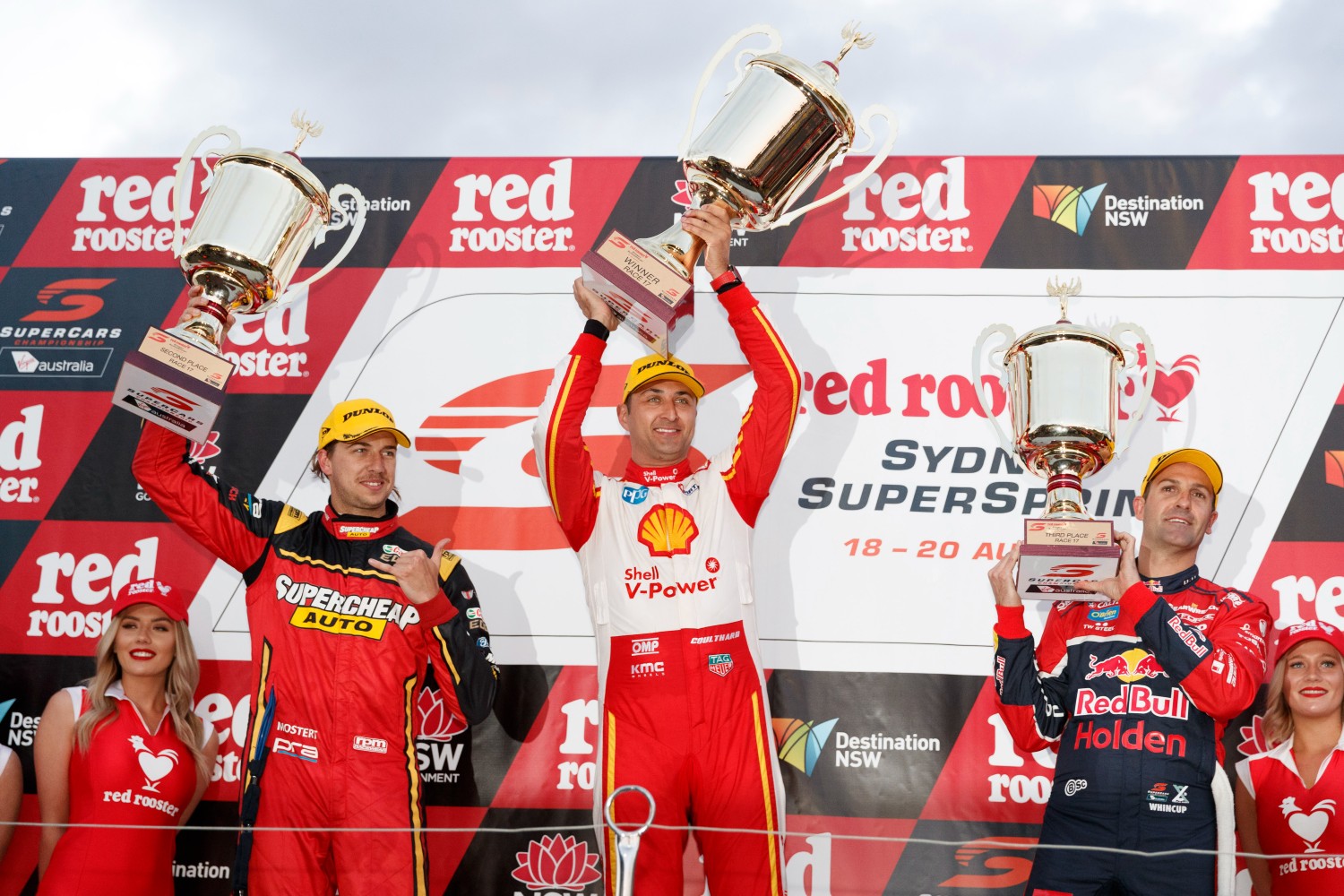 The rules stipulated that drivers are permitted to overlap before the control line, but not until the green flags are out.

McLaughlin, meanwhile, had an 18-second time penalty added to the 15-second penalty he received during the race due for his contact with Van Gisbergen at Turn 2.

The penalties demoted McLaughlin and Van Gisbergen to 21st and 23rd in the Race 17 result respectively.

McLaughlin’s points lead over Whincup was reduced to 42 points, with Whincup winning the title in the dramatic Newcastle season finale.

Sydney Motorsport Park will host the penultimate round of 2021, the Beaurepaires Sydney SuperNight, in late November.