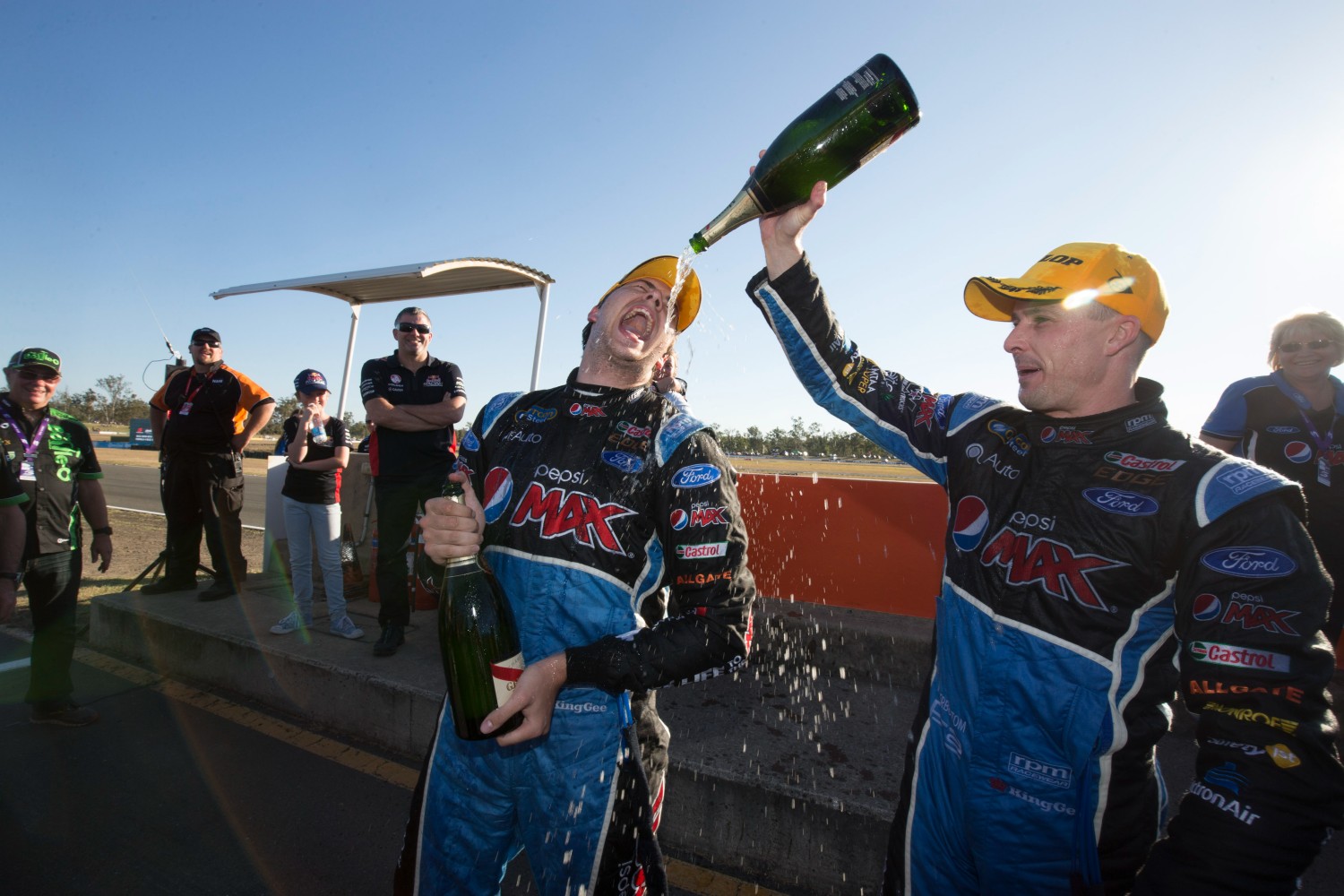 Of his 15 career victories, few were as clinical as Chaz Mostert’s dominant performance in the 2015 Ipswich finale.

On August 2, 2015, Mostert sailed to victory at Queensland Raceway to put teammate Mark Winterbottom and Craig Lowndes on notice.

At the surface, the stat sheets will read Mostert first, Lowndes second and Winterbottom third.

For Mostert, however, the result vindicated an overnight clutch change after the Prodrive young gun previously battled to overcome startline demons.

Mostert claimed his eighth pole of the 2015 season for the Sunday 200km race, but the odds were against him at the venue he claimed his first win two years earlier.

Just once in seven previous attempts in 2015 had he converted pole to victory. 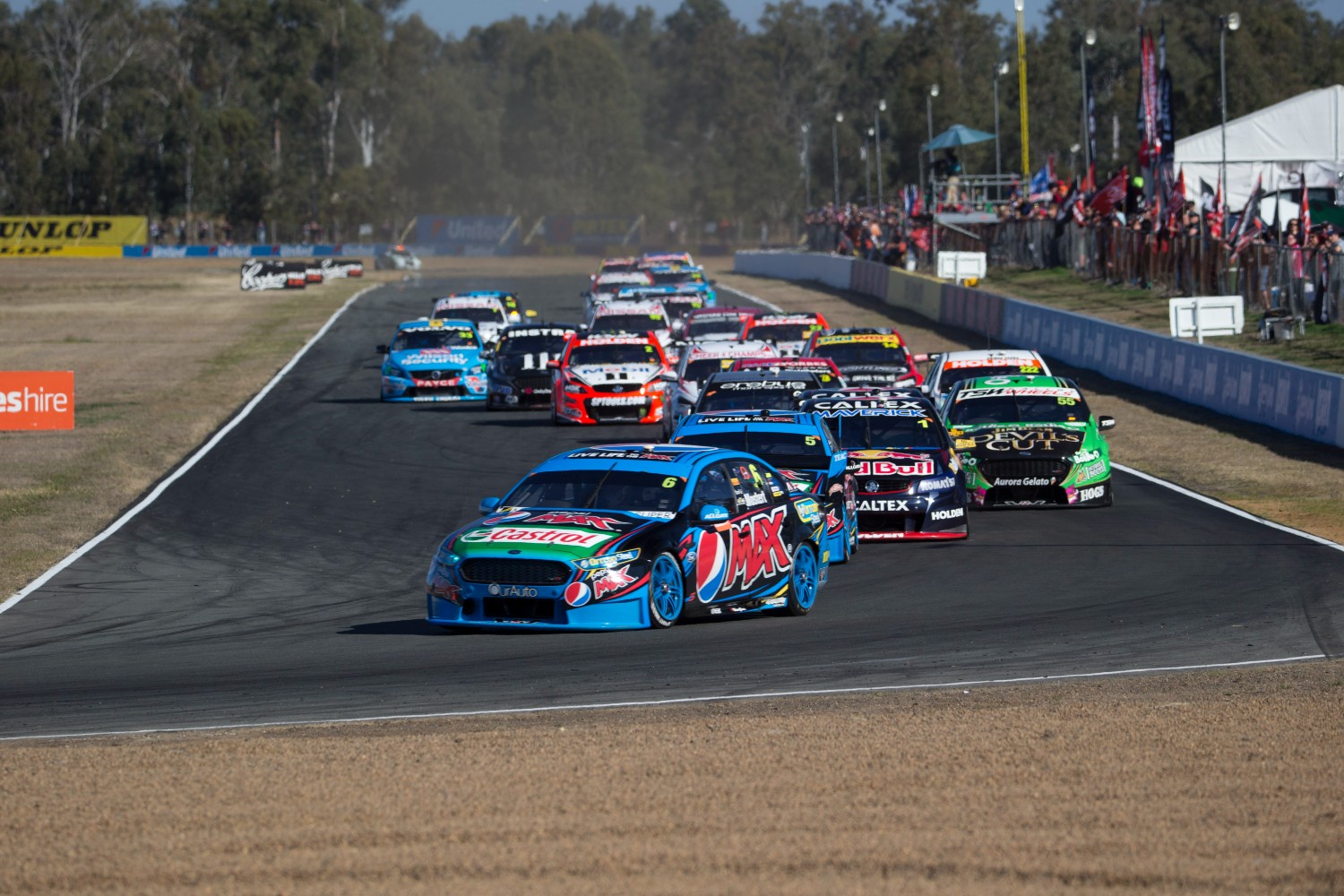 With Winterbottom beginning to stretch his legs in the championship fight, Mostert needed to get a perfect jump on his teammate.

Bucking the trend of his poor pole conversion rate, Mostert launched into a lead into Turn 1 he wouldn’t surrender over the journey.

Lowndes, who would firm as Winterbottom’s chief title rival following Mostert’s Bathurst accident, took second in the first of the two pitstops.

Drivers and teams grappled with soft-hard-soft tyre strategies, and it was Mostert and his crew which proved the most conservative. 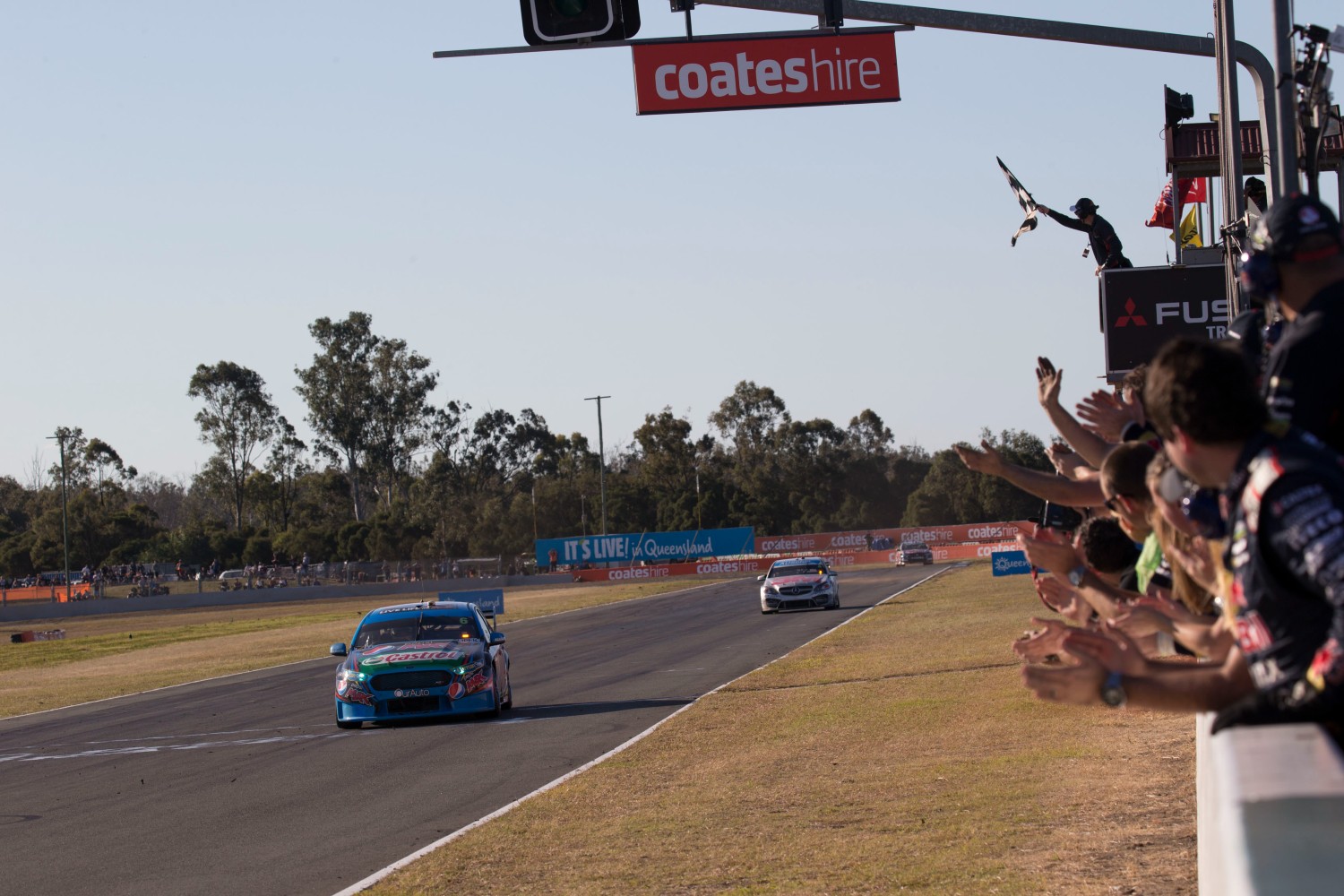 The #6 Pepsi Max Falcon was among the first of the front runners to take off the soft tyres, and the last to put them back on.

Mostert emerged from his second stop two seconds ahead of Lowndes and raced away to a 5.6s victory.

Amid the attempt to quell Mostert’s startline woes was an overnight clutch change.

Mostert claimed pole for the first Saturday race, only to cede the lead to Winterbottom after a poor start. Later that afternoon, he didn’t make any ground off the line and trailed Winterbottom and Lowndes. 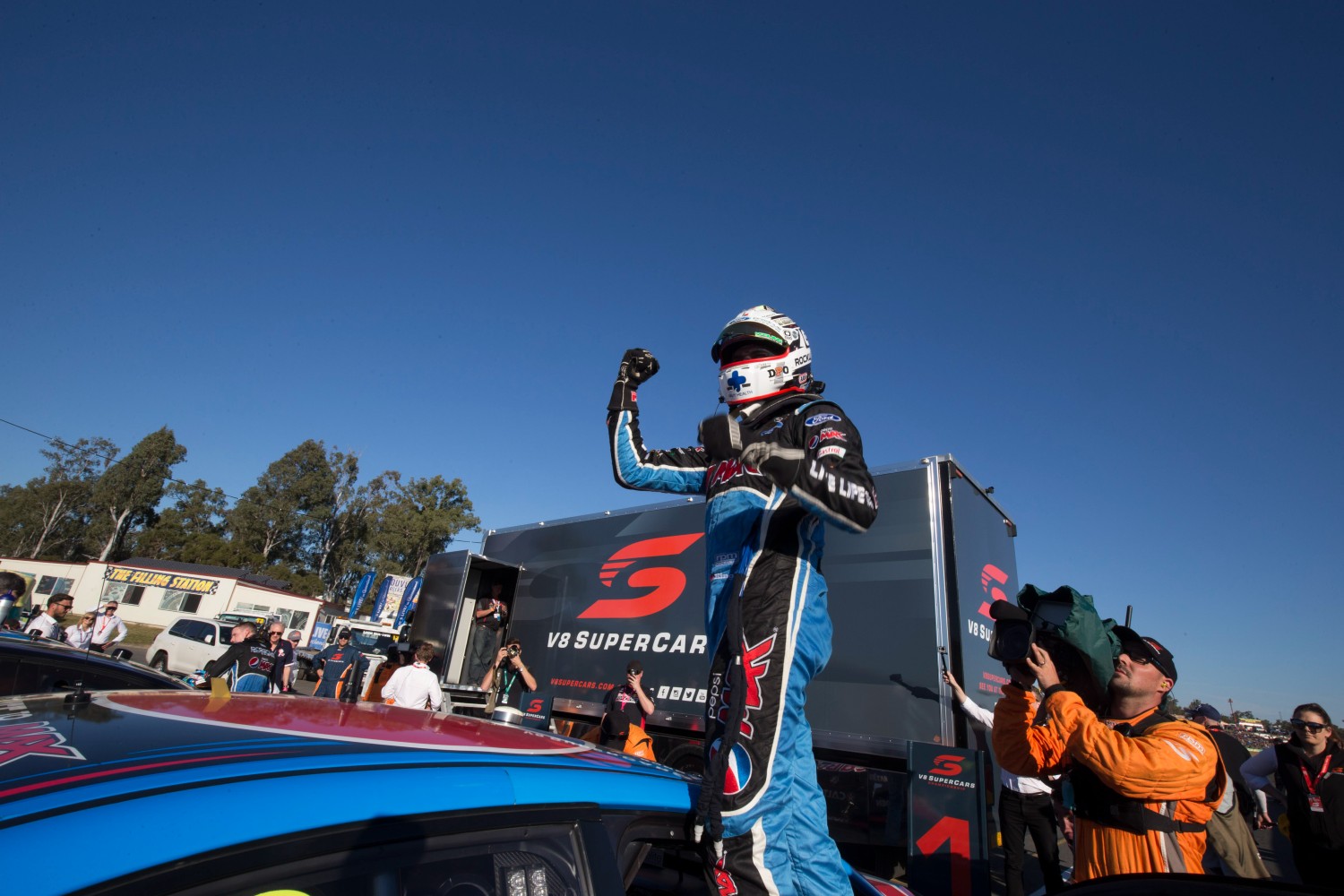 So, the post mortem began. Following a major accident at the Adelaide season-opener, Mostert’s car was found to have been “creeping” on the grid.

His solution was extra braking to avoid jumping the start, but the exercise compromised his starts anyway.

The clutch was changed, and Mostert made a quick getaway to leave his rivals for dead.

"The boys changed the clutch overnight and it felt pretty good off the startline,” he said after the race. 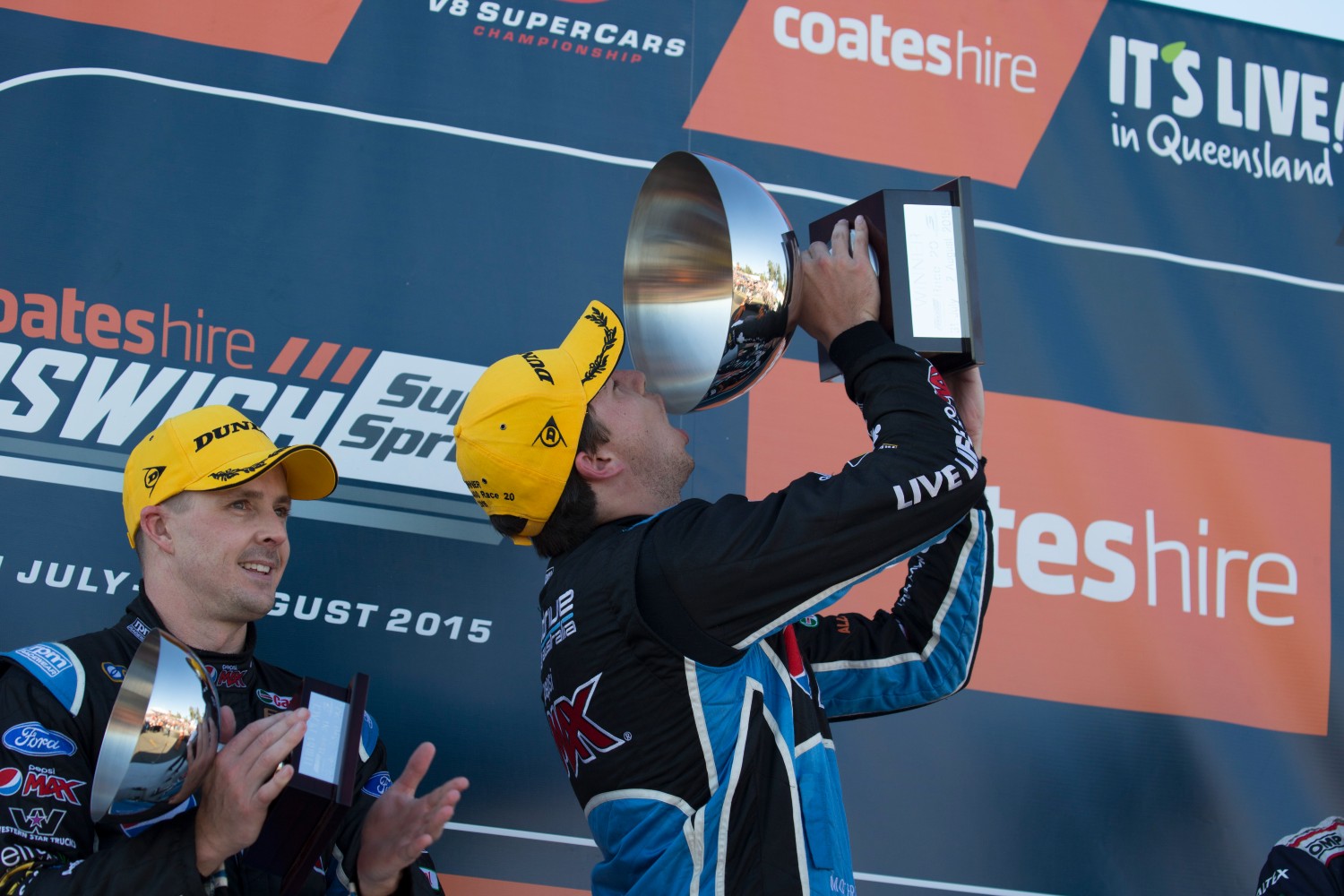 "Finally I got away without hesitating.

"It worked for today but we’ll wait until we go to the next one. It was cool to get off the line today and use the pole position.

"I still don’t think it was a great start but it was good enough.

"Hopefully it’s cured now. If it hadn’t been the clutch it would have been 100 per cent my fault."