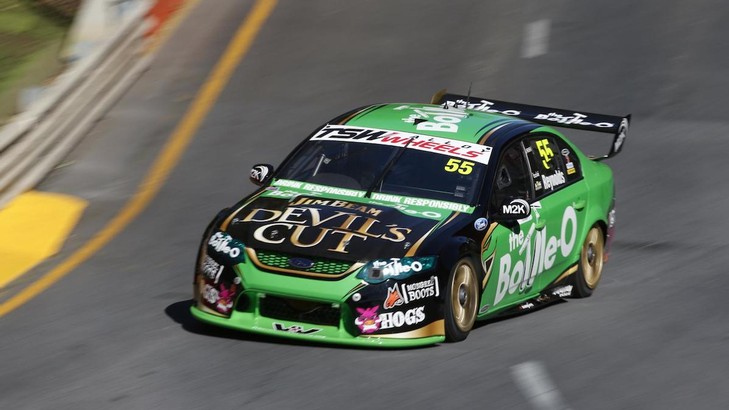 The Bottle-O Racing Team and David Reynolds have formed a new partnership with TSW Alloy Wheels, which produces the largest range of staggered one-piece alloy wheels in the world.

In Australia, Ford owners form one of the company’s largest customer bases.

Team owner Rod Nash was pleased to conclude the new deal on the eve of the 2014 season.

"We are always looking to partner with companies that lead their industry and we certainly have that with TSW Alloy Wheels," Nash said.

"They are a global leader in their field and are popular with Ford owners here in Australia so the partnership makes a lot of sense.

"We will be fitting TSW Alloy Wheels to our fleet of show cars so we look forward to showcasing the company’s range to our fans throughout Australia."

"The team here at TSW Alloy Wheels Australia is thrilled to join The Bottle-O Racing Team and David Reynolds for the 2014 V8 Supercars Championship," Crosher said.

"The team enjoyed a fantastic 2013 season, placing as the highest single car team in ninth position, and we are excited to be a part of the team’s continued success in the coming season.

"David is a young driver of unquestionable talent, having secured his first pole position and first win in a V8 Supercar in 2013. We look forward to celebrating David’s every success alongside him and the team in 2014.

"TSW has a rich history in motorsport and as such we see no better partner than David and The Bottle-O Racing Team."

TSW branding will adorn the front windscreen banner of Reynolds’ #55 The Bottle-O Ford from this weekend’s season-opening Clipsal 500 Adelaide as well as appearing on his helmet.