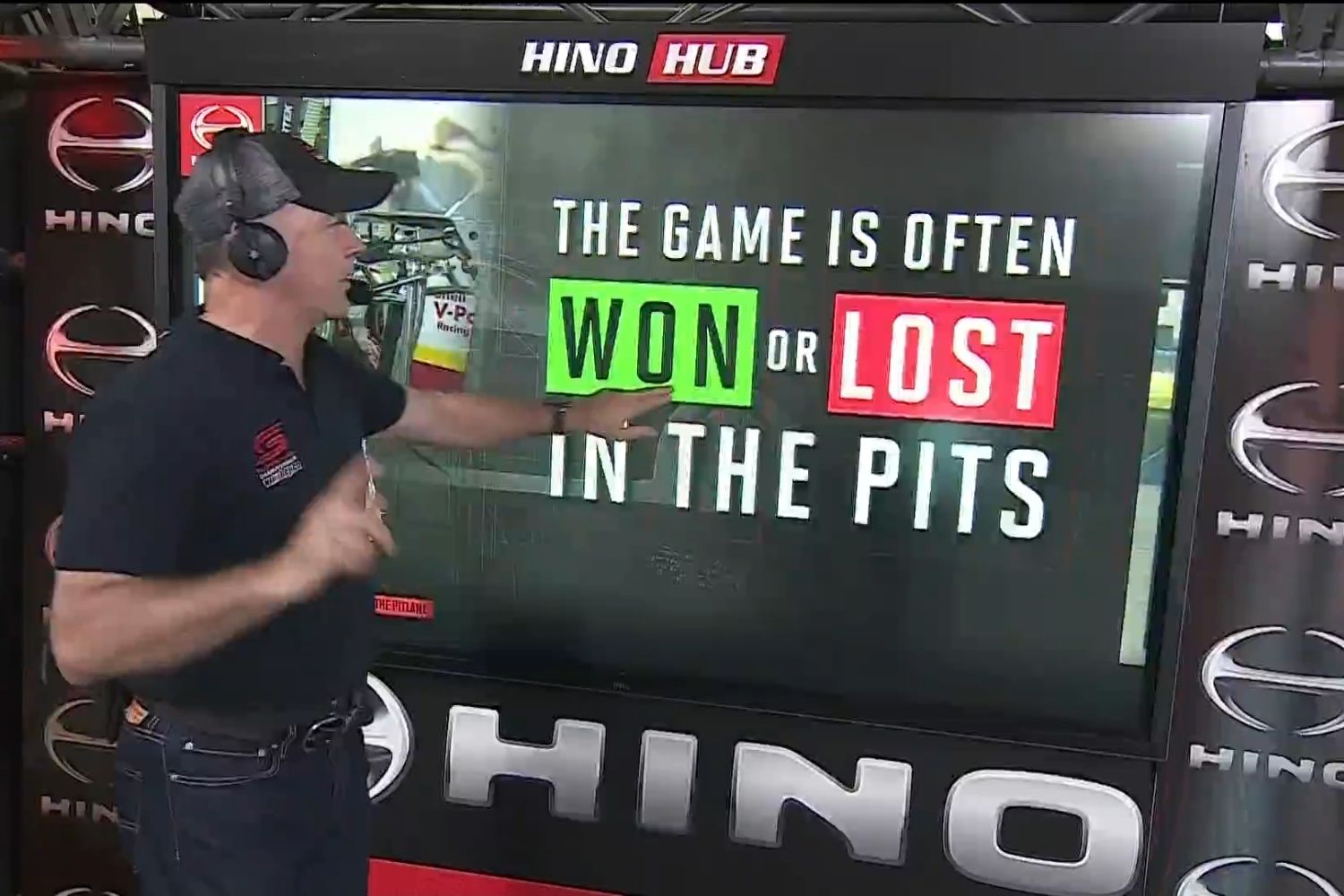 The second event in Townsville saw the race format change from a 500km endurance event to three sprint races.

In a welcome return, Supercars Hall of Famer Neil Crompton re-joined the broadcast team from the Fox Sports studio, to explain to fans how drivers get the perfect start.

With fuel rigs removed for the weekend, pit stop strategy played a pivotal role across the 39-lap races, with teams trying different strategies.

Larkham began by heading to the Hino Hub to explain how teams can win or lose a race in pit lane.

The seven-time champion recovered on Sunday to claim the ARMOR ALL pole for Race 18, with Larkham explaining to fans the ‘one percenters’ that equal victory.

The final race in Townsville saw Waters battle hard with the championship leader to claim his third win of the season.

Unable to hold off van Gisbergen in the early stint of the race and slipping back to second, Tickford decided not to send Waters to pitlane when the BP Ultimate Safety Car was called on Lap 19.

The critical decision meant the #6 Monster Energy Mustang got ahead of the Safety Car to lead the race.

Larkham broke down how Tickford’s strategy played out when the majority of the field returned to pit lane.