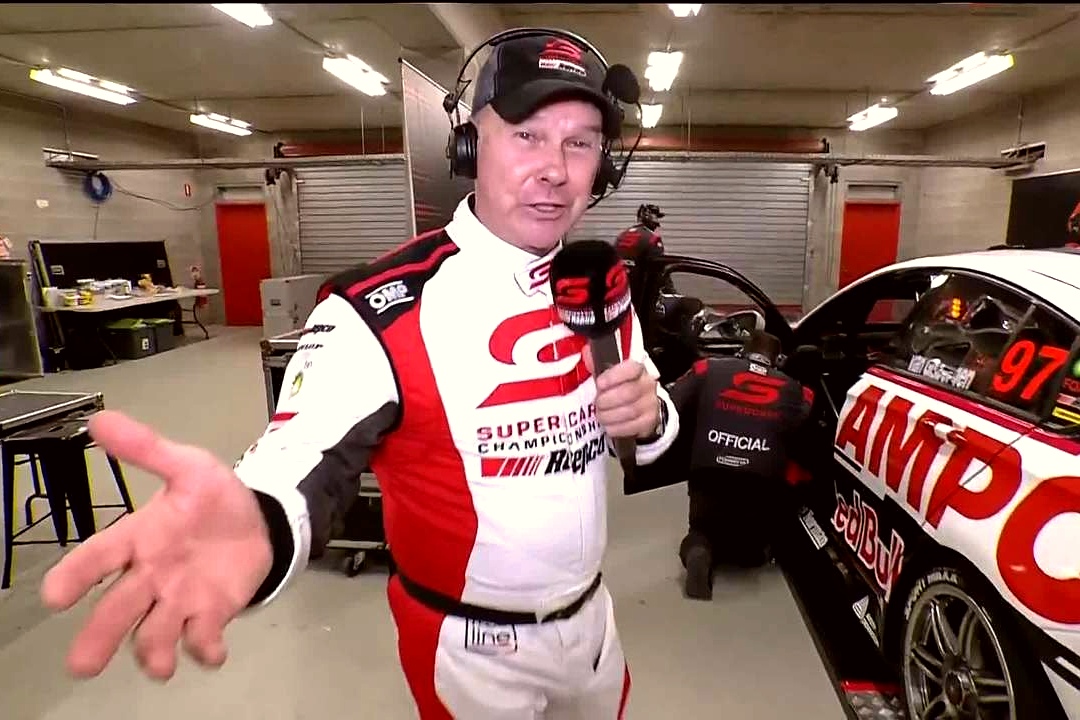 Refuelling made a return during compulsory pitstops in the 250km races, with teams trying different strategies.

Larkham began by heading to the Hino Hub to explain the 13 turns of the 2.9km-long Reid Park Street Circuit.

The first practice session saw Kelly Grove Racing driver David Reynolds top the times with a 1:12.797s in the final moments of the 40-minute session.

The 24-car field was covered by just 1.6s with 12-time Townsville winner Jamie Whincup holding the quickest time for a majority of the session.

As cars headed out for the second practice session of the day, many drivers were commenting on the high-level of tyre degradation.

The common theme saw teams battling to change setups of their cars to try to minimise the amount of damage to their Dunlop Soft tyres.

Larkham took to the lane to discuss the changes teams were implementing throughout the session, from tightening springs to changing camber setups.

With on-track action completed for the day, attention turned to the return of refuelling to pit lane and how teams measure the amount of fuel to how the fuel hose works.

With the cars packed up for the evening, Larkham looked at what teams do overnight to prepare for the first qualifying session of the weekend.

Saturday began with ARMOR ALL Qualifying for Race 15, with Larkham taking viewers behind the scenes of the scrutineering area.

Larkham explained the real-world implications of the weight differences in the field using his 'carton of beer' analogy.

Larkham returned to the scrutineering scales and detailed what checks are undertaken on a race-winning car.

The Red Bull Ampol Racing teammates set the pace across the weekend, but it was in Saturday's Race 15 where the gap to the Triple Eight cars was most evident.

Larkham broke down the three key components as to how van Gisbergen and his team have dominated the season to date.

Van Gisbergen made it 10 wins from 16 starts in the Townsville finale, claiming his 50th career win.