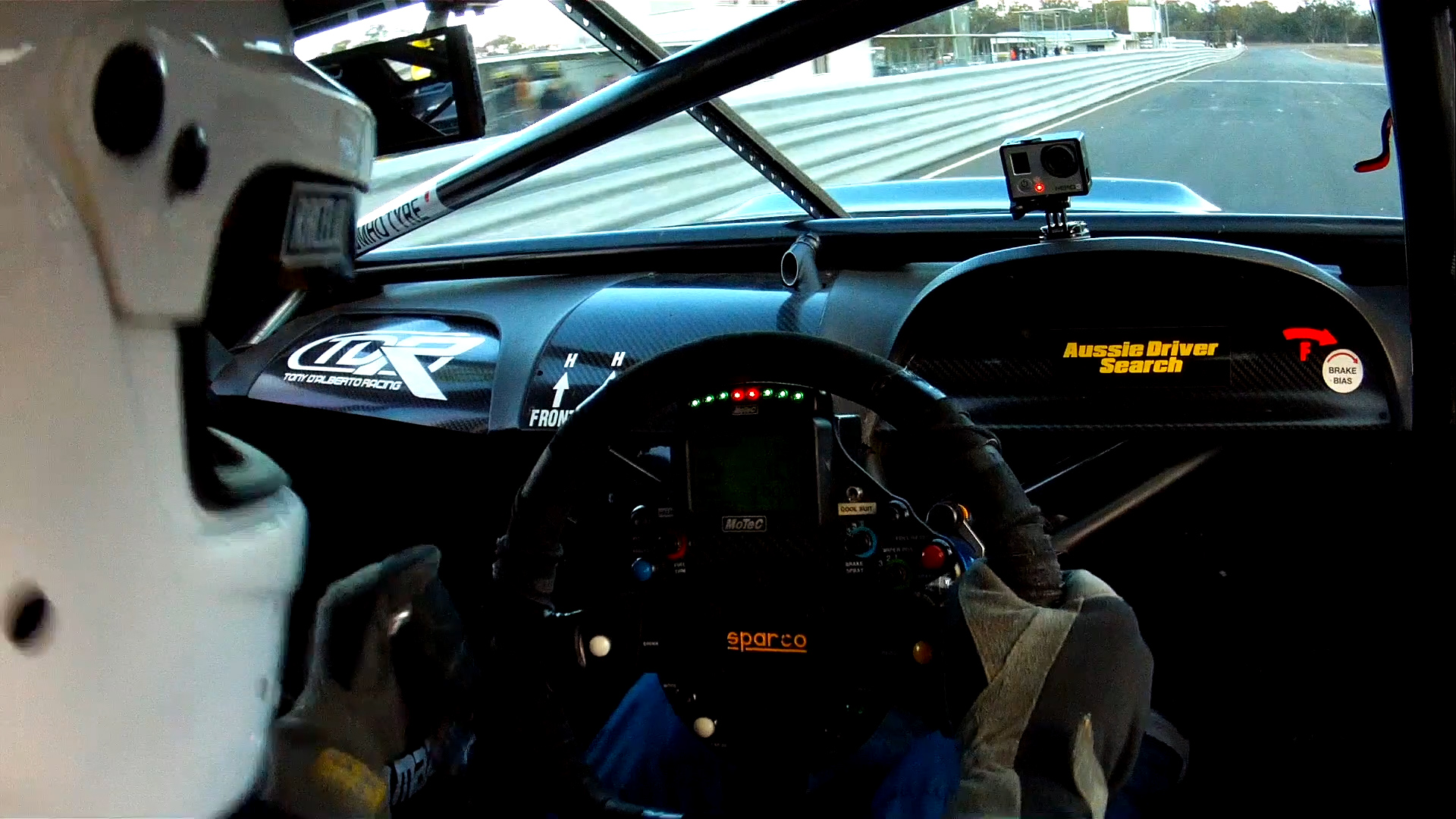 When Supercars drivers discuss their craft, they speak in minute details.

Searching for hundredths of seconds over an entire lap, drivers describe minor imbalances or deficiencies that can be the difference between pole and p-nowhere.

But what is a Supercar really like to drive? What does it feel like for a complete amateur to park up their road car and have a drive of a genuine Supercar race car?

ADS is primarily about providing opportunities to those who’d otherwise not be able to fulfil their talent.

The competition is cut into various levels, with the big prize – for the Pro section – a fully-funded drive in the 2019 Dunlop Super2 Series with Matt Stone Racing.

Morgan Park is one of eight ADS qualifying rounds across the country before the top talent battles it out at Wakefield Park in New South Wales in mid-December.

While many in the Pro comp are shooting for that big break, a raft of others sign-up not to win, but for the chance to experience a genuine Supercar.

With no previous racing experience to speak of, I fall well and truly into the latter category.

The Pro competition allows contestants to drive three classes of car – a Toyota 86, a V8 Ute and finally the ADS Supercar, which is a Ford Performance Racing-built Falcon.

The schedule is for 10-minute runs in each car, which isn’t a lot, but at least enough to get a feel for the tight, 12-turn, 2.1km circuit before getting into the Supercar.

I jump aboard the Toyota alongside Glenn Seton, who is among a small army of judges employed by the ADS operation. In my case, he’ll be more instructor than judge.

Despite having two Supercars titles to his name, ‘Seto’ somehow seems more enthusiastic than I am. He has one clear piece of encouragement: “Don’t brake until I say so”. 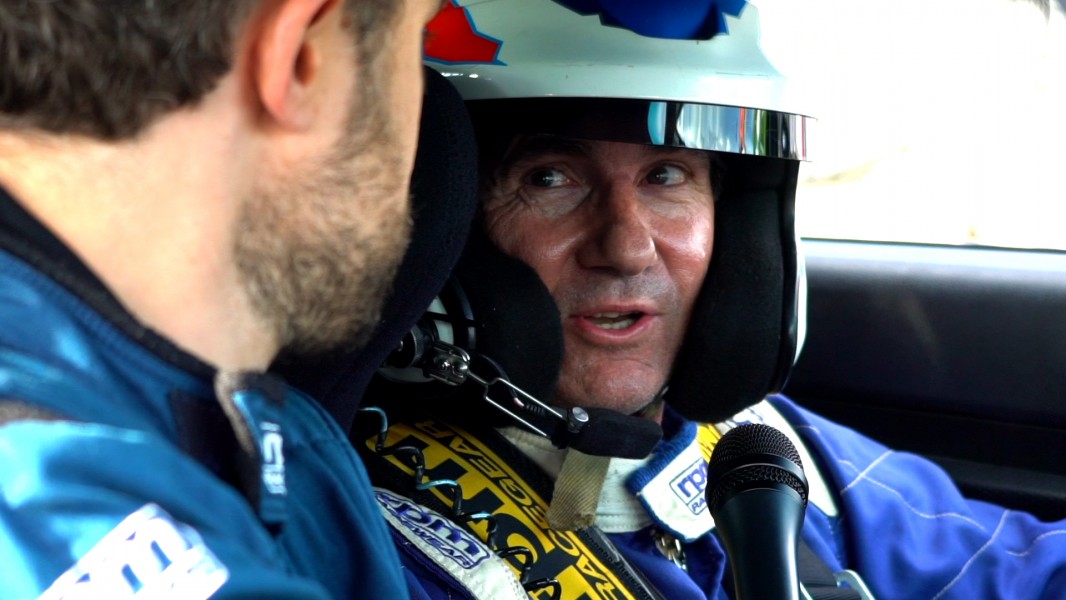 The ABS in the Toyotas means going crazy-deep into the corners. They’re incredibly fun to drive and, with Seto egging me on, I push harder and harder each lap.

Moving to the Ute, however, is a timely reminder that more power under the right foot can mean more fun, but also trouble.

A couple of laps in, I’m suddenly on the infield facing backwards, covering my co-pilot, Super2 Series regular Macauley Jones, in dust.

“Sorry brother,” I muster. “A little bit hard on the throttle,” he replies, equally calmly, before we finish the run with my ambition now more closely matched to my talent.

Stepping into the Supercar, the embossed FPR logo on the driver’s side crash protection panel is a nice reminder of this car’s heritage. It’s no ride car, it’s the real deal.

Having just been in the other two production-based cars, it’s also starkly apparent that everything in here is built for purpose.

Strapped in incredibly tight, my head only just clears the roll-cage, and my legs are bent towards the tight pedal box.

“Make sure you don’t accidentally get two pedals at once under brakes,” warned Austin before I hopped in. “We’ve had that before.”

That car is fitted with pedals in the passenger footwell that allow judge Ryal Harris to get the car away. To my delight, though, he invites me to get us going.

Determined not to stall it, I give it some revs and ease the clutch out, halfway to get rolling, then the full amount. It all goes surprisingly smoothly.

Harris flicks the limiter off as we approach the pit exit and I take it very gently in the opening corners, feeling out the controls. 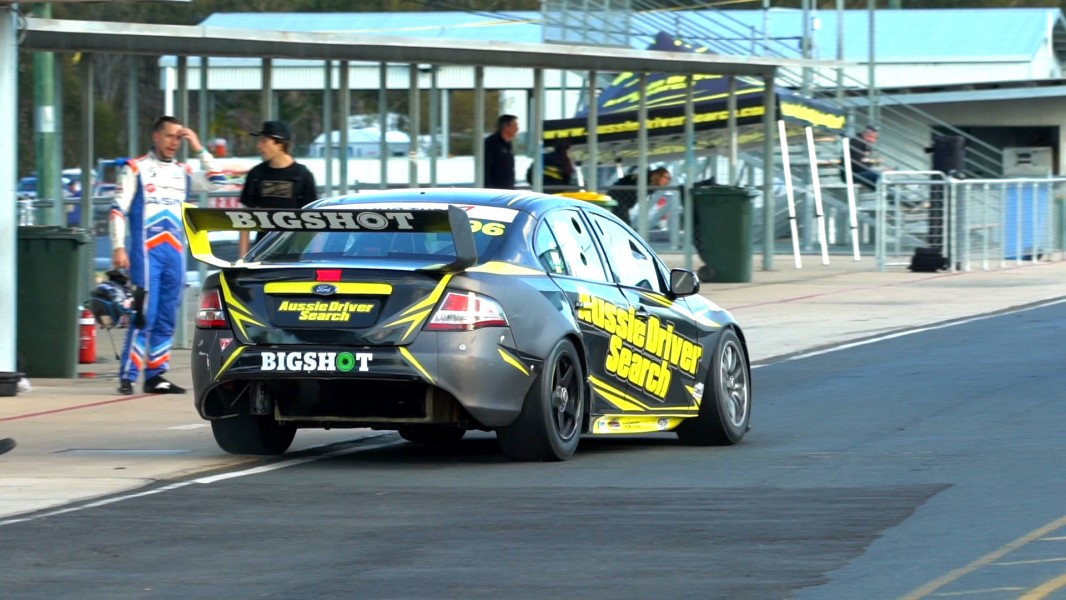 The keys, Harris stressed before we set off, are to be gentle on the throttle, but firm with the brake pedal and the gear lever that operates the sequential box.

“You’ve got to get all your braking done at the start of the braking area,” he stressed.

“If you get on it too softly, you’ll be approaching the corner too fast and then you’ll put more pressure on and start locking tyres.”

There’s already a pile of torched tyres out the back from would-be winners locking fronts. I decide that the braking limit shall remain somewhere between me and them.

At the speed I’m going at least, the power-assisted steering is relatively light and it turns in without too much physical effort.

I’m ginger on the throttle on corner exits, as instructed, but once the wheel is straight, it’s time to give it full power.

For a beginner, the most satisfying element is arguably what seems like the simplest – a full throttle upshift.

The shiftcut works at anything above 6,500rpm. For shifts below that – such as a short-shift required out of Turn 2 – it’s off the gas and on the clutch to move up a cog.

Either way, you have to pull the gear lever hard and crisply to get the next gear. It gives you nothing for free.

The front straight at Morgan Park is only long enough to reach fourth gear, but for those two shifts at full throttle, it actually feels like I know what I’m doing.

With 650bhp on tap, the engine sounds angry and keen for more, even as the shift lights start to illuminate, all the way to the 7,500rpm limiter. 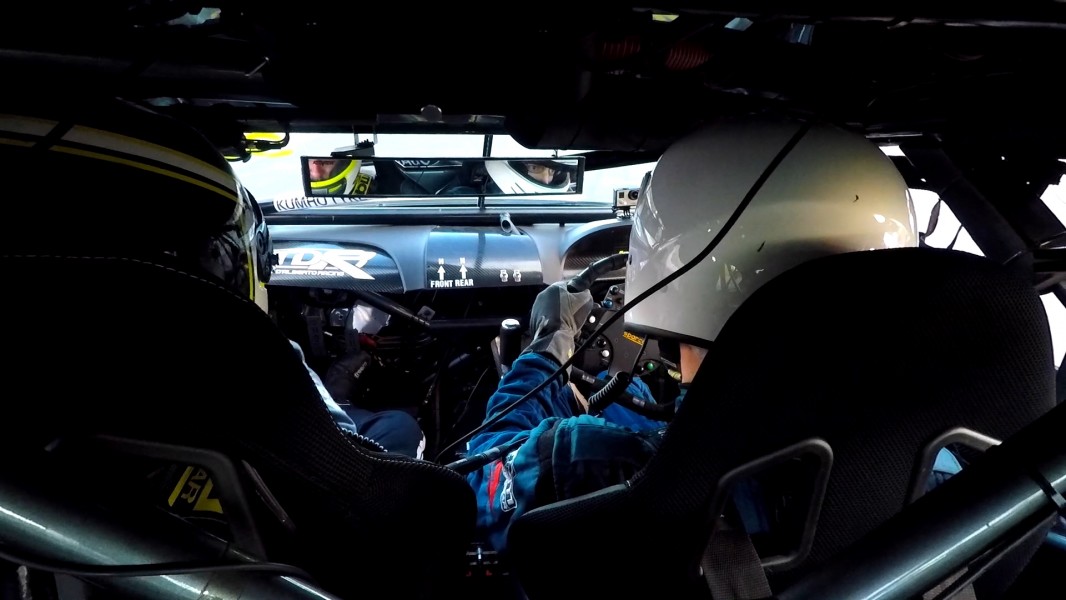 There’s so much noise that Harris is doing the majority of his guidance with hand movements, most of them signalling when to brake.

We have one moment entering the tricky, cambered link road that designates the short circuit, but get away with it, running only slightly wide.

I’d braked plenty early enough but, intent on not locking up, hadn’t applied enough pressure early in the stop. It’s a reminder that you can be over the limit in a heartbeat.

All too soon it’s time to pit and hand the car over to the next budding Supercars first-timer.

It’s only when back in pitlane that I realise, even on a cool July day, it’s actually quite hot in here. During the run, comfort was the furthest thing from my mind.

While those before and after me are doing their best to impress, I can’t help but think the real hero of the day is Harris, who has no idea of a driver’s level before they hop in.

“There’s a real mix of people that come through, but that’s what the ADS is all about,” he tells me, having ridden alongside 25 people over the day.

“It gives me a big rush when you see people drive these cars for the first time. They feel the power and experience the shiftcut. It’s a real buzz.”

17/07/2018
Related Content
Seton drives Supercar at Tailem Bend  ›
13/06/2018
American chasing Supercars 'dream' in competition  ›
30/05/2018
MSR to field competition winner  ›
02/05/2018
Driver search contest to award Super2 drive  ›
28/01/2018
Stay In The Know
Sign up to the Repco Supercars Championship Newsletter
We use cookies to ensure we give you the best experience on our website. If you continue to use this site, you agree to the terms and conditions identified in our privacy policyOKPrivacy policy