With a livery switch to boatsales this weekend, former Bathurst winner Todd Kelly has revealed what happens to some of his old race car parts.

Celebrating Kelly’s 500th race, Kelly continues the livery rotation that has seen him ride a superbike around Phillip Island with bikesales, and drive the Nissan Motorsport Mack Truck around Winton with trucksales.

Being a passionate water skier, Kelly took this opportunity to answer a question not commonly asked: What do you do when you have too many Supercar engine part lying around?

Todd and Rick Kelly have found a novel way of dealing with their surplus equipment – the Mildura-born brothers have developed a 5.2litre VK56DE for their race boat, Mojo. Created with a variety of components from the early days of the Nissan Motorsport program, the 720hp V8 replaces a NASCAR engine that powered the boat in events like the Southern 80. 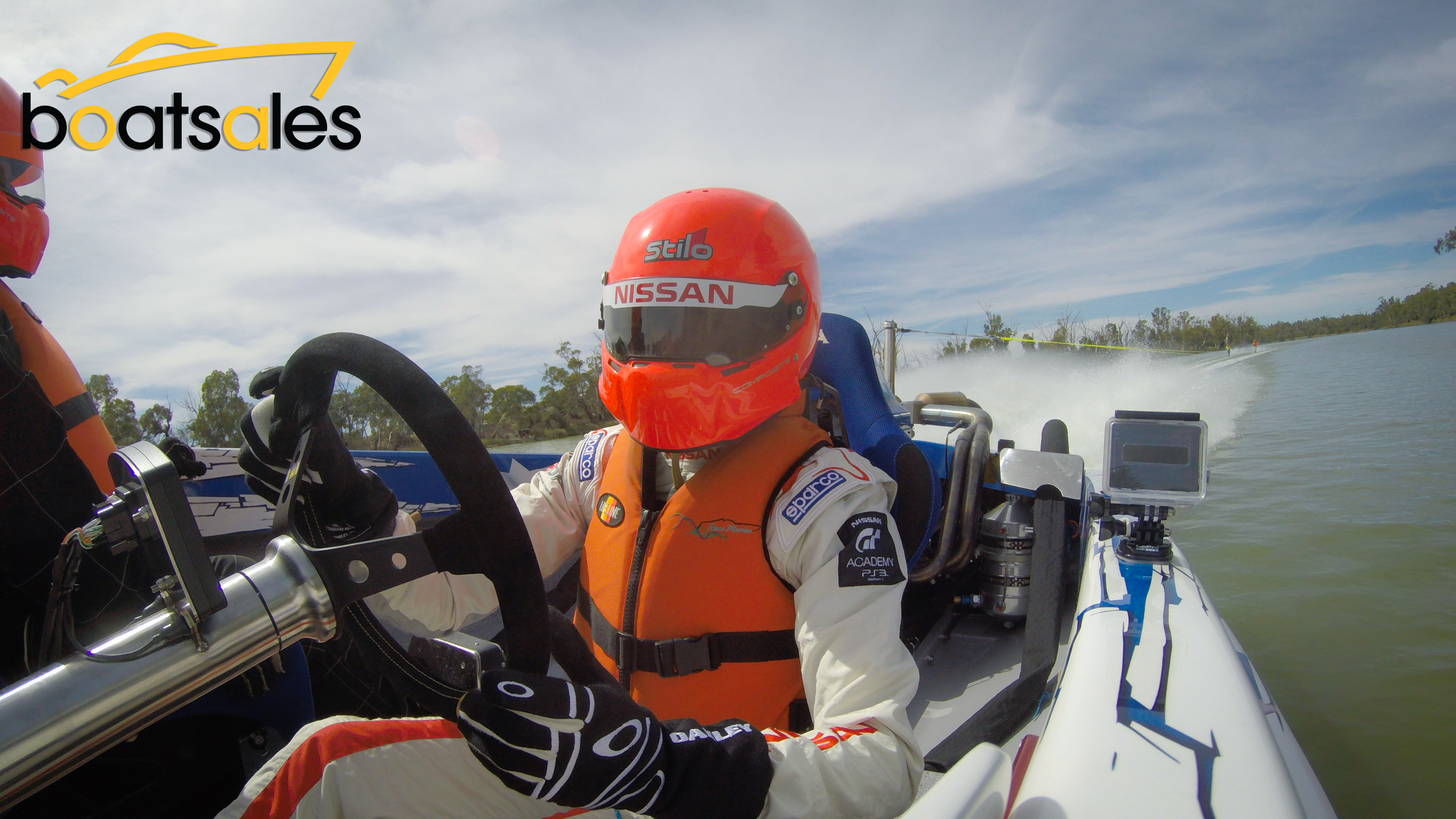 “We brought the hull, probably about four years ago, because we had enough left over parts, like the drive and bits and pieces, to get most of the boat finished,” Kelly said.

“So we thought we would get another project happening, but then it sat around for two or three years.

“We kind of just scrapped up all of the old bits out of the race cars and built an engine out of it. So it’s not completely optimised, we have come a long way with the cylinder head and bits and pieces from where that engine is at.

“So when the time is right and there are a few bits lying around we’ll be able to upgrade and get a little bit more out of it then it has currently got.”

Kelly says there are plenty of parts that are not good enough to race with or have been superseded by something better: “It’s almost a crime not to build the odd thing to use up all of those bits and pieces every now and then.”

“It’s a 5.2 litre, so we have just bored it out a little bit more than the race cars. The exhaust system is also slightly different to optimise the RPM we pull on the boat, which is around 8500. The inlet manifolds are also a little different to get the RPM and the power curve that we want as well, it makes about 720 horsepower. But if we played with it a bit more and sorted a few more bits out, we’d be able to get a little bit more out of it than that.

“We haven’t even optimised the hull yet, we’ve been playing around with propellers and bits and pieces to get a bit more out of it. But it basically it does almost 100mph with two skiers, which is pretty competitive for a 5.2 litre engine.”

Kelly had a strong run in Darwin with seventh in Saturday’s race and a second place qualifying effort on Sunday before being punted by Mark Winterbottom.

The Castrol EDGE Townsville 400 kicks off on Friday.