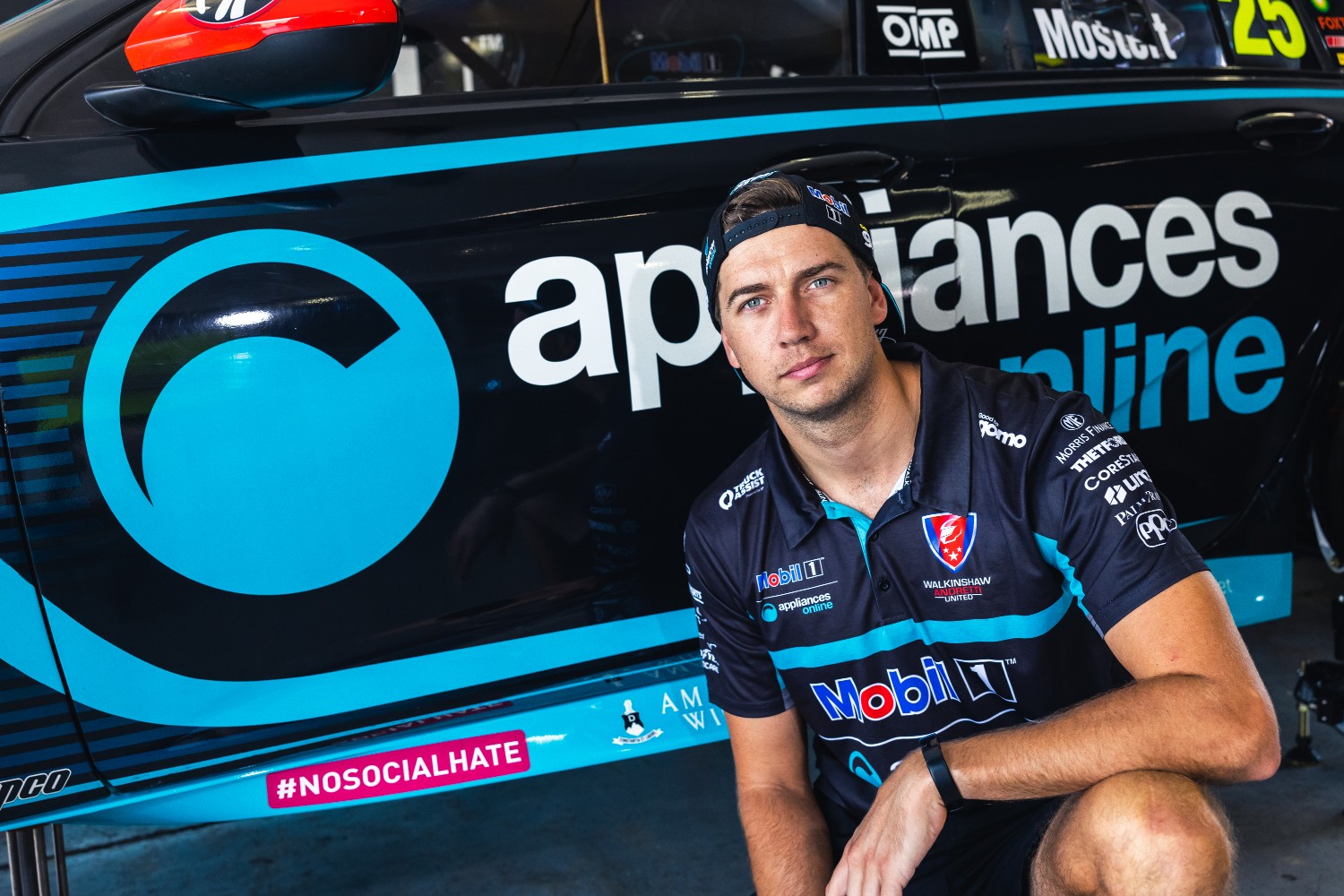 A website has been created for Chaz Mostert's #nosocialhate movement, with Supercars rivals also rallying behind the campaign at this weekend’s Penrite Oil Sandown SuperSprint.

Mostert started the movement earlier this month, and was backed by a number of drivers after he posted a pink tile to his social media accounts accompanied by the #nosocialhate tag.

On Friday, after revealing his Mobil 1 Applianes Online Walkinshaw Andretti United entry will carry a #nosocialhate sticker, a website was launched.

The site encourages visitors to take a pledge against online bullying, and also provides support services.

Mostert’s former team, Tickford Racing, will run the campaign stickers on each of its three Mustangs.

The Fords of Cameron Waters, James Courtney and Jack Le Brocq will all carry the pink stickers at Sandown.

In a video published to the website, Mostert explained the initiative, encouraging people to take the pledge.

"You’ve obviously seen me take the #nosocialhate pledge, and now I’m calling on you guys to do the same,” the 2014 Bathurst winner said.

"It’s creating awareness for a bit of an issue out there at the moment and no doubt it bleeds into a lot of other areas of hatred as well.

"So not only for sports athletes but for everyone around Australia, around the world, it’s something that I’ve noticed over the last 12 months to three years, it all getting a lot worse.

"So let’s all talk up about it, let’s also ask our friends to pledge #nosocialhate, get amongst it and hopefully we’ve got some bigger initiative things coming up in the future.

"I really appreciate all you guys’ support and the main reason we started this was just to raise more awareness and set a better example for the kids coming through into the next generation, so thanks for hearing me out.”

Mostert, who is second in the points standings, will hit the track at Sandown on Saturday for Practice 1 at 9:20am AEDT.

The Penrite Oil Sandown SuperSprint will be broadcast live on Foxtel and will be streamed on Kayo. Check out the full weekend schedule here.