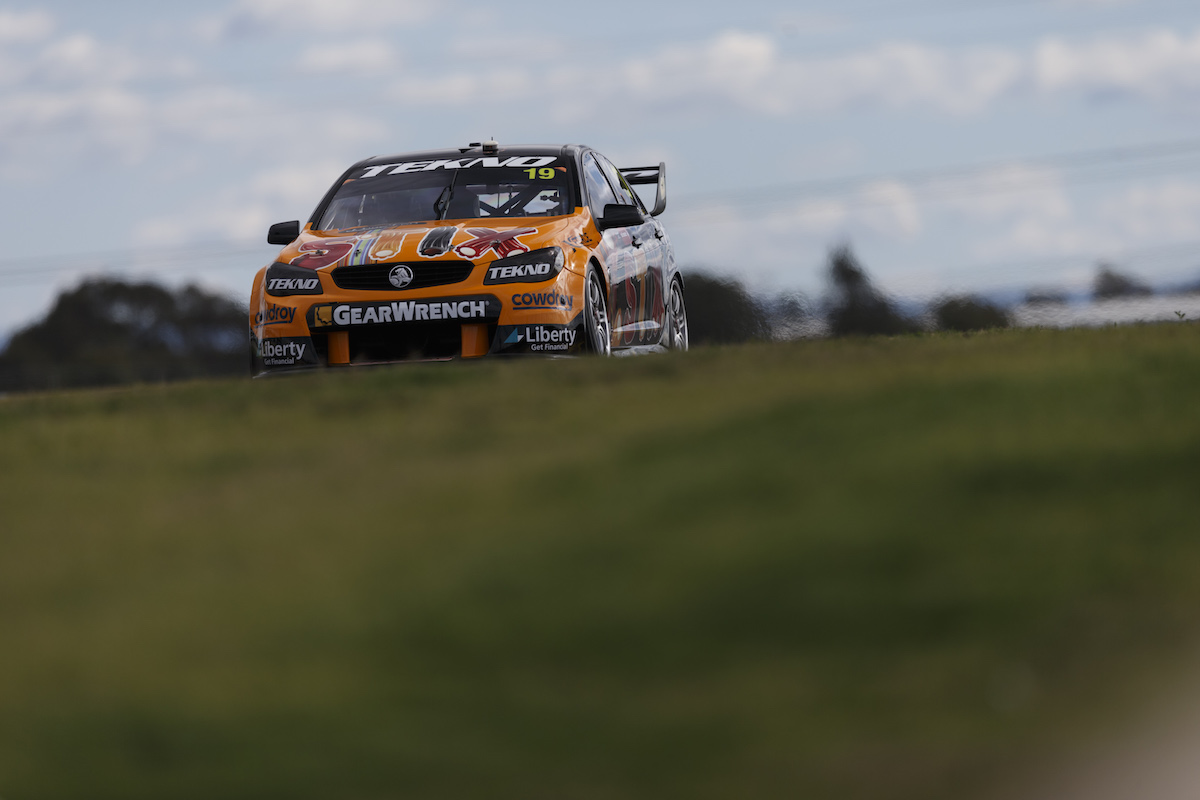 Tekno Autosports team owner Jonathon Webb is confident a mid-season change of key personnel will not impede his and Will Davison’s attack on the Pirtek Enduro Cup.

Data engineer Jarrod Bowles left the team to join the new Jaguar Formula E program after the Coates Hire Ipswich SuperSprint and his replacement is not due to start until the Wilson Security Sandown 500.

“He (Jarrod) was approached a little while ago and came to us and said ‘I have this opportunity’,” Webb revealed to supercars.com. “It’s where he wanted to go and what he wanted to do. He has done a great job for us.

“It’s always hard and I did put the pressure on him saying I didn’t like letting anyone go mid-season.

“It’s not ideal for anyone, but their season starts now and they went testing a couple of weeks ago.”

The new team member missed the Red Rooster Sydney SuperSprint, where Davison ran out of fuel at the end of his first stint in Sunday’s race and will also not take part in tomorrow’s test at Ipswich.

Webb told supercars.com the small team did struggle in Sydney without a data engineer and the fuel issue was a direct result of a missing pair of eyes.

“We knew Sydney was going to be a hard weekend for us.

“It put a lot back on our main engineer Geoff (Slater). He has been doing radios, he has been doing strategies, and fuel. He had a huge weekend and unfortunately that one slid past all of us.

“We had the red light flashing saying low fuel on that screen but there was just no-one there watching it.”

Webb said he was confident the new team member would quickly get up to pace.

“The guy that we will be working with for at least the remainder of this year has been around and done it all once or twice or three times before.

And Webb is also sure he and Davison will figure strongly in the Pirtek Enduro Cup despite a struggle for consistent pace at recent events.

Last year Webb and Shane van Gisbergen finished third at Sandown and won one of the 300km races on the Gold Coast to finish second overall in the Pirtek Enduro Cup.

Webb said the objective of testing at Ipswich would include some testing of solutions for some of the recent issues, but was primarily intended as an endurance warm-up session.

“We have obviously had a couple of weak areas at recent rounds so we will focus on a couple more areas at the test than we would have originally,” Webb said.

“We have had a good run at Sandown, Bathurst and Gold Coast in the past so we are not trying to re-engineer the wheel before then.

“More than anything the test is about tidying up a few little things and giving me so laps.”

Webb predicted the swap from hard to soft tyres at Sandown would be a positive for him and Davison. The Castrol Gold Coast 600 is also a soft tyre race while the Supercheap Auto Bathurst 1000 remains on hard tyres.

“Even on the hard tyre we looked after them pretty well last year and that gave us an advantage even over the Red Bull cars,” Webb said.

“Will has looked after the soft tyre really well this year so I am looking forward to that.”

Bowles started at Tekno in January 2015 following a year at Dick Johnson Racing. Before that he spent nearly four years at Triple Eight as a design engineer.

He was recruited to the Jaguar program by Englishman John Russell, who was involved in the early development of Ford Performance Racing as chief engineer and also worked at Triple Eight around the same time as Bowles.

Russell also has extensive experience in Formula One, including with Williams and Jaguar.