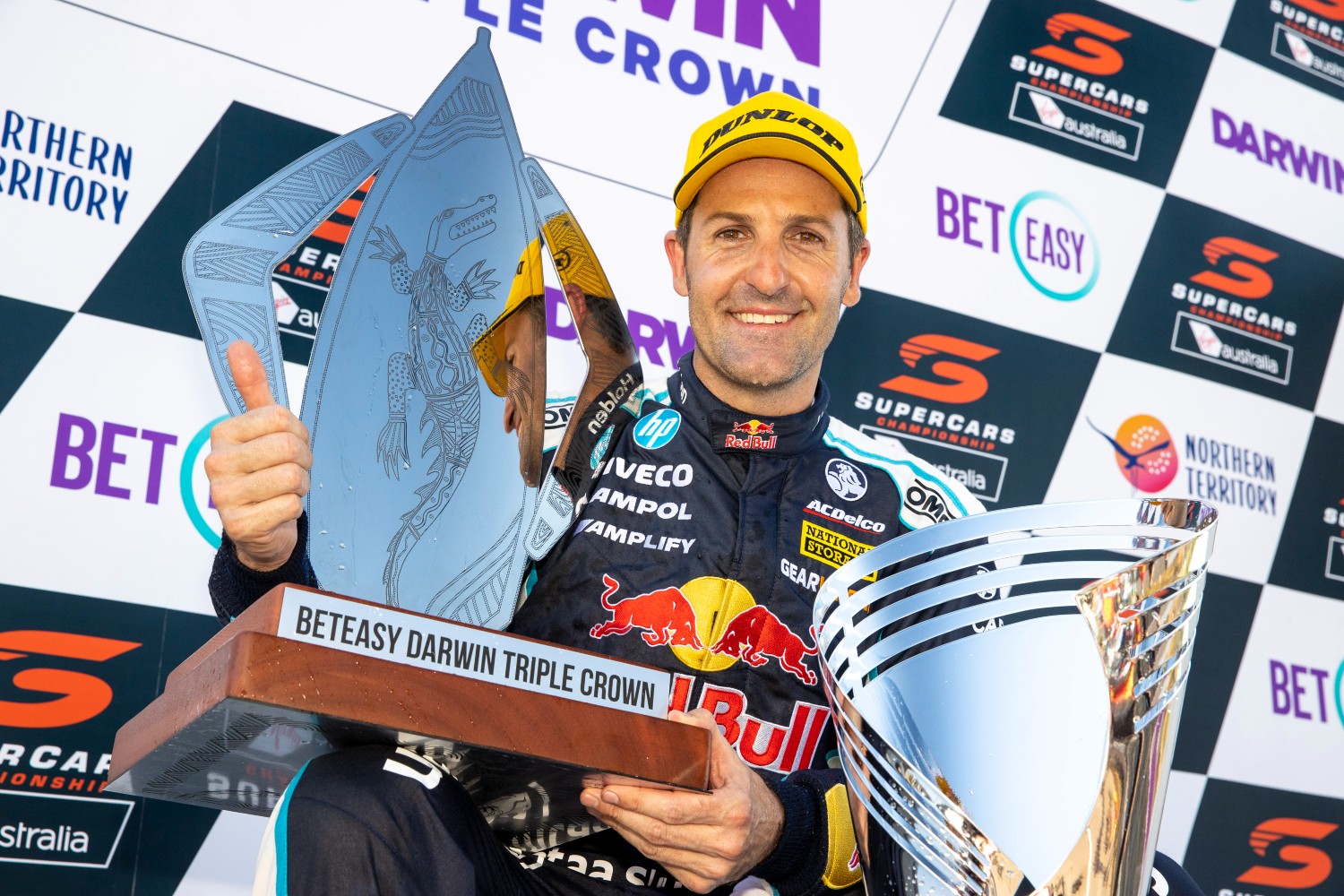 Introduced in 2006 under a three-race format, the Darwin Triple Crown remained elusive until 2019, when Scott McLaughlin finally ended the hoodoo.

Between 2006 and 2018, no driver able to achieve the feat. In 2019, the Triple Crown represented winning both races and topping Sunday's ARMOR ALL Top 10 Shootout.

With victory over David Reynolds on Sunday at Hidden Valley two years ago, at the venue of the next 2021 event, McLaughlin made history.

Under three-race format between 2006 and 2008, no driver was able to pull off the sweep.

Craig Lowndes got closest of all in 2007, winning both Sunday races.

Jamie Whincup won the first two races of the 2014 event, only to be thwarted by Mark Winterbottom in the finale.

Come 2019, and McLaughlin claimed the Saturday win, and returned on Sunday to top the shootout. 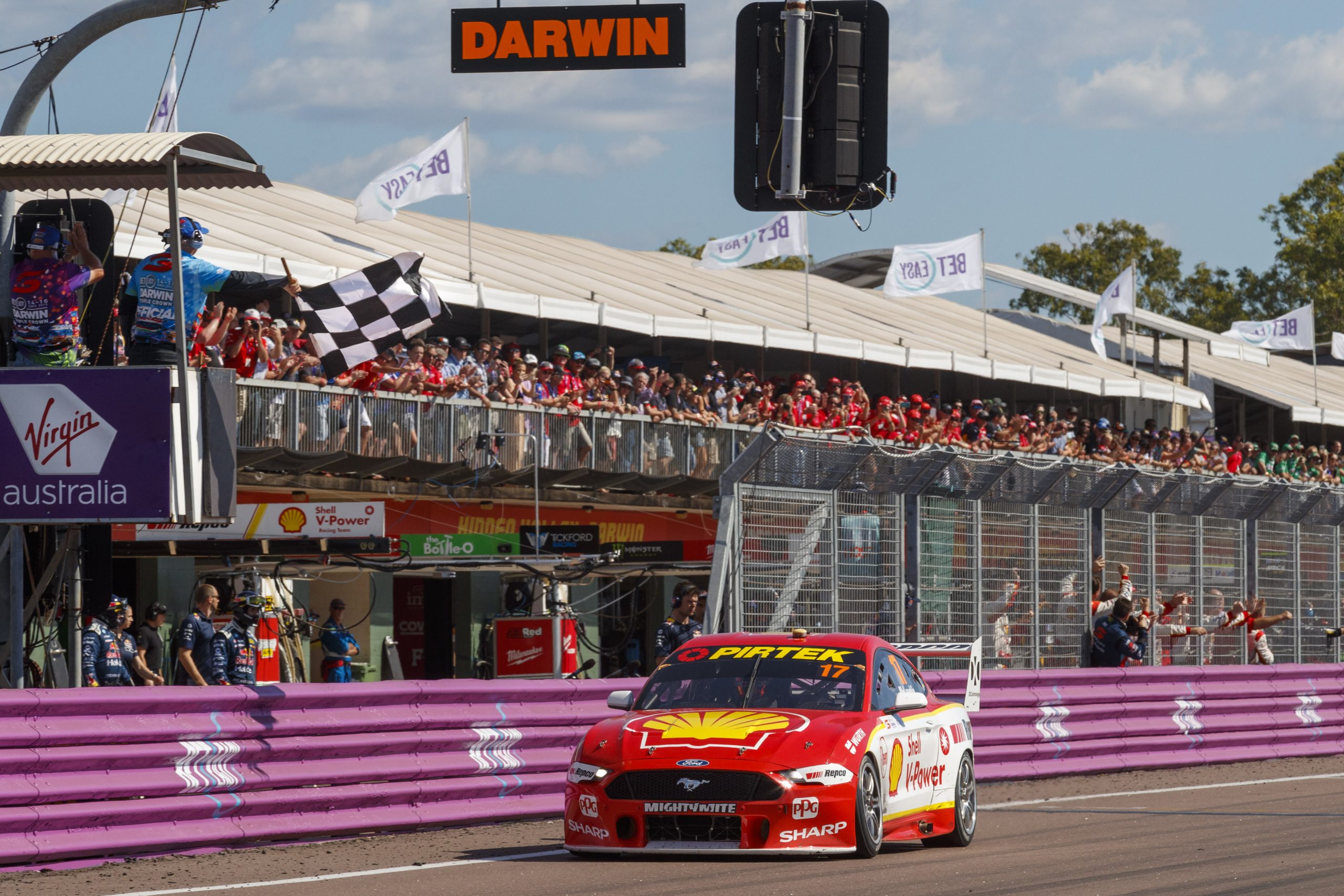 McLaughlin claims the crown in 2019

The Shell V-Power Racing Team driver controlled the Sunday race from pole, crossing the line a staggering 13.8s ahead of Reynolds, with Fabian Coulthard taking third.

“It’s an awesome thing for all our guys and girls at Shell V-Power Racing, Ford Performance, to be the first to win the Triple Crown is really cool,” McLaughlin said.

“It’s a big team effort. We’re missing our boy Richard [Harris, data engineer] at home in the UK, our thoughts are with him.

“I’ve got a great car, great team, the pitstops were unreal. I had a good battle with Fabs at the start. 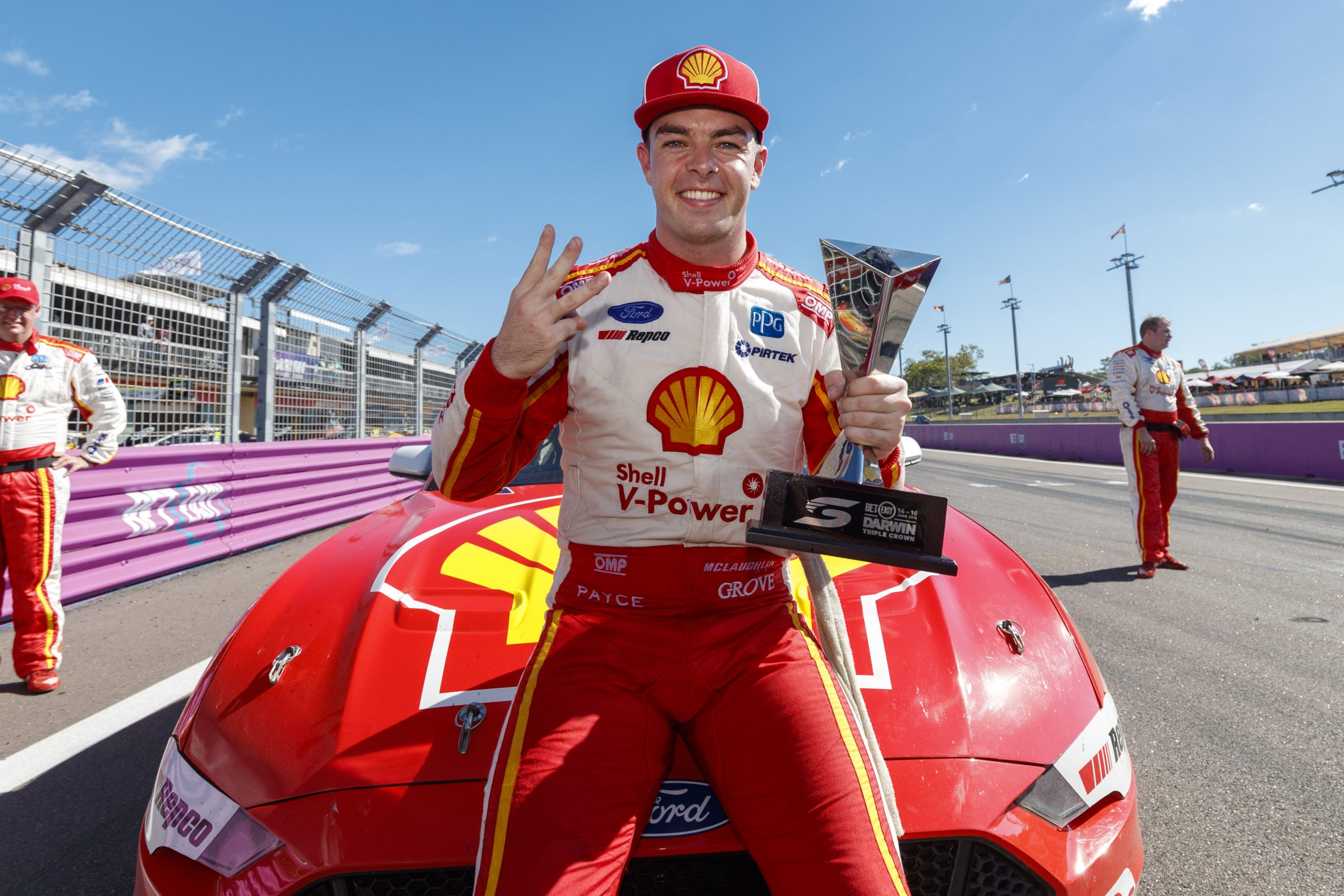 From 2020, the Triple Crown trophy was awarded to the driver that scored the most points across the weekend.

That honour fell in the lap of Whincup, who claimed the final win of the weekend following victories for Anton De Pasquale and McLaughlin.

Whincup claimed round honours on a countback due to his win, having ended the weekend level on points with Coulthard.

It came after both Whincup and McLaughlin were hit with separate penalties in the Saturday race, which saw De Pasquale claim his maiden race win.

Whincup was third on the road in the Saturday race, but a 15-second time penalty for an unsafe pit release dropped him to 17th.

McLaughlin was also penalised for overtaking James Courtney before the control line on a messy restart, and was classified a lowly 20th.

McLaughlin led Whincup in the first Sunday race, before Whincup returned serve in the finale to claim Triple Crown honours.

So, therein lies the challenge for drivers to become the third to win the Triple Crown, with the gong only awarded twice in 15 starts since 2006. 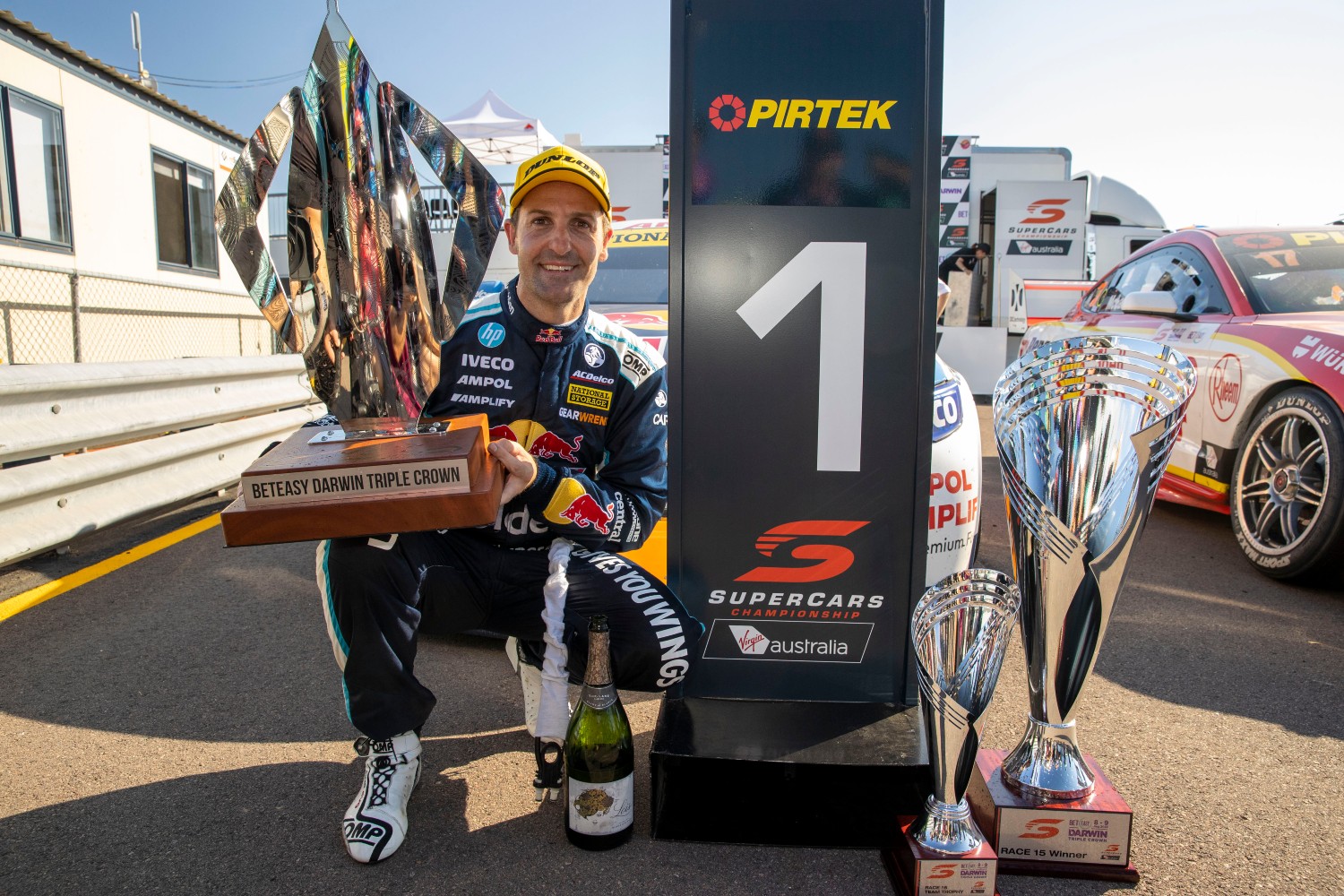 "That was a great battle,” Whincup said on Sunday.

"That reminded me of the old 2017/18 days where we were going head-to-head with these boys.

"We just kept chipping away at the car all weekend and made it fastest for race three.

"I thought after the penalty yesterday we were done and dusted for the Triple Crown but fantastic to have a great day and get right up there."