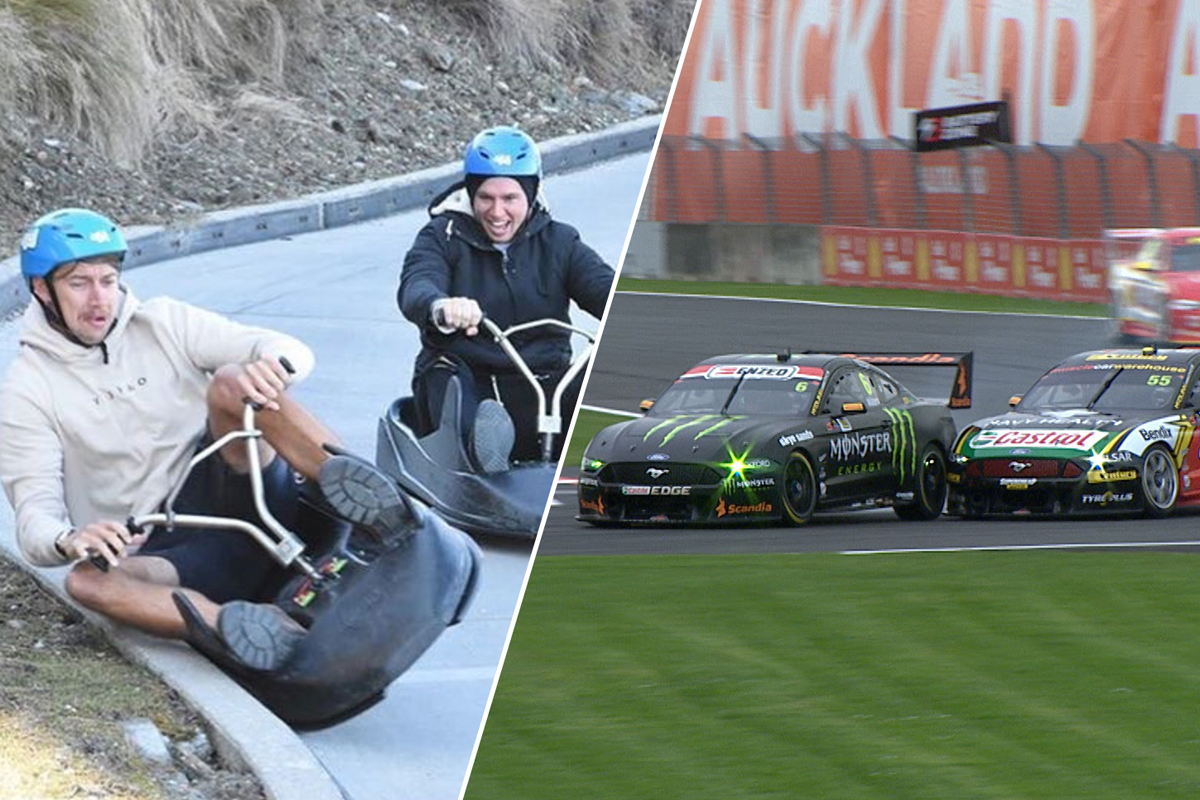 Cameron Waters joked that Tickford Racing needs to “strategise and get us apart” following his latest incident with teammate Chaz Mostert.

The pair clashed while battling for an effective third at the start of the final stint in the ITM Auckland SuperSprint opener, in an incident labelled “stupid” by team boss Tim Edwards.

Waters had locked up and run wide into Turn 5 while side-by-side with Mostert, causing contact and sending both across the grass.

The Monster Ford recovered to finish third, which would become second following a post-race penalty for Jamie Whincup.

Mostert was forced to pit with damaged steering, eventually taking the flag 14 laps down in last place.

“We were racing each other probably a little bit too hard,” said Waters of the incident.

“We've got a tendency to do that; we were at the hire karts the other day and took each other out in that as well.

“It's not great. We're teammates, you don't want to be running into each other.

“I don't know whose fault it is, it's probably a bit of both of us. But sorry to the #55 guys, we want all the cars to be up the front together.”

The pair had also tangled on a luge course while holidaying together in Queenstown ahead of the Pukekohe event.

Waters posted an image of the luge incident Instagram, humorously comparing it to Mostert’s clash with the Monster Falcon at Bathurst last year.

Get the move done whatever it takes hey @chazmozzie 😂 Who owes who? 🤔 #nz 🏌️‍♂️🤼‍♂️

“We managed to take each other out in the luge as well, we just push each other way too much every time we're together,” Waters continued.

“I think the team needs to strategise and get us apart.

“Obviously Chaz is probably disappointed at the moment, I'd be exactly the same if I was in his shoes.

“You don't want to be sitting out and having damage. But I think he'll appreciate that we were racing hard together, and we were trying to keep it as clean as we could.

“We'll be right, we'll laugh about it and buy each other a beer.”

Speaking immediately post-race, Mostert described his troubled day as the “story of my life”, but was pragmatic over the clash with Waters.

“It is what it is,” he said. “Sometimes you just made the smallest contact and these cars, we're wheel to wheel, you could easily brake something.”