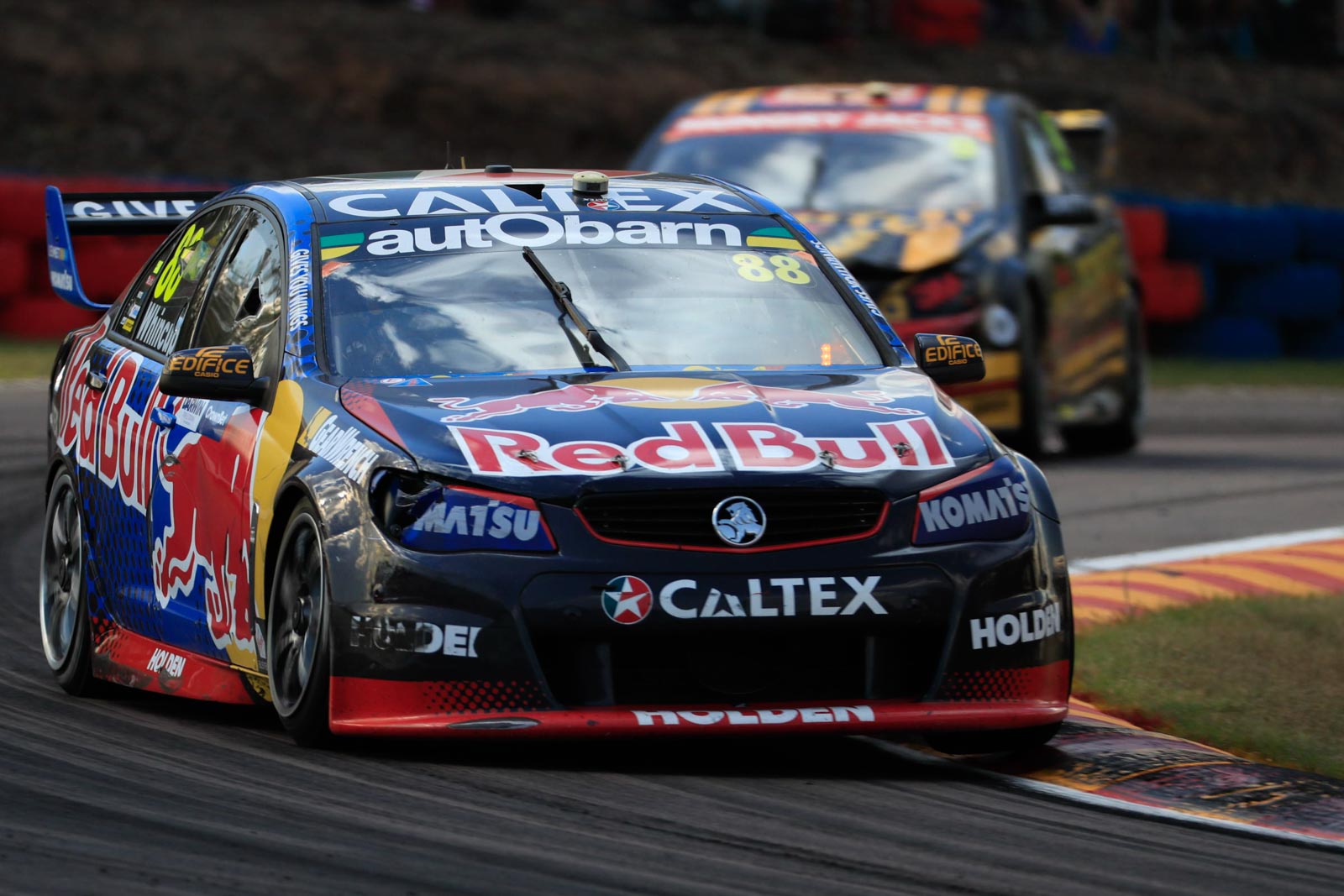 Jamie Whincup believes he doesn’t deserve to be leading the Virgin Australia Supercars Championship and says his number one spot on the points tally is down to good luck rather than strong performances.

The six-time champ has one race win to his name this season and is yet to record a pole position – but he leads the Championship by 30 points from teammate Craig Lowndes.

After finishing eighth in Sunday’s race at Darwin, Whincup said he was unsure and confused about why his Red Bull Commodore didn’t have any pace. That followed on from second on Saturday.

“With the job we’ve done, we should be well behind by now,” Whincup told supercars.com.

“We’re just lucky at the end of the day that no one else has really stepped up to the plate and kept us in the competition. If we’re not careful we’ll be out of the competition very quickly.”

The #88 racer says he has a talented crew on his car, recognising engineer David Cauchi and data engineer Romy Mayer (who joined the team from Germany at the end of last year), but is frustrated they are yet to assert their authority on this year’s Championship.

“It really disappoints me we haven’t been able to maximise – we’ve got all that resource and personnel, but to be honest, we’re really underachieving as far as our side of the garage goes,” Whincup said.

“I don’t make up any excuses, it’s been tough and things haven’t been going our way, we haven’t made any luck for ourselves at all this year.

“I really feel like we’ve turned things around and are in a really good place after Friday and even Saturday in Darwin. To have a really poor showing on the Sunday was disappointing but like always you’ve got to keep your head down and turn it around.”

Townsville – where the Supercars race in less than a fortnight – is a successful circuit for Whincup, who has seven wins on the street track while nearest competitors Mark Winterbottom and Garth Tander have three each.

Last year the round was crunch time for Triple Eight, with an engineer switch that saw Mark Dutton take over as engineer on #88 while Whincup languished in eighth in the title fight. While Whincup seems frustrated with current results, he doesn’t believe anything drastic needs to happen.

“We don’t need to do anything like that this year at the moment … it’s a collective, we’re not doing a good enough job as a group. It’s certainly not Cauchi’s fault at all – although any engineer is on the chopping block all the time.

“I put my hand up, I’m sure the guys on car 88 put their hand up and say, ‘hey, we need to make a step up’ and we’ll continue with the fun and see how we go at Townsville.”

He said there was nothing in particular the team was focusing on, “just trying to piece the little bits of the puzzle together to be in a better position overall”.

While he has the advantage on the points table at the moment, Whincup is mindful that could change if he doesn’t step up in Townsville.

“We’re very lucky to be in that situation,” Whincup said.

“I just want to be a genuine championship leader rather than getting lucky from other people’s misfortunes.”

‘Frosty’ warms up in Townsville

Too happy to be sad

On This Day: Moffat’s title breakthrough