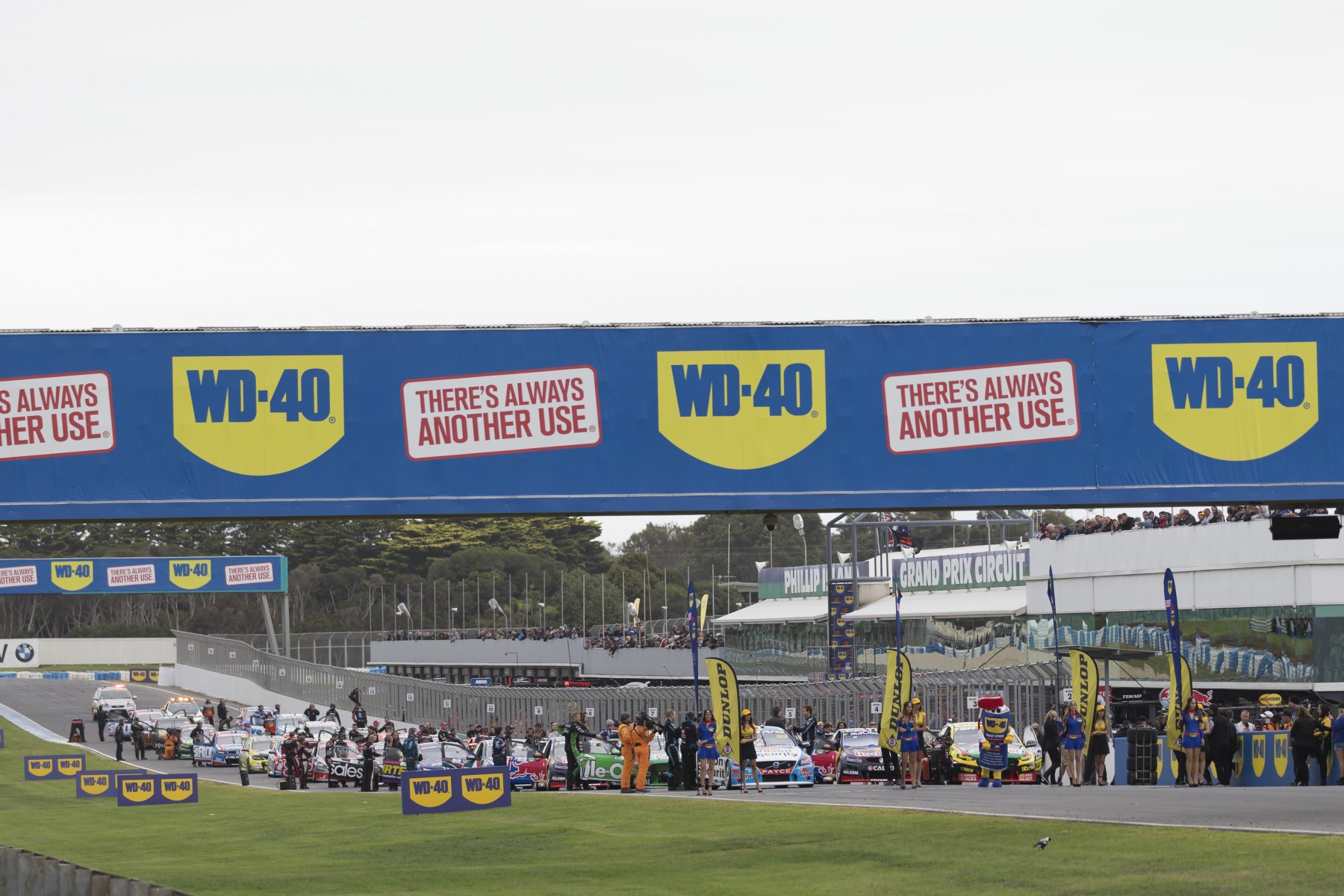 One of the world’s most recognisable and popular high-performance products, WD-40, will be stocking pit lane this weekend.

The WD-40 Phillip Island 500 is set to be one of the toughest weekends of racing during the 2017 Virgin Australia Supercars Championship with two gruelling 250km races.

It is the third year WD-40 has been naming rights partner of the event which will host the longest single-driver championship races at Phillip Island since the 500km enduros in 1976 and 1977.

Supercars Australia Managing Director Matt Braid said partnering with WD-40 added to the extensive list of long-term supporters of the sport and its events.

“WD-40 has been an incredible partner over the past three years at one of the world’s best racing circuits and one of our very favourite events,” Braid said.

“With this year’s long distance races we expect the WD-40 Phillip Island 500 to be a feature of the year, particularly with the resurgence of Shell V-Power Racing and what has been a spectacular start to the season.”

Nick Roberts, WD-40 Country Manager said: “It seems everyone, including Supercars mechanics, has a story of how WD-40 has helped them clean, lubricate, protect, penetrate and displace moisture.

“While our signature blue and yellow can will be busy in pit lane, there will be the WD-40 Truck located in Merchandise Alley with free gifts and photos for fans who will also be able to stop for a photo with the WD-40 Supergirls and the WD-40 Can Man.”

Practice begins on Friday 21st April with the first 250km race to be held Saturday afternoon and qualifying and the second race held on Sunday.

Tickets for the WD-40 Phillip Island 500 are available through Ticketek.

Every practice, qualifying and race, as well as support categories, from the WD-40 Phillip Island 500 will be broadcast live, ad-break free on Fox Sports 506 on Friday, Saturday and Sunday.

Highlights on Saturday at 8.30pm on ONE and Sunday at 4.00pm on NETWORK TEN. For the full TV Schedule of the WD-40 Phillip Island 500, head to supercars.com/tv-schedule.