Chaz Mostert will carry a refined livery on his Mobil 1 Appliances Online Racing Holden at the Beaurepaires Melbourne 400.

The new-for-2020 combination lived up to expectations in Adelaide, with Mostert taking a second-place finish in just his second race for the team.

His #25 Commodore will take a modified look going forward – featuring more white on its sides– in what Walkinshaw Andretti United co-team principal Bruce Stewart says is a throwback to the squad’s early years.

The tweak comes with Holden now officially in its final year of operation.

“We are saluting the heroes of Holden with this livery update, while also paying tribute to the history of our team with a modern adaptation of an iconic colour-scheme,” Stewart said.

“The white and blue is iconic in our sport and brings back so many fantastic memories. It’s Brock, it’s HRT, it’s Mobil 1.

“Blue and white was renowned with our team during the early years and it’s only fitting it’s returning for Holden’s final year in Supercars.

“A special thanks must to out to our fantastic partner Appliances Online for allowing this livery development and embracing our team’s heritage.

“We’ve shared an incredible journey with Holden over the last three decades and we want to send them off in the right way.”

Mostert has identified the Albert Park round as a key test of the team’s progress, given WAU’s history of performing strongly in Adelaide before struggling elsewhere. 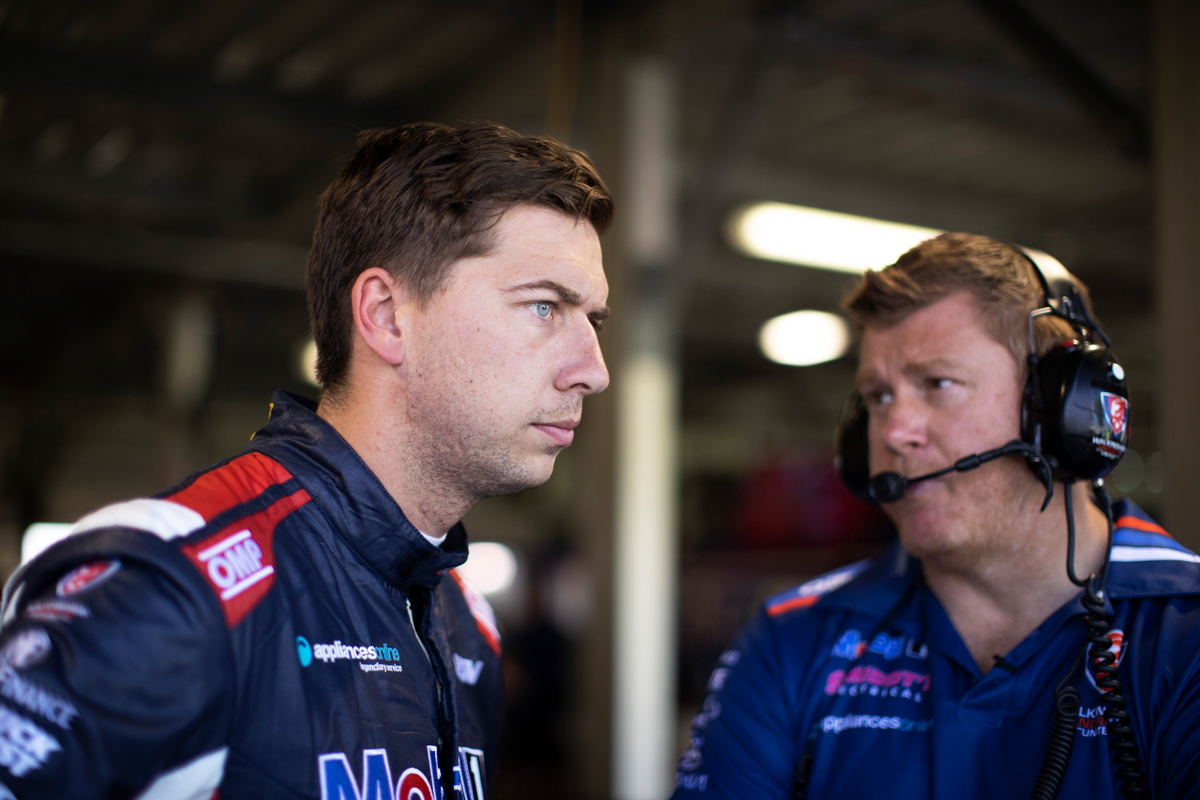 “For me it’s pretty special to head back to Albert Park after winning the Larry Perkins Trophy last year,” he said.

“It’s really cool to be part of a new team and to keep building that momentum after Adelaide.

“Albert Park is a completely different style to Adelaide, so it’s going to be a real test, but we are all excited for the challenge.

“I’m super pumped to get there and race hard across all four races this weekend.”

His rookie teammate Bryce Fullwood will be out to bounce back from a challenging debut in Adelaide, which left him 18th in the standings.

“I can’t wait to get back behind the wheel this weekend,” said Fullwood, whose Mobil 1 Middy’s Racing paint scheme will remain unchanged.

“It’s a new track for me, having never raced there before, so there will be a lot to learn early, but I’ve been in at the workshop on the simulator which has helped a lot.

“There was a lot to learn in Adelaide for sure, but the first round is under my belt, I know what to expect, so now we can get stuck into the rest of the season.

“It’ll be really cool to share the track with the F1 guys, I’m looking forward to that.”