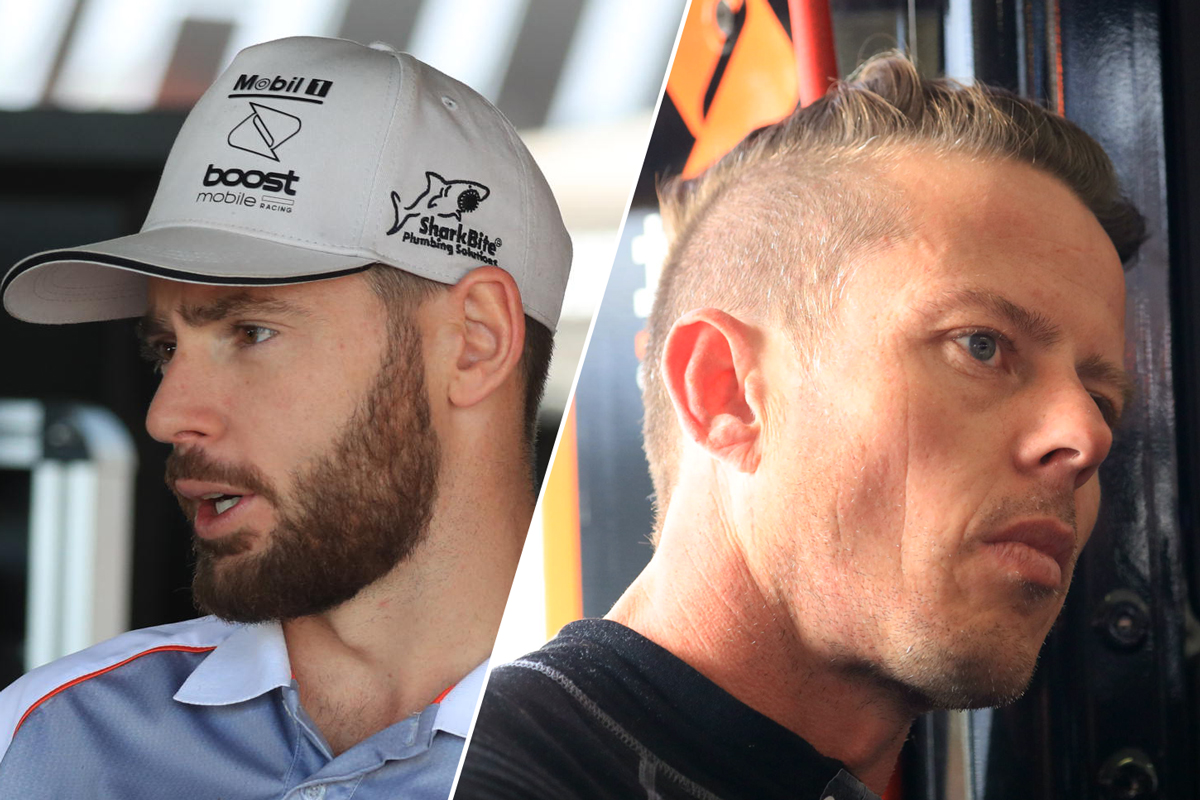 The cars of Courtney and Tickford Racing’s Mark Winterbottom were forced to pit to repair damage after a melee at Turn 4 on the first of 65 laps.

Pye had ranged down the inside of Courtney into the corner, as Courtney was also making an inside move on Winterbottom.

The two Mobil 1 Boost Mobile Holdens made minor side-to-side contact, while a hit between Courtney’s right-front and Winterbottom’s left-rear spun the Ford.

Speaking shortly afterwards, while his car was being repaired, Courtney labelled Pye’s move as silly.

“I don’t know what Scott was thinking. He pushed into the back of me and then me into Winterbottom,” he told the television broadcast.

“It was a very silly thing to do first lap with your team-mate on the first lap of a 200km race. It’s for the [team] to sort out and see what he was doing.”

Supercars' Deputy Race Director Michael Masi reviewed the incident post-race, but deemed none of Pye, Courtney or Winterbottom were wholly to blame.

Pye, who finished 19th, told Supercars.com while the investigation was ongoing that he did not feel he was to blame for the incident.

“[Courtney] went off at the exit of Turn 3 and was going slow up to 4. I thought the move was on so I took the gap,” said Pye.

“I pulled up alongside and braked beside his door, didn’t lock a wheel or anything and made the apex.

“I went across the apex kerb and saw someone (Winterbottom) come across his right-front wheel and I think it broke his steering. The damage is on his front-right and I was on his left.

“[But] it’s obviously disappointing for the crew and if it was my move that put James in that spot then it’s a real shame.”

Courtney was not classified as a finisher after failing to complete the required laps, while Winterbottom completed 61 laps to wind up 26th.

Winterbottom said he was unsurprised by Pye’s claim of innocence.

“He’ll probably try and defend it because rule 101 is don’t smack your team-mate and he’s drilled him from quite a distance back,” he told Supercars.com.

“It wasn’t just a nudge, it was quite a distance back. I’m sure they’ve got internal things they need to address with each other and I’m just the aftermath of the crash.”

“For us, it's not a situation we want to be in, really. Contact between your cars is in our opinion avoidable,” he said.

“We've spoken already. We've started the process because you've got to address it as soon as you can.